Hero of battle of Longewala dies

Hero of battle of Longewala dies 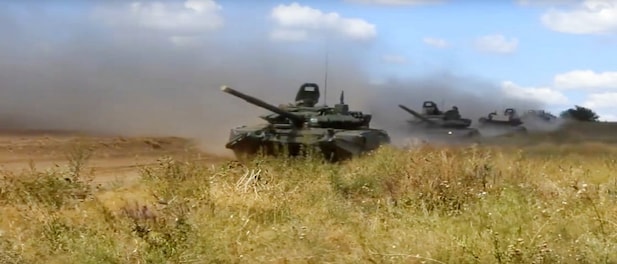 Hindi film 'Border', in which actor Sunny Deol played the role of Brig Chandpuri, was also made in 1997 depicting the Indo-Pak war in Rajasthan.

Brigadier Kuldip Singh Chandpuri (retd), who is known as the hero of the historic 1971 battle of Longewala, died Saturday in a private hospital in Mohali, his family said.

He was 78. Brig Chandpuri was suffering from cancer, his family said. He is survived by his wife and three sons.
Hindi film 'Border', in which actor Sunny Deol played the role of Brig Chandpuri, was also made in 1997 depicting the Indo-Pak war in Rajasthan.
Brig Chandpuri was a Maha Vir Chakra awardee. The battle of Longewala (1971) was one of the first major engagements in the western sector during the Indo-Pak war of 1971, fought between assaulting Pakistani forces and Indian defenders at the Indian border post of Longewala in the Thar desert of Rajasthan.
A company of the Indian Army's 23rd battalion, Punjab Regiment, commanded by Maj Kuldip Singh Chandpuri, was left with the choice of either attempting to hold out until reinforced, or fleeing on foot from Pakistani force.
Choosing the former, Chandpuri ensured that all his assets were correctly deployed, and made the most use of his strong defensive position, and weaknesses created by errors in enemy tactics.
Check out our in-depth Market Coverage, Business News & get real-time Stock Market Updates on CNBC-TV18. Also, Watch our channels CNBC-TV18, CNBC Awaaz and CNBC Bajar Live on-the-go!