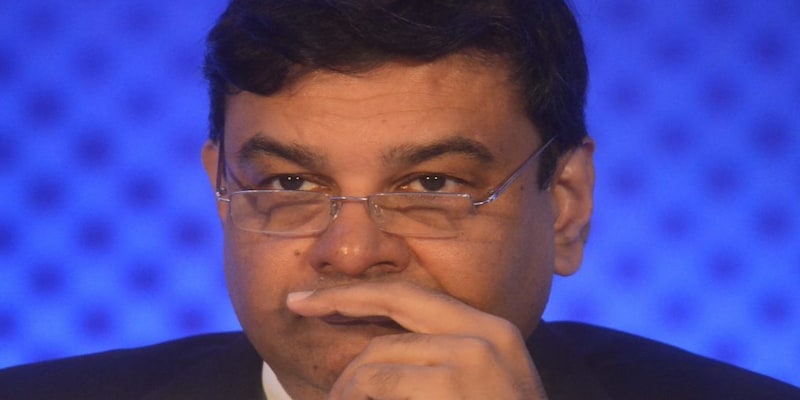 The Reserve Bank of India (RBI) will probably raise interest rates for the first time since January 2014 on Wednesday and provide guidance on keeping inflation in check.

The central bank's surprising hawkish tilt revealed in its April policy minutes and the recent spike in oil has boosted speculation the authority may lift rates at its meeting later in the day.
The RBI’s monetary policy committee (MPC) meeting for the second bi-monthly monetary policy review for 2018-19 started on June 4, and the resolution of the MPC will be announced after 2.30pm on June 6.
A majority of the economists in CNBC-TV18’s MPC have asked for a rate hike looking at the sheer rise in core inflation, i.e. inflation excluding food and fuel. Core inflation jumped to 5.92% in April versus 4.9% five months ago in November raises the possibility of headline inflation following suit.
While India’s economy expanded 7.7% in the March quarter -- the fastest pace among the major growing economies -- elevated oil prices pose risks to consumer prices and future growth prospects.
"There is a somewhat weakening currency and there is a somewhat loosening risk of a fiscal, so this combination of high growth, high inflation, loose fiscal and weaker currency in our view has to be combated to some extent by a tighter monetary policy, otherwise you might soon lose the equilibrium parts completely," Samiran Chakraborty, chief economist at Citibank said.
JP Morgan's Asia Economist Sajjid Chinoy also flagged inflation as the prime concern for the central bank.
"If your medium term target is 4 percent, it is an early inflation targeting regime and your forecast is 5 percent that should be enough for the RBI to tighten monetary policy even if there is not so much conviction on domestic growth and global growth growing gangbusters," said Chinoy.
Economists expect the central bank to send a clear signal to the market that it’s bulking up its defence against another ‘external shock’ that could push the rupee into another free fall.
Without any policy support, ING Bank expects rupee to weaken to 68.3 against the US dollar by the year end versus their earlier forecast of 66.6. The partially converted currency  closed at 67.15 against the US dollar on Tuesday, down 0.06% from its previous close of 67.11.
Oil is not well
Nomura's Chief India Economist Sonal Varma highlights the incremental upside risks to inflation because of oil and weakening rupee.
"Clearly the global environment has completely changed in the last couple of months given the increase we have seen in oil prices along with the stronger dollar ... So I think from an inflation targeting perspective itself, the changing global environment clearly means an upside risk to the inflation outlook," said Varma.
Every $10 per barrel increase in oil prices will worsen India’s current-account balance by 0.4% of gross domestic product and raise inflation by 30-40 basis points, according to Nomura.
Since the last monetary policy meeting on April 5, crude oil prices have gone up by 10%. For the baseline estimate, the MPC had assumed an average level of $68 to a barrel for crude oil in 2018-19.
Rate hike already priced-in?
Bond yields in India have already factored in nearly three rate hikes. The gap between the 10-year government bond yield and the RBI’s benchmark repurchase rate widened as much as 190 basis points earlier this month, the most since 2013.
"Irrespective of whether the RBI gives a signalling device to the (bond) market in terms of a rate hike or change unchanged, the markets have already factored in and the markets are in a very tight spot," said Soumya Kanti Ghosh, chief economic advisor at State Bank of India.
Poll-bound Modi holds key
Pronab Sen, Former Advisor at Planning Commission said the government is a key player and a lot depends on the reforms the center announces that will help push economic growth.
" So, if the government remember, we are coming into an election year and if the government gets the feeling that RBI is actually holding that growth, you may see a reaction on the other side, which will undo whatever RBI is trying to do and that becomes an unstable equilibrium", said Sen.
Prime Minister Narendra Modi's Bharatiya Janata Party Modi faces general election in 2019. The BJP and its allies rule 21 of India’s 29 states currently, up from seven they ruled in 2014.
POLICY EXPECTATIONS
Ghosh: No hike or change in stance expected.
Chakraborty: Yes, a hike of 25 basis points along with a tightening of stance.
Chinoy: Hike expected along with a tightening of stance.
Varma: Hike expected along with a tightening of stance.
Sen: RBI may hold rates but tighten policy stance.
Follow our full coverage of RBI Monetary Policy here.
Check out our in-depth Market Coverage, Business News & get real-time Stock Market Updates on CNBC-TV18. Also, Watch our channels CNBC-TV18, CNBC Awaaz and CNBC Bajar Live on-the-go!