Updated : January 12, 2019 12:52 PM IST
A luxury resort, an airport and a museum have turned this ancient kingdom of the Vijayanagar empire into India’s newest luxury destination.
The Vidyanagar airport ensures that travellers reach Hampi in about an hour-and-a-half from Hyderabad and Bengaluru, instead of the earlier seven hours it would take.
Evolve Back Kamalapura Palace is Hampi’s first, and sole luxury resort that marries architectural style of the ruins with contemporary luxury facilities.

Google Hampi and what you get is a wide range of information about the UNESCO World Heritage Site — a surreal landscape of stunning ruins that pepper the seat of power of the Vijayanagar Empire, one of southern India’s biggest empires which ruled between 14th and 16th century; its 1600-odd temples, bazaars and palaces and its gigantic bulbous granite rocks, eroded by nature into surreal shapes. Not to miss Hampi island or its backpackers haven, with a never-ending gaggle of cafes and open-air restaurants, and its popularity among adventure seekers who come looking for bouldering experiences. The splendid ancient metropolis was once home to traders and kings, warriors and priests. Today, it is known for its evocative ruins.

Yet, in more recent months, Hampi has begun its march towards an entirely new kind of identity — as a destination for luxury travellers from across the world. During my three days in the lost city which is much loved by heritage aficionados and backpackers, I met travellers seeking out local experiences, exploring farm-to-table dining and enjoying its abundant birdlife. Among them was Tim Hastings who owns a few restaurants in and around London and two organic farms in Canterbury. This was Hasting's third time in India. “Hampi seemed way out and offbeat, but I am surprised to see it has several interesting experiences besides the temples and ruins, of course. We have had picnics organised by the riverside, we have been on coracle rides, enjoyed a traditional meal, visited a sloth bear sanctuary and also seen an interesting museum exhibit.” 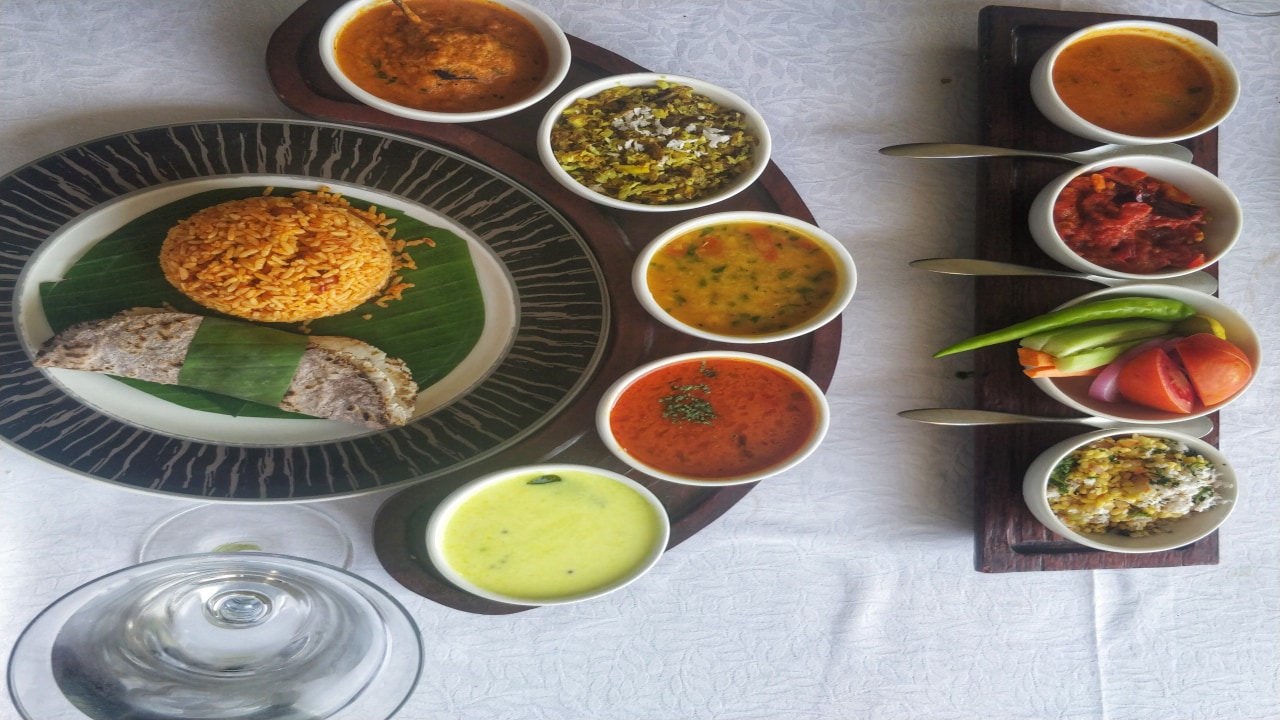 Hampi has a never-ending gaggle of cafes and open-air restaurants, and its popularity among adventure seekers who come looking for bouldering experiences.

The exhibit he is talking about is the ‘Place Hampi’, a new media art installation. You put on 3D glasses and virtually manoeuvre your way through the ruins of Hampi. Created by two Australian historians who spent years studying and documenting them, their work was discovered by the Jindal family at a museum in Melbourne. They replicated it closer to home, in a cultural centre called Kaladham at Vidyanagar.

The destiny of India’s premier heritage destination has been transformed by two recent occurrences. The first, opening of Hampi’s sole luxury resort, at least for now. Evolve Back Kamalapura Palace stands in a quiet corner of the eponymous town just outside Hampi. The destination’s first luxury resort is designed to resemble the original palace of the Vijayanagar emperors and marries ancient architectural elements with modern luxury. Evolve Back (formerly Orange County) is given to creating interesting experiences steeped in local culture.

Evolve Back (formerly Orange County) is given to creating interesting experiences steeped in local culture. “Our philosophy revolves around nurturing our past which is why in Hampi, we have referenced local architecture for the resort,” says Jose Ramapuram, Director Marketing, Evolve Back Luxury Resorts. “We generally are present in unexplored destinations that are naturally beautiful and are high on experiences that mainstream destinations lack. When I mean unexplored, I mean by luxury travellers. So, if Coorg has coffee, Kabini has forests, and Hampi has a heritage that very few destinations boast of. The idea to create a palace hotel in Hampi, which had no luxury resorts, which would make the destination far more accessible to well-heeled travellers.” 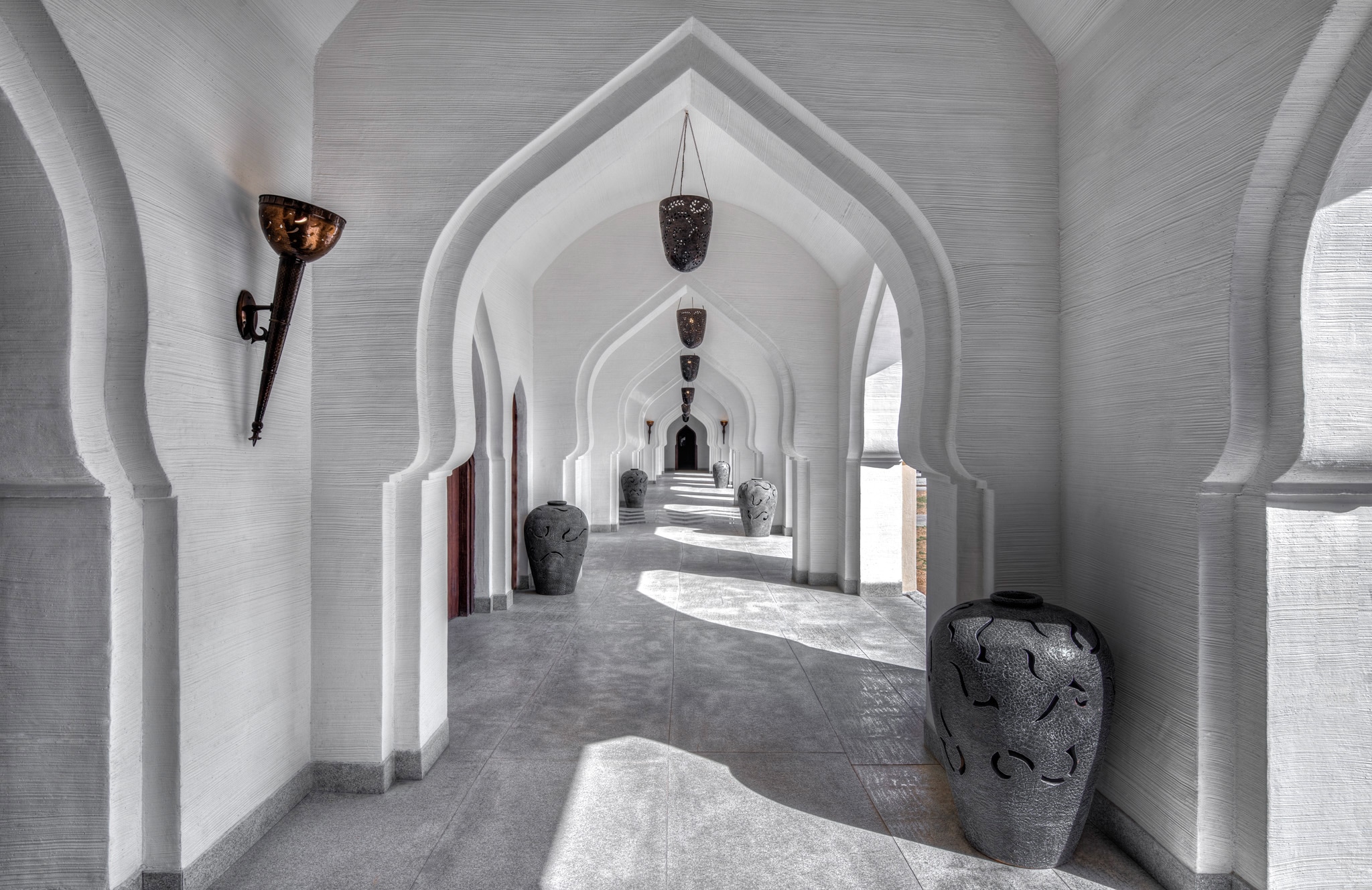 Evolve Back Kamalapura Palace stands in a quiet corner of the eponymous town just outside Hampi.

The hotel’s architectural sweep starts right at the gate, from where a tree-shaded driveway flanked by a long water channel leads to suites and villas. The resort is marked by sweeping verandahs, Islamic-style arches that are reminiscent of the military architectural style of ancient Hampi, water troughs that run across the open courtyard, connecting it through the restaurant Taluva (named after one of Vijayanagar’s dynasties), with the gardens and infinity pool and nook seating. The fort-like resort makes several allusions to the Anegundi Fort with its rounded fortifications and a driveway inspired by the stone-paved boulevards that hedged Hampi’s famed carved temples. The suites and villas with private plunge pools references the zenana or the women’s section in palaces, with their softer colours, diaphanous curtains and luxury in form of a Jacuzzi, some even in the middle of the suites. The resort is marked by sweeping verandahs and Islamic-style arches.

There is a flautist playing in the evenings at the head of the water channel in the courtyard, while people settle down for a drink or dinner. There is a full-facility Vaidyashala or Ayurveda spa and Bahmani, a specialty restaurant that serves food from the Bahmani Sultanate, both housed in a replica of the famous Lotus Mahal. There are dining options such as picnic lunches close to the antediluvian temples and romantic dinners in the canopied Mantapa overlooking a lotus pond. There are story-telling sessions about Vijayanagar’s powerful emperors and its ancient riches, hosted in oil lamp-lit domed rooms. And old Indian games such as chaupar are available to play. Ramapuram says, “The idea is to create experiences and facilities within and outside the property that ensures a guest’s stay is interesting.” Evolve Back Hampi cites adoption of a local school, an old temple and an elephant stable, their production of power within the hotel complex, as their attempt at responsible tourism and community involvement. The setting is perfect if you are searching for a travel experience that marries an age-old destination strewn with perfectly preserved ruins of a powerful kingdom, with the luxury of an upscale hotel that you expect to find in major cities across the world.

The opening of the quaint Jindal Vidyanagar Airport, once a private landing strip for JSW Steel which operates a steel mill in the nearby village of Torangallu, has changed the fortunes of Hampi. The Karanataka government and the Airports Authority agreed to run commercial flights to this tiny airport a while ago. TriJet, a regional airline, now operates two flights per day, from Hyderabad and Bengaluru, both a mere hour-long haul from the two major southern cities.

Surrounded by lush greenery, the airport has a glass-encased check-in area (overhung with fish-ceiling sculptures in apparent reference to the fresh water fish that Hampi river is famous for) and a little sheltered check-out area, outside the glass box, where your luggage comes stacked on a tractor-pulled caravan. The journey to Hampi from Hyderabad or Bengaluru would have taken anywhere between eight to ten hours in the past, depending on the condition of the roads. Today, the Vidyanagar to Kamlanagar distance is a comfortable 45 minutes on NH48, across an unreal landscape of red hills (some of them mined), giant boulders, paddy fields and banana plantations.

Ramapuram says, “The airport has definitely changed the profile of the traveller to Hampi. I see a much more evolved traveller, one who has an interest in culture and local experiences, coming in and that is good for any destination.” This is the kind of traveller who likes to spend money on authentic experiences.

The Archeological Survey of India (AAI) reveals that nearly seven lakh travellers visited Hampi till February 2018, of which about 50,000 were international visitors — a mere drop in the ocean when you consider the potential. They are here largely for the Vittala temple complex which houses the famous tone chariot and musical pillars, on which even a light tap by expert hands can produce sounds of various instruments, including the mridangam; the 16th century Lotus Mahal with gentle domes, elephant stables and gardens; and the 7th century Virupaksha temple, the only one which still functions as a place of worship. 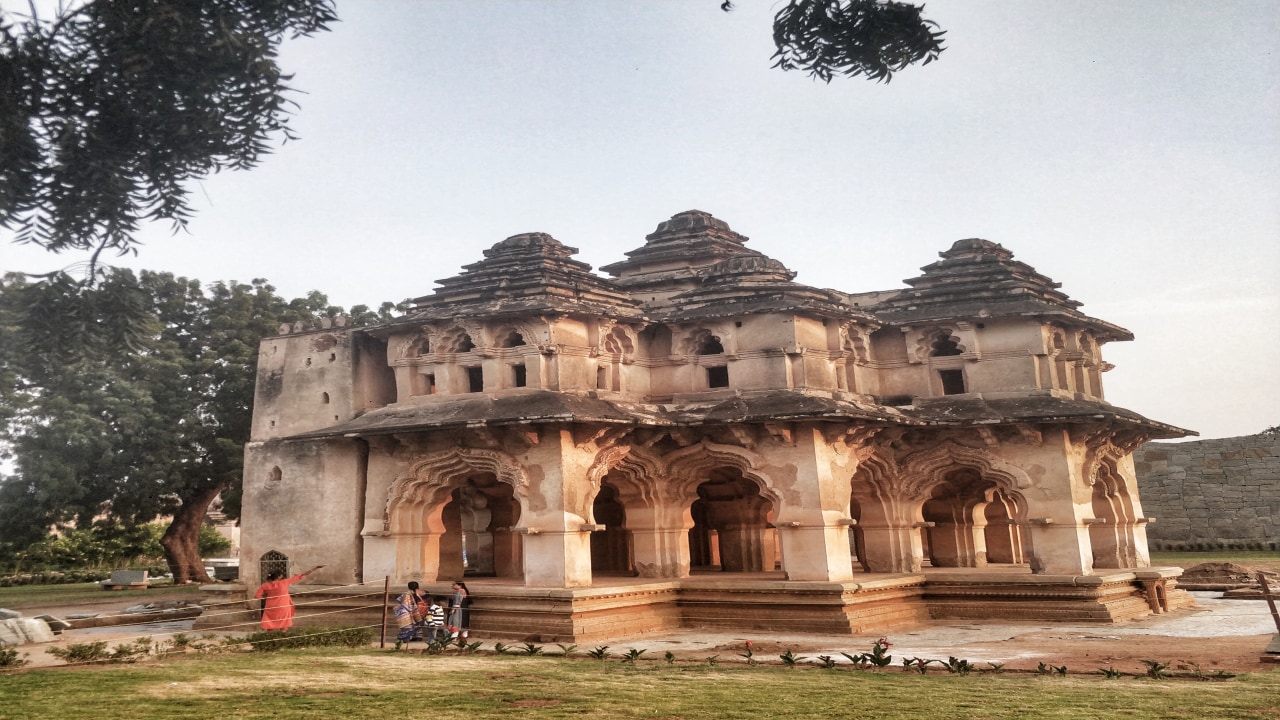 The Archeological Survey of India (AAI) reveals that nearly seven lakh travellers visited Hampi till February 2018
While no one wants to go on record about this, locals I meet tell me that AAI is attempting to convince the handful of families who still live within the heritage zone of Hampi, to shift to neighbouring villages in lieu of a compensation. The move is necessitated by the fact that some of structures in Hampi have been taken over by locals to build homes and stores, especially just outside Virupaksha temple. Shifting families out would allow AAI and the state government to convert Hampi into India’s first heritage town which is completely protected under UNESCO rules.
Tags economy Evolve Back Kamalapura Palace Hampi Travel UNESCO Views World Heritage Site