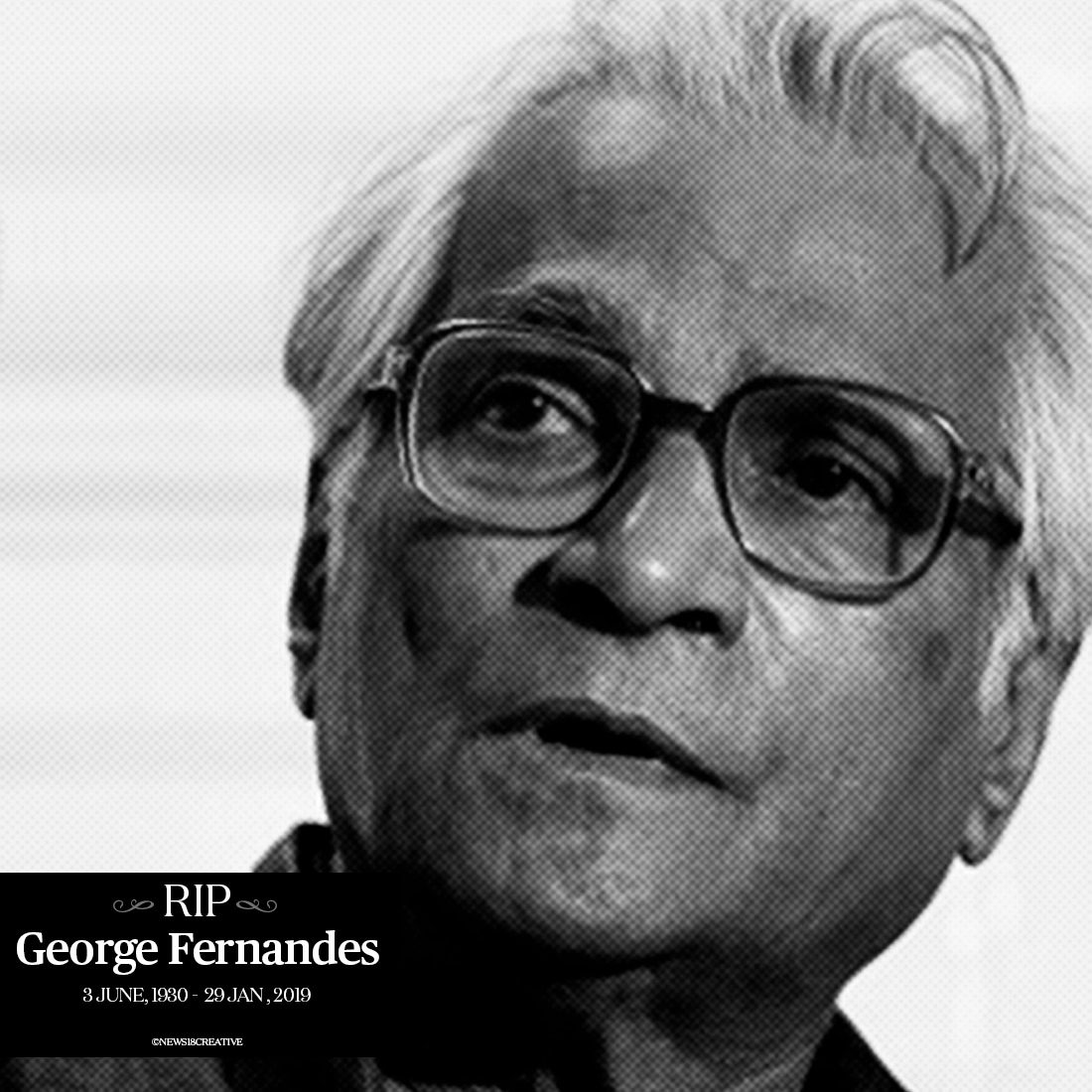 Frank and fearless, forthright and farsighted, he made a valuable contribution to our country. He was among the most effective voices for the rights of the poor and marginalised.Saddened by his passing away.— Narendra Modi (@narendramodi) January 29, 2019

When we think of Mr. George Fernandes, we remember most notably the fiery trade union leader who fought for justice, the leader who could humble the mightiest of politicians at the hustings, a visionary Railway Minister and a great Defence Minister who made India safe and strong.

During his long years in public life, George Sahab never deviated from his political ideology. He resisted the Emergency tooth and nail. His simplicity and humility were noteworthy. My thoughts are with his family, friends and lakhs of people grieving. May his soul rest in peace.