GDP preview: What analysts expect from India’s growth in July to September quarter of FY23

GDP preview: What analysts expect from India’s growth in July to September quarter of FY23

Goldman Sachs expects the Indian economy to grow at 6.3 percent year-over-year, Santanu Sengupta, India Economist at the US-based global investment bank said on Tuesday, a day ahead of the release of the second quarter GDP numbers on Wednesday.

This compares to the Reserve Bank of India’s (RBI) projection of 6.3 percent GDP growth during the quarter review. State Bank of India (SBI) expects the economy to have grown 5.8 percent while Crisil has estimated 6.5 percent growth. 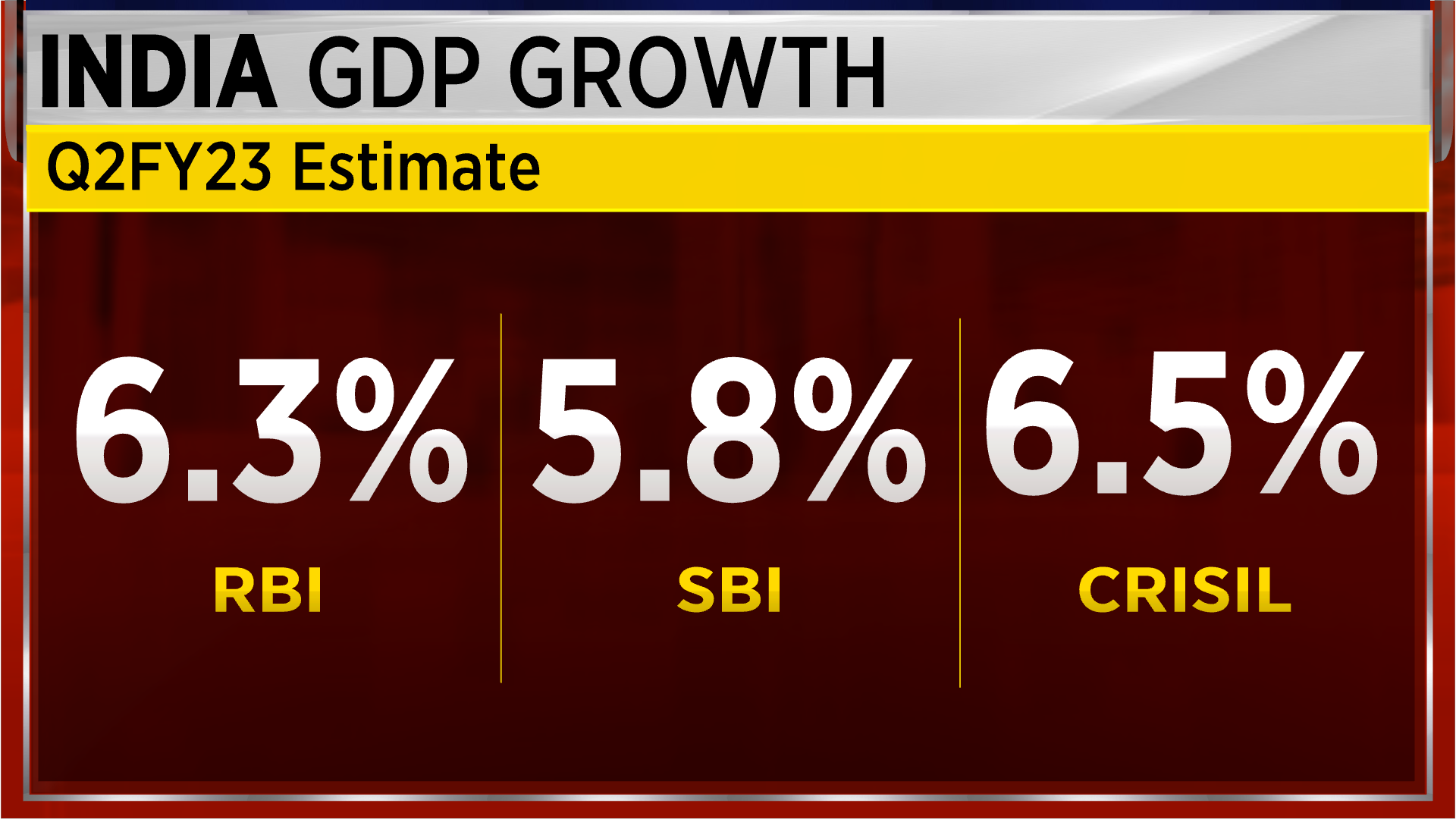 In a report on Monday, SBI Research headed by Soumya Kanti Ghosh said corporate results, operating profit of companies, excluding banking and financial sector, degrew by 14 percent in Q2FY23 as against 35 percent growth in Q2FY22, though the top line continued to grow at a healthier pace. Net sales grew by 28 percent, while the bottom line was down by around 23 percent from the year ago period.
Further, corporate margin seems to be under pressure, as reflected in results of around 3,000 listed entities, excluding banking and financial sector, due to higher input costs with declining operating margins, from 17.7 per cent in Q1FY22 to 10.9 percent in Q2FY23. The market estimates range wide between 5.6 percent and 6.5 percent. “We are looking at 6.3 percent year-over year and that is not very different from consensus at around 6.2 percent,” Goldman Sachs’ Sengupta told CNBC-TV18.
Also Read: Samvat 2079 | GDP growth trend appears to be better than feared: Neelkanth Mishra
Sengupta noted that with the budget coming up, there is a lot of discussion on next year's gross domestic product (GDP) and inflation numbers as these factors will be responsible for the nominal GDP, tax assumptions, and deficit assumptions. 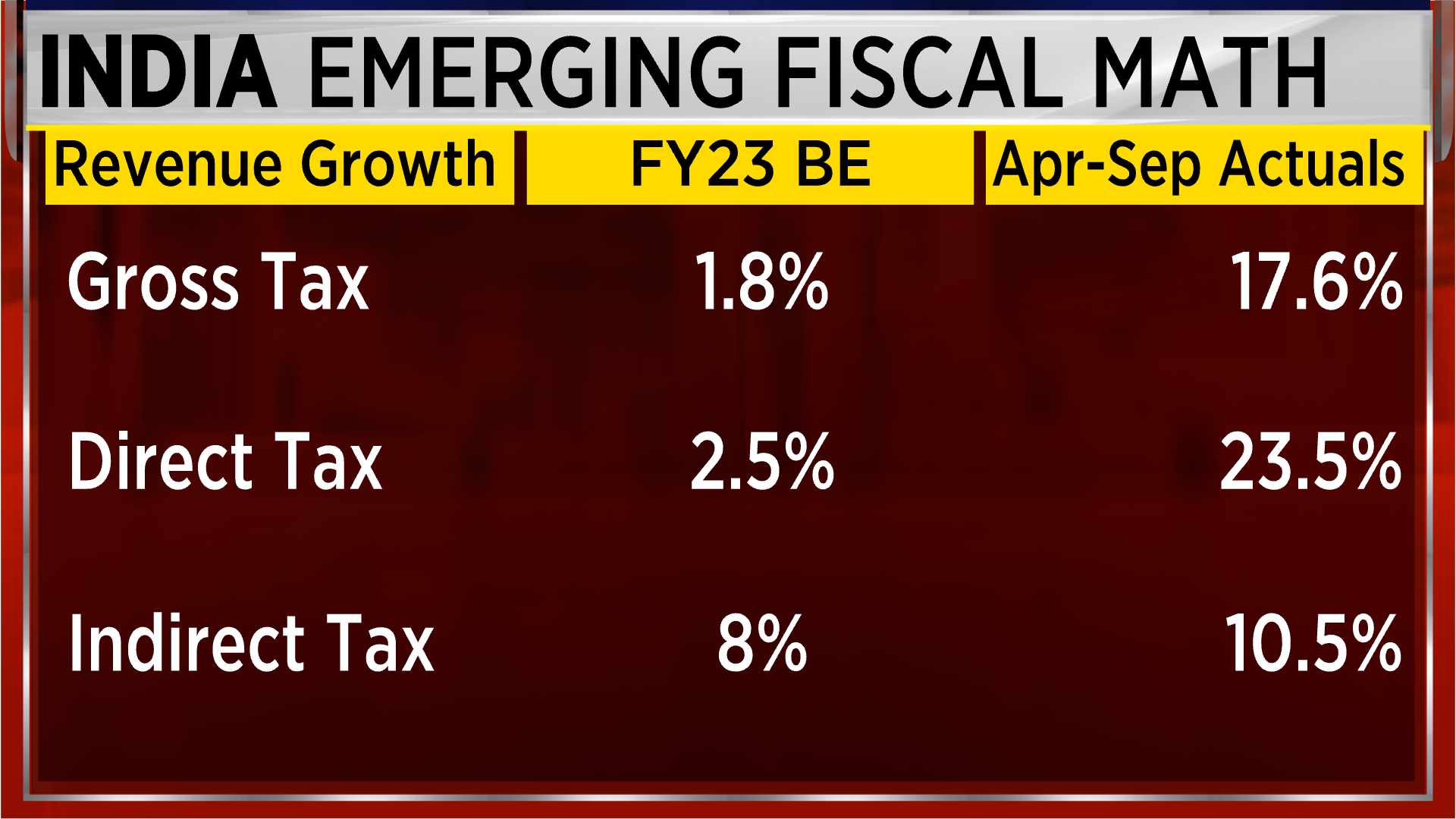 According to him, the reopening boost seen on consumption and services is fading and will fade further into 2023. “The monetary policy tightening cycle that is seen, with financial conditions tightening, will start weighing on domestic demand as well. Overall we are looking at 6.3 percent year-over-year,” he said.
His remark comes days after Goldman Sachs lowered its GDP projection for the calendar year 2023 to 5.9 percent from an estimated 6.9 percent this year. Sengupta added in the fiscal 2022-2023, a YoY growth of 7.1 percent is expected and 6 percent for FY24.
Also Read: Metaverse impact on Asian GDP could hit $1.4 trillion by 2035: Deloitte
Earlier this week, Moody’s Investors Service lowered 2022 real GDP growth projections to 7 percent from 7.7 percent earlier. It said that it is expecting growth to decelerate to 4.8 percent in 2023 and then to rise to around 6.4 percent in 2024.
For more details, watch the accompanying video
Check out our in-depth Market Coverage, Business News & get real-time Stock Market Updates on CNBC-TV18. Also, Watch our channels CNBC-TV18, CNBC Awaaz and CNBC Bajar Live on-the-go!
Tags