FY20 GDP estimates: What the government and RBI likely to do next

India’s advance FY20 GDP growth estimates, which project economic growth at 5 percent, may force the government to prepare more measures in the next Union Budget to be presented on February 1.

Economists expect the finance ministry to announce concessions in the personal income tax and increase government spending on infrastructure in addition to several measures announced so far such as Rs 102 lakh crore infra project pipeline and corporate tax cuts.

The Ministry of Statistics on Tuesday expects GDP growth to hit an 11-year low of 5 percent in the fiscal year 2019-20. GDP growth had declined to 3.1 percent in FY 2008-09 after the global financial crisis.

The macro-economic data is important as the finance ministry would consider it for preparing Budget estimates for the next financial year. 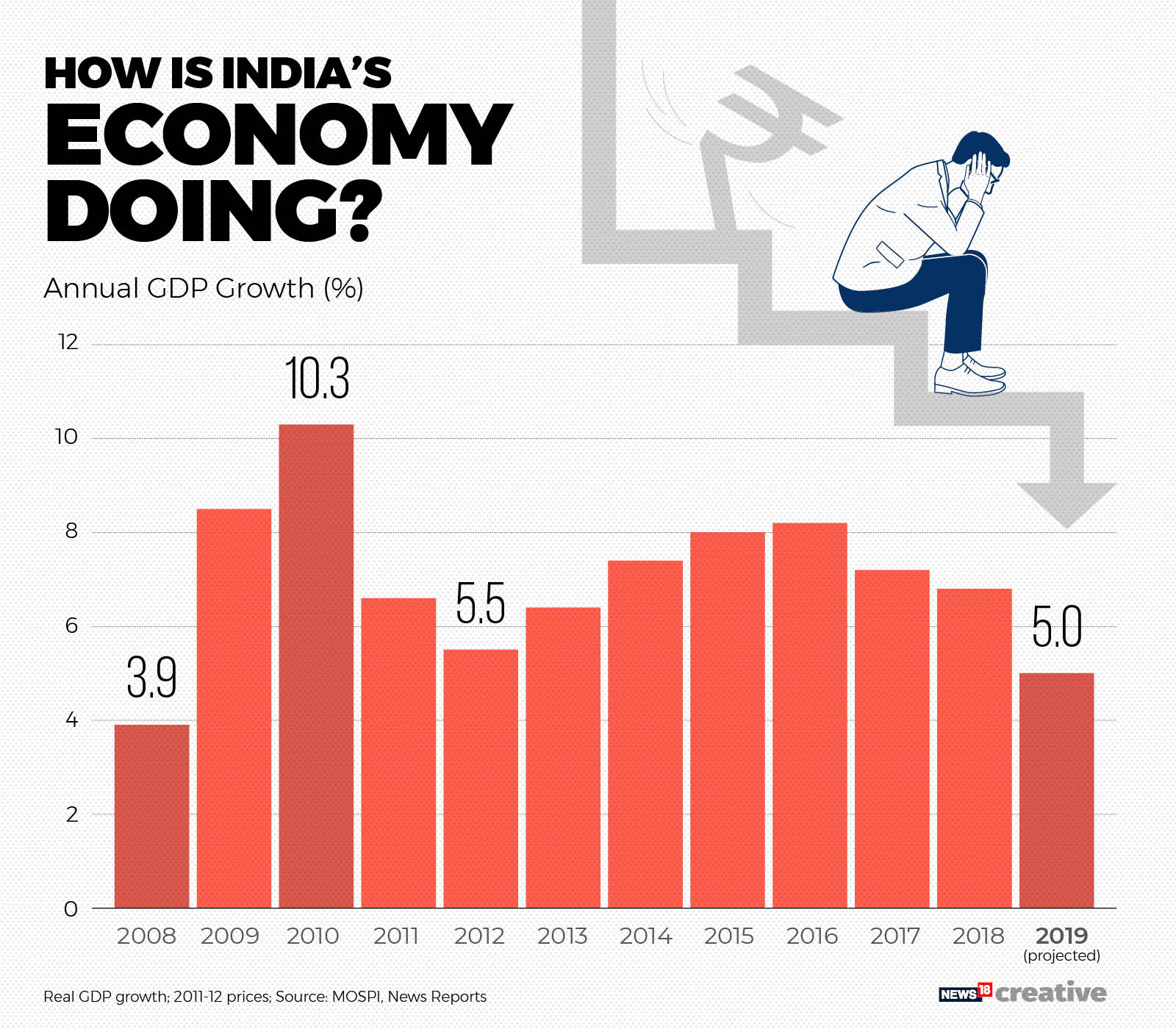 Factors like government expenditure are key determinants for overall growth outlook for FY20 as variations in government spending have a spill-over effect on other sectors, said SBI Research. In Q2, government spending alone accounted for 40 percent of the entire quarter's growth (1.9 percent out of 4.5 percent headline GDP growth), even as share in GDP was lower than 13 percent, it said.

Rashesh Shah, chairman and CEO of Edelweiss Financial Services, said that the government should take measures to boost consumption in order to revive the economy and attract investments.

“The government, on one side, should relax taxes and spur consumption and on the other side, try and sell assets to raise revenues for fresh investments into infrastructure. This should be the two-pronged approach for the annual budget. I hope they follow through on this,” said Shah in an interview with CNBC-TV18.

CNBC-TV18 reported on January 5 that the government is favouring higher spending on rural schemes over reducing personal income tax as it believes that would have a far bigger impact on boosting the economy.

However, Pronob Sen, former Chief Statistician of India, does not think so, saying that the numbers won't put the finance ministry in a bind to go for huge stimulus.

"Today's estimates show the government is expecting a little upswing in the growth but it's just an expectation. This estimate is for budget, not for analysis. More important will be the second estimates and will be more keenly analysed on growth trends,” he said.

Rising retail inflation forced the Reserve Bank of India to keep the key repo rate unchanged in December monetary policy meeting, even as it slashed its forecast for economic growth to its lowest in over a decade.

With the Consumer Price Index-based inflation is expected to have hit 7 percent in December, the central bank is unlikely to cut rates further.

Soumya Kanti Ghosh, group chief economic advisor at State Bank of India, said, "My sense is that monetary accommodation looks increasingly difficult in the next two policies. June, I am not sure. But as of now, our call is that of a prolonged pause from the RBI.”
Tags budget 2020 Finance Ministry FY20 GDP India GDP Nirmala Sitharaman RBI