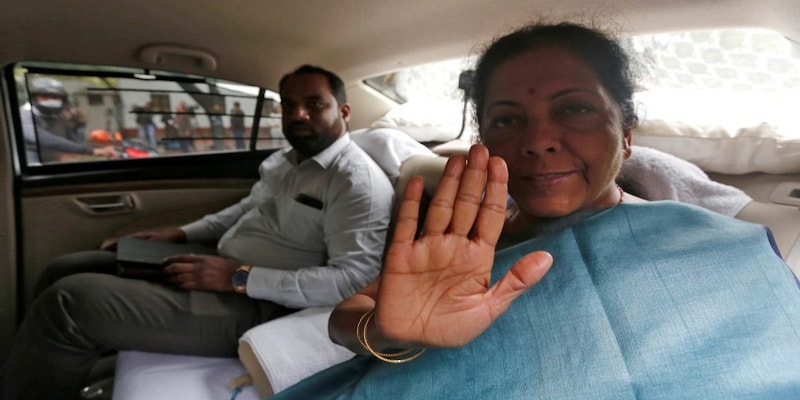 Finance minister Nirmala Sitharaman, who has announced a slew of measures recently, on Sunday avoided a direct answer to a query whether the economy is currently going through a "slowdown".

As India's gross domestic product (GDP) fell to a six-year low of 5 percent for the April-June quarter, apprehensions of a slowdown have risen. Finance minister Nirmala Sitharaman, who has announced a slew of measures recently, however, on Sunday avoided a direct answer to a query whether the economy is currently going through a "slowdown".

At a press conference in Chennai, when a reporter asked if the country is going through a slowdown, Sitharaman said: "The government has been in consultation with a lot of sectors. Because in some sectors, the inventory is piling up... different issues for different sectors and having heard that and having spent some time to see how best we can respond, the first tranche of announcements were made on August 23.
"Last Friday I made one other set of announcements. I have also said, I will come back again when the process of consultations are over and we have worked on or we can respond.... So I will be coming back to respond to sectors which have come to us and which want some relief from us..."
Concerns of a slowing economy have racked up again as severe slowdown in manufacturing activity in the country pulled India's GDP growth rate in first quarter (Q1) ended June down to 5 percent, marking the fourth successive quarter of decline in growth on the trot. From 8 percent during Q1 of 2018-19 to 5 percent in this quarter, the GDP has fallen by three percent in barely a year.
The recent instances of low demand across sector and low manufacturing activity among others have resulted in criticism of the government from several quarters along with that from the political adversaries.
Former Prime Minister Manmohan Singh earlier in the day slammed the government, blaming its policies for the economic slowdown. "India has the potential to grow at a much faster rate, but the all-round mismanagement by the Modi government has resulted in this slowdown," said Singh, who is also an eminent economist.
Calling the slowdown a "man-made crisis", Singh, in a detailed statement, primarily blamed the Modi government's decision of demonetisation and a "hastily implemented
Blaming the government of "vendetta politics", he said: "I urge the government to put aside vendetta politics and reach out to all sane voices and thinking minds, to steer our economy out of this man-made crisis."
On being asked for a comment on Singh's allegation of vendetta politics, Sitharaman said: "Is Dr Manmohan Singh saying that 'instead of indulging in political vendetta they should consult sane voices?' Has he said that? All right, thank you, I will take his statement on it. That is my answer."
Regarding the expected timeline for relief in the economy, the finance minister said the measures announced in the July budget were showing results on ground.
On the latest announcement of mergers of 10 public sector banks into four, she reiterated that the merger would not lead to retrenchment of any employee in the banks.
Regarding job losses, she said that most of the employment in the economy sector is generated by the informal sector which remains undocumented.
Check out our in-depth Market Coverage, Business News & get real-time Stock Market Updates on CNBC-TV18. Also, Watch our channels CNBC-TV18, CNBC Awaaz and CNBC Bajar Live on-the-go!