It has been more than a week since the Faluguri Nayapara Lower Primary School collapsed in flood and erosion, leaving the students nowhere to go.

“Open your book at page 64,” says the teacher to a class of fifth-standard students at Faluguri village, 35km from Kokrajhar town, in Assam’s Bodoland Territorial Area Districts (BTAD). Under the open sky, the students are sitting atop an embankment, and keenly turning pages of their Assamese text book. They are going to study a poem today. 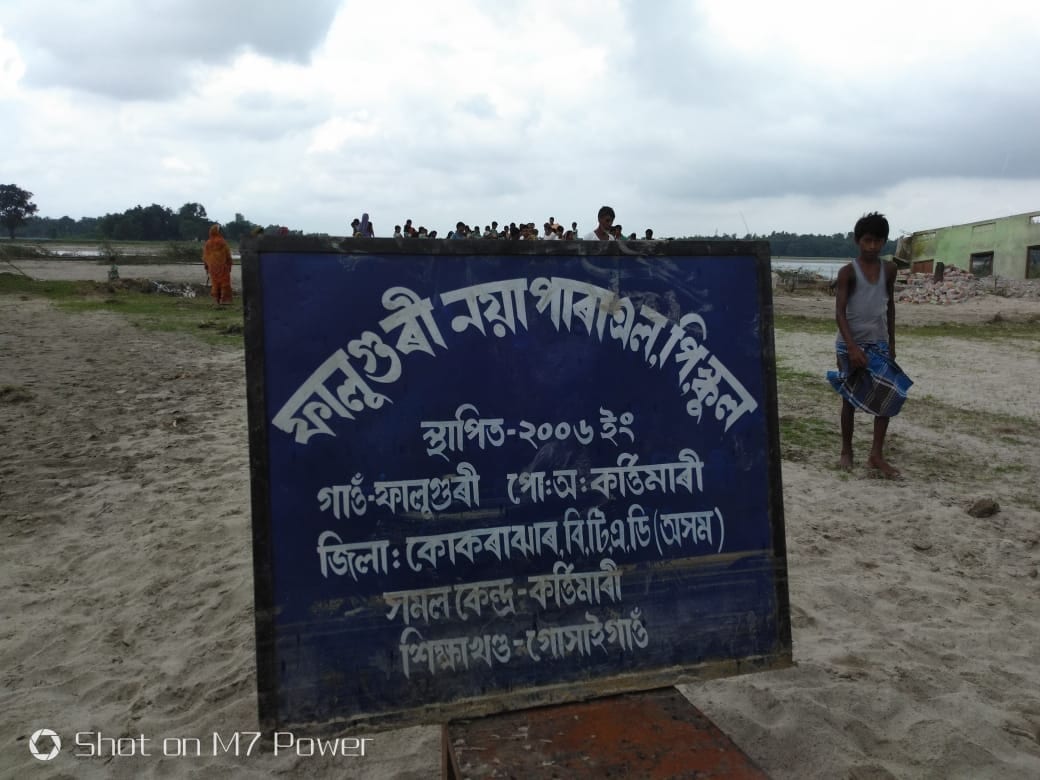 It has been more than a week since the Faluguri Nayapara Lower Primary School collapsed in flood and erosion, leaving the students nowhere to go. As school reopened today after summer vacation, little girls and boys in the age group of 8-10 years were seen assembling at an open space near the ruins at their school compound.
“Our house has been washed away in flood. The school is open, but we have no benches now,” says a fifth standard student, holding his notebook tightly. The school teacher, Tapajur Ali Mondal, is disheartened by the present scenario, but does not give up.  “The school building collapsed on June 23, and we had intimated the authorities. They asked us to conduct temporary classes at an abandoned club converted to shelter, but there was no environment for studying there. Having no other option, we decided to conduct classes at this embankment for Standard III to V students.”
“It’s raining now, and I really don’t know how to take this forward,” says Mondal. 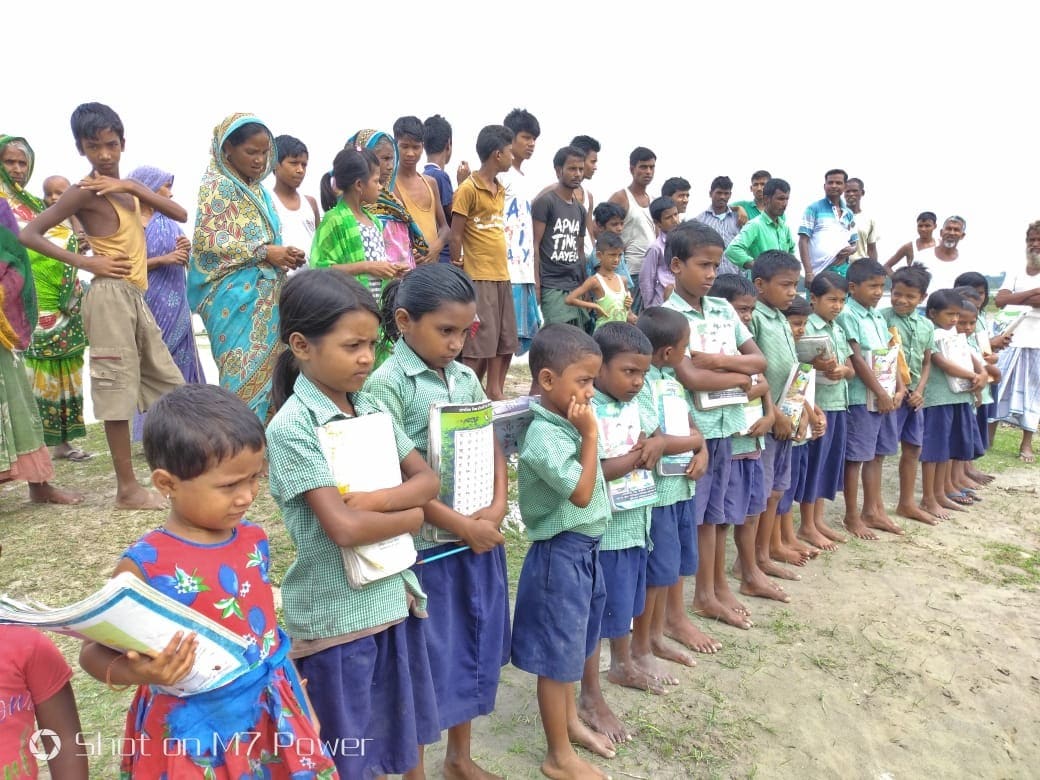 Villagers in the area blame the government for neglecting their plight, their lives and properties being at the mercy of flood and erosion every year.
“This has happened because of three years of erosion. Last year, the school broke to an extent, but this time it is completely damaged. No one took any responsibility then, and since the water level has receded, no one has come here for us and our children,” remarks Taheswar Ali, a villager.
The next class of students take their seat on sacks laid out at the embankment, and Mondal continues to teach – both teacher and his students unaffected by the thundering clouds or rain.
(With inputs from Hantigiri Narzary)​
Check out our in-depth Market Coverage, Business News & get real-time Stock Market Updates on CNBC-TV18. Also, Watch our channels CNBC-TV18, CNBC Awaaz and CNBC Bajar Live on-the-go!