Updated : September 14, 2019 04:51 PM IST
Govt announces revised priority sector lending (PSL) norms for exporters which will release an additional funding of Rs 36,000 crore to Rs 68,000 crore
RoDTEP to incentivise exporters at an estimated cost of Rs 50,000 crore to the exchequer
Exports are struggling and the reading at $26.13 billion for August is six percent down from last year

India’s trade deficit for August came in at $ 13.4 billion which translates to a 25 percent drop the year ago level. The data shows that exports are struggling and the reading at $26.13 billion is six percent down from last year. With this backdrop, Finance Minister Nirmala Sitharaman announced eleven steps to boost exports from the country on Saturday.

The finance minister announced a revised priority sector lending (PSL) norms for exporters which will release an additional funding of Rs 36,000 crore to Rs 68,000 crore to them.

PSL norms for export credit have been examined and enabling guidelines are under consideration of the Reserve Bank of India, she said.

"This will release an additional Rs 36,000 crore to Rs 68,000 crore as export credit under priority sector," Sitharaman told reporters here.

She also said export finance will be actively monitored by an inter-ministerial working group in the Department of Commerce.

The minister said the initiative is expected to cost Rs 1,700 crore annually and will enable reduction in overall cost of export credit including interest rates, especially to MSMEs.

She also announced that Free Trade Agreement (FTA) Utilisation Mission would be set to help exporters optimally utilise the concessional tariffs under trade pacts which India has signed with several countries.

Besides, annual mega shopping festivals will be organised in the country at four places focusing on sectors like handicraft, yoga, tourism, textiles and leather

The finance minister also announced a new scheme called Remission of Duties or Taxes on Export Product (RoDTEP) to incentivise exporters at an estimated cost of Rs 50,000 crore to the exchequer.

The minister also said there will be a fully automated electronic refund route for input tax credits (ITC) in GST. This will be implemented by the month-end. The move, she added, is aimed at quick and automated refunds of ITC.

She said RoDTEP will replace the existing incentive schemes and "will more than adequately incentivise exporters than the existing schemes put together". 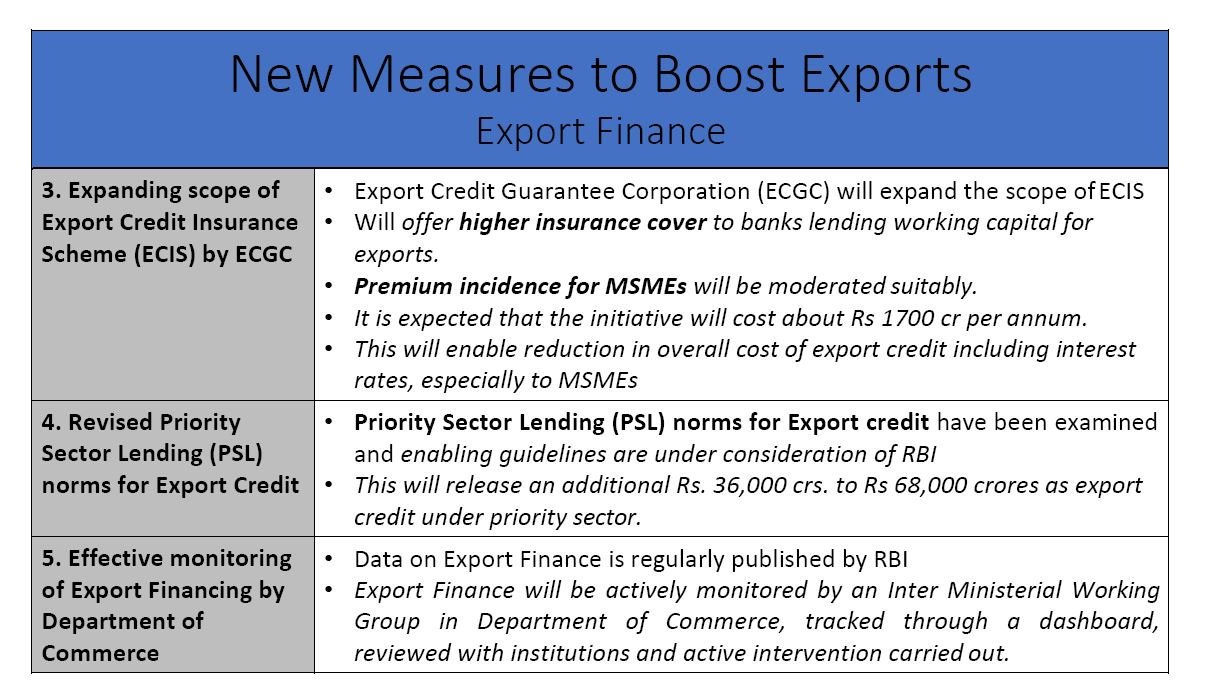 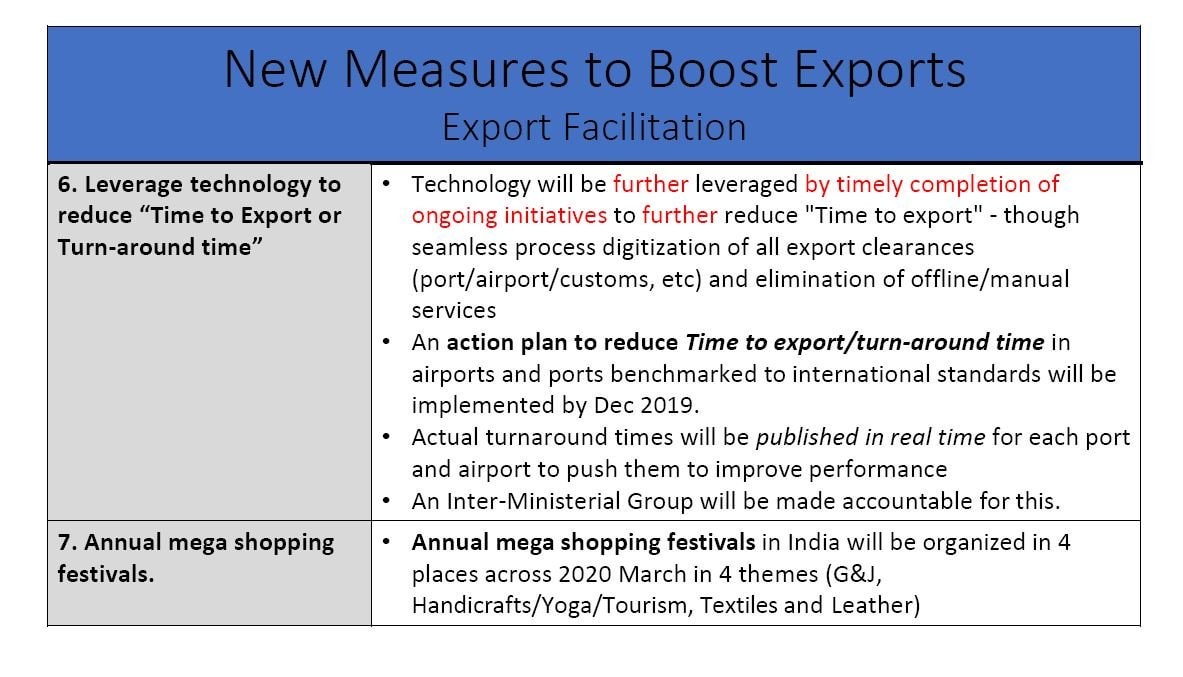 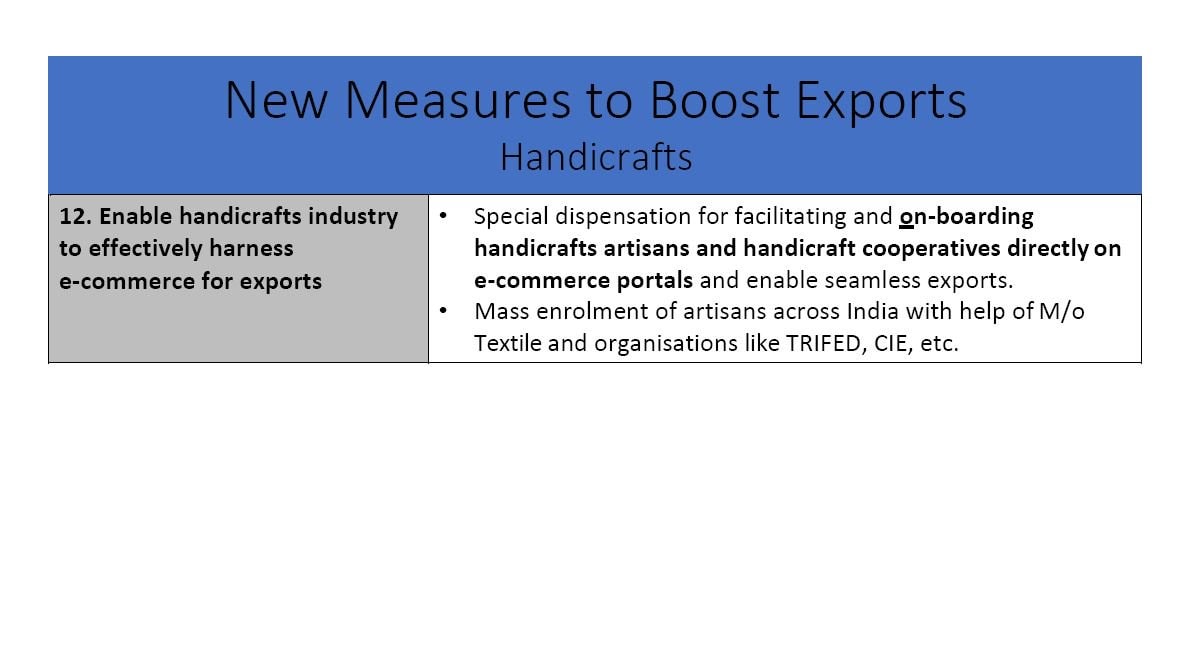