Updated : May 22, 2020 06:33 AM IST
Finance Commission report submission to the President may be delayed due to COVID-19 pandemic, says NK Singh. 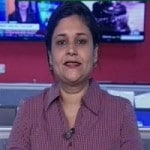 “Return to fiscal trajectory may pose challenges” Singh told reporters after the first meeting of the Commission’s committee on fiscal issues.

“.....There are huge uncertainties on key macro-economic variables. We will wait for Q4 and Q1 data to capture the impact of the lockdown and make any assessment of the medium term fiscal path, 7%-8% growth is critical for moving to a more sustainable debt trajectory,” Singh added.

The Centre will not need to amend its Fiscal Responsibility and Budget Management Act (FRBM law) due to a wider deficit on account of additional borrowing, as it can use the escape clause for natural calamities, NK Singh explained. However, the combined borrowings of the Centre and states would be much higher and this could make the debt more expensive, the Finance Commission chief said.

On being asked if monetisation of debt by the RBI is a better way than increased government borrowings, NK Singh said all options from the government’s debt manager, which is the Reserve Bank, must be kept open.

Expenditure on the health sector will also need to be significantly increased in the coming months, NK Singh said, adding, “Cutting public outlays, expenditure is not advisable under current circumstances”.

On the growth front, N K Singh said, “There are uncertainties in the behaviour of the nominal GDP with experts assessing a nominal GDP growth of -6% to 2% in the current financial year”

The Finance Commission is supposed to submit its final report on the 5 year tax devolution for states to the President in October but the economic havoc caused by the COVID-19 pandemic has turned that possibility upside down, with the current year’s recommendations already infructuous.

NK Singh added, “We have to decide what kind of a base year we need for medium term projections. We have to look beyond this year for the next 5 years. “