Updated : May 30, 2019 08:37 AM IST
In his book on indigenous sacred natural sites, author John Studley explores the need for alternative forms of governance models for Sacred Natural Sites.
He makes a case for the need to protect Sacred Natural Sites by first beginning to understand nature from a non-anthropocentric view.
Shrishtee Bajpai of Kalpavriksh reviews this book, exploring the concepts of juristic personhood and spiritual governance outlined by the author and the application of the ideas in the Indian natural sites context.

John Studley is forthright in his approach to governance models and is obviously frustrated with the anthropocentric approach to the variants propagated by conservation organisations. In his book, Indigenous Sacred Natural Sites and Spiritual Governance: The Legal Case for Juristic Personhood, he, it is clear, wants to explore alternative forms of governance.

Recent legislations, mostly in 2017, granting ‘juristic personhood’ status to natural ecosystems in New Zealand, Colombia and India have provided the author a legal framework to argue for recognising the role of resident “spirits of place” in the spiritual governance of Sacred Natural Sites (SNS).

Studley, an independent ethno-forestry researcher and consultant who has been interacting with indigenous communities for years now, narrates his experience with Tibetans in Kham (southwest China) as an instructive example of ritual protection of the SNS by local communities. According to the author, there is a need for a pluriversal legal framework to grant legal standing to sacred natural sites (SNS). However, to achieve this, initially, the local advocacy organisation is needed to help the indigenous communities with test cases. And along with it, there is a dire need to bridge the gap between the universal conservationist view and the indigenous worldviews, because the former often fails to recognise the local norms in relating to nature. Hence, the author wants the International Union for Conservation of Nature (IUCN), United Nations Educational, Scientific and Cultural Organisation (UNESCO) and ASEAN Heritage to re-map and re-designate Protected Areas (PA) in such a way that spiritual governance is recognised. This 100-odd-page book is divided into 9 chapters. It begins by giving an overview of the Sacred Natural Sites (SNS) and the need to protect them by first beginning to understand nature from a non-anthropocentric view. SNS are basically vast stretches of land comprising lagoons, groves, rivers, mountains, hills, islands or springs that are habitats of different species of animals, plants, and ecosystems that have a spiritual significance for local communities who attach a broad set of cultural values to these sites. These sites are also important from the perspective of conserving nature on account of the ecological dynamics that support life within and outside them.

From a Tibetan perspective, the author explains how the SNS are inhabited by numina, a ‘spirit of the place’, that is evoked through a process of ‘enspiriting’ – the word that he uses in place of ‘inspiriting’ as he considers the latter to be dependent on human agency. The numina holds the complete authority and decides the objectives of governance and their pursuance through human intermediaries. Hence, spiritual governance is the ‘de facto’ responsibility of the numina. Indigenous communities have thus been protecting the world’s biodiversity outside the formal protected areas by practicing such forms of spiritual governance.

Studley’s founding premise, pervading throughout the book, is quite simple: SNS and their spiritual governance is a post-human, pluriversal approach to nature in general. Recognising the SNS as a ‘juristic person’, refers to a “legal subject that is not a human being, but one which the society has decided to recognise as a gateway to certain rights, protections, privileges, responsibilities and liabilities.” The concept recognises other-than-human persons as capable of governance, something that resonates with animistic traditions that have socially-defined rules and relationships with other-than-human enspirited entities.

The author approaches the above argument from the standpoint view of differentiating the ‘juristic personhood’ approach from the Eurocentric approaches like Rights of Nature (RoN). The RoN approach, the author argues, is pantheistic, which believes that all things merge in a “world soul outside the material world”, and as a result, fails to capture the distinctiveness and uniqueness of enspirited SNS. The ‘rights’ discourse doesn’t justify the particularity of the SNS and the associated cultural values, and hence doesn’t fit into the worldview of the local people who protect the most enspirited SNS and believe in pluriversal worlds, Studley says.

He cites numerous examples to back his argument, but doesn’t give details on: Te Urewara Act, New Zealand, which recognises a National Park as a ‘legal person’; the Mount Mauna Kea in Huwaii, where the court accepted the testimony of a spirit medium on behalf of Mo’oinanea, a female tutelary spirit; Te Awa Tupua Act, New Zealand, which recognises the Whanganui River and its ecosystem as a legal person; the ‘juristic/legal person/living entity’ rights granted to rivers Ganga and Yamuna, and their tributaries, and the glaciers and catchment areas feeding these rivers in Uttarakhand, India; and lastly, the Atrato River in Colombia which was granted bio-cultural rights. Here, except in the case of Atrato River, spiritual connections of the communities living around these sites have been cited for granting them the status of ‘juristic personhood’. However, as the author rightfully accepts, the number of litigations is limited and courts require many more such cases to gain an understanding about implementing such laws.

To give a behavioural context to the ritual protection of the SNS, the author delves deep into his experience in Tibet. This chapter has a detailed account of the Animistic Tibetans in Kham – their cosmic connection with the natural world, and the role of religious institutions (Buddhist and Bon institutions) in protecting the SNS and the resultant spiritual governance of the SNS. 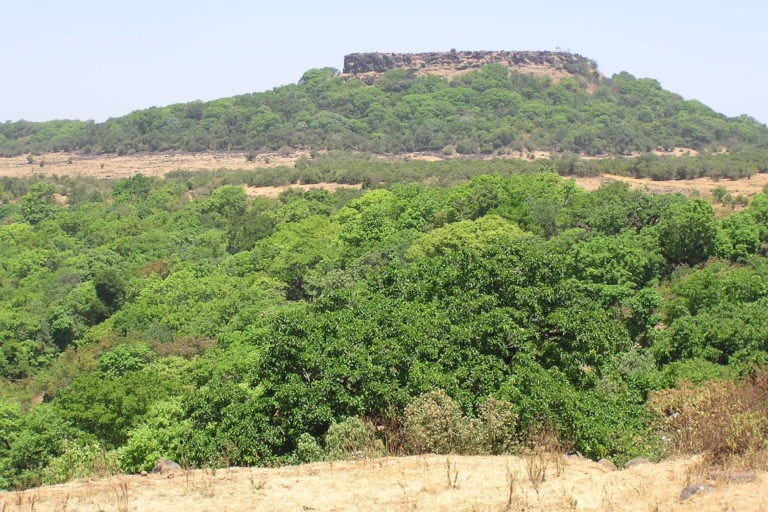 The author concludes by accusing conservation institutions like the IUCN and the ICCA of not recognising the SNS, as well as for pathologising indigenous people. He urges such organisations to map, document and recognise the customary laws that affect the conservation outcomes negatively and positively in relation to numina. Along with it, the author requests environmental lawyers and advocacy groups to help local communities with test cases to gain judicial traction.

Studley, however, seems to have been too harsh on groups promoting inclusive and community-led conservation, like the ICCA Consortium, which have in fact shown openness in understanding the ways various local communities and indigenous people relate to the rest of nature, including spiritual ways. Indigenous SNS and Spiritual Governance reminds us that the current political, conventional conservationist and judicial approaches to the indigenous ways of relating to nature are ‘exclusionary’.

However, Studley’s argument of ‘juristic personhood’ being a post-human approach and a medium of recognising spiritual governance is incomplete. At least three objections to this can be cited here: First, the concept, at least in the case of rivers Ganga and Yamuna, is ambiguous. In a country like India where the cultural values and traditions around these rivers are extremely diverse and not centred around one religion or an animistic tradition, it becomes impossible to determine what the spiritual governance mechanisms would be.

Secondly, though the ‘legal personhood’ recognises the ‘other than human’ entity capable of rights, it doesn’t define the ‘rights’ in terms of non-humans. For example, in the case of Ganga and Yamuna, the judgement says the rivers have rights, duties and liabilities of a living person. What will be the rights, duties and liabilities of river Ganga or its basin? Can Ganga be held liable in the case of floods killing people or destroying property? If the guardians are locally appointed communities and government officials, will they be held liable in case of a drought?

Third, the concept, ‘legal personhood’, is still very much in the ambit of the western modern law and a human construct hence how the author justifies it as a post-human approach is unclear. Hence, this raises the question, will granting ‘legal personhood’ status challenge the society’s consciousness or rather its amnesia towards the very ecological conditions of our own survival?

The book’s intended audience is advanced students and researchers in environmental laws, nature conservation, religion and anthropology. It has hence been written with an assumption that its reader is attuned with the debates and the concepts discussed in it. The philosophical concepts on which Studley’s arguments rest have only been discussed briefly, leaving the reader a bit confused about the connections. Though the author gives a detailed reference list for various unexplained concepts, it would have been better had he given detailed explanations, especially for chapters 2, 3, 4 and 9. The academic language used could also hinder an easy understanding of the concepts, especially for the lay reader. Given the nature of the book, it should be made widely available in the global south; however, the high price (around Rs. 4000) is a deterrent.

Overall, the book is a decent attempt at arguing for a discourse on recognising the cosmological and spiritual relations of people with nature, its role in spiritual governance and impact on conservation. More importantly, it opens doors to lawyers and researchers on how ‘law’ can be altered to get SNS recognised and protected.