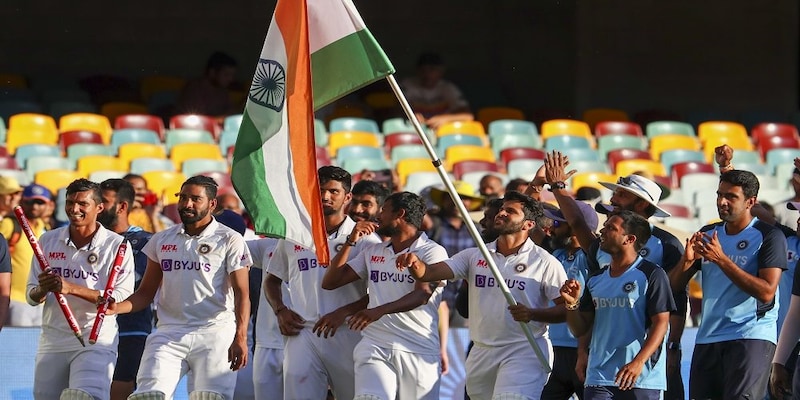 One interesting point in the Survey was the note in the beginning by Chief Economic Adviser Krishnamurthy V Subramanian, where he compared India’s COVID-19 response to Team India’s recent victory in the Test series against Australia Down Under.

Finance Minister Nirmala Sitharaman tabled the Economic Survey 2020-21 in the Lok Sabha on Friday (January 29). It presented a picture of the economic health of the country and gave an idea of what to expect from the Union Budget, which will be presented on February 1.

The Survey stated that early and strict lockdowns helped the government manage COVID-19 better. However, one interesting point in the Survey was the note in the beginning by Chief Economic Adviser Krishnamurthy V Subramanian, where he compared India’s COVID-19 response to Team India’s recent victory in the Test series against Australia Down Under.
ALSO READ
: Economic Survey 2020-21 forecasts real GDP growth for FY22 at 11%
Complimenting the resolve that each Indian showed during the global health crisis, Subramanian stated: “The foresight of our collective vision to battle this pandemic became evident when policy insights and implementation at the Centre, State and local level converged to initiate a V-shaped economic recovery. This spirit resonated in the recent Team India’s victory in Australia where their resilience to rebound from 36 all out to winning the Test series was a V-shaped performance indeed!”
Further, during his press briefing, when he mentioned the performance of Cheteshwar Pujara and Rishabh Pant on the tour. Pujara has been hailed for his cautious and steady approach while Pant has been praised for being aggressive in the final chase of the Gabba Test. Subramanian said that the government's reaction has been similar while tackling challenges -- cautious yet aggressive.
Subramanian also added in his note that after a sharp contraction of 23.9 per cent in Q1 of 2020-21, India is expected to be the fastest-growing economy in the next two years. “Projections by various national and international agencies including the IMF project this resilience of the Indian economy,” stated the note.
Comparing the country’s response to the pandemic with the humane principle advocated in the Mahabharata, the Survey stated: “Saving a life that is in jeopardy is the origin of dharma.” It added: “Therefore, the “price” paid for temporary economic restrictions in the form of temporary GDP decline is dwarfed by the “value” placed on human life.”
To justify the strict lockdowns, the Survey cited the example of the Spanish flu. “India recognised that while GDP growth will recover from the temporary shock caused by the pandemic, human lives that are lost cannot be brought back. The response drew on epidemiological and economic research, especially those pertaining to the Spanish Flu, which highlighted that an early, intense lockdown provided a win-win strategy to save lives, and preserve livelihoods via economic recovery in the medium to long-term.”
Follow our live coverage on the Economic Survey 2020-21 here
(Edited by : Abhishek Jha)
Check out our in-depth Market Coverage, Business News & get real-time Stock Market Updates on CNBC-TV18. Also, Watch our channels CNBC-TV18, CNBC Awaaz and CNBC Bajar Live on-the-go!