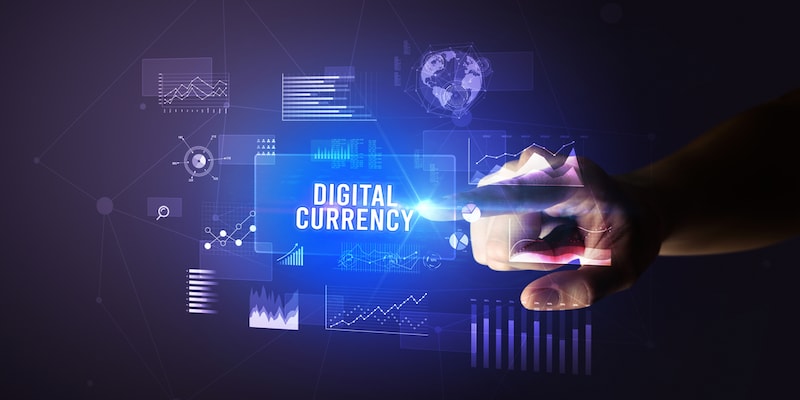 The Reserve Bank of India (RBI) has said that a central bank-supported digital currency is a mixed blessing. In a new report, RBI stated that such virtual tokens can take away low-costs deposits from banks with impacts on the economy. At the same time, it increases financial inclusion and transparency.

In its report on currency and finance, RBI observed that a central bank digital currency (CBDC) could be designed to endorse non-anonymity at a personal level, regulate transactions, endorse financial inclusion by direct benefit transfer, pump central bank ‘helicopter money’ and even direct public consumption to a select segment of goods and services to augment cumulative demand and social welfare.
It further observed that interest-bearing digital fiat could also augment the economy’s response to alterations in the policy rate. The RBI said that such a currency could work as an instrument of sterilisation in emerging markets going through large-scale capital inflows.
This will help alleviate the restraint that limited stock of government securities in the central bank balance sheet poses.
Coming to its disadvantage, central-bank supported digital currencies pose a risk of disintermediation of the banking system. This is especially if the commercial banking system in a nation is thought to be flimsy. According to the regulator, the public could convert their CASA (current account savings account) deposits with banks into CBDC.
This would help raise the cost of bank-based financial intermediation with implications for growth and financial stability. It added that in countries with large credit market, banks may lose their primacy as the major conduits of monetary policy.
RBI’s views on CBDCs come a day after Shaktikanta Das, RBI Governor, informed that major regulations on issuing central bank digital currencies would come out soon.
On Thursday, he was addressing members of the Bombay Chamber of Commerce and Industry, where he said that a lot of work was going on in RBI on CBDC. He also added that a few broad guidelines and approach papers will be released on it soon.
Check out our in-depth Market Coverage, Business News & get real-time Stock Market Updates on CNBC-TV18. Also, Watch our channels CNBC-TV18, CNBC Awaaz and CNBC Bajar Live on-the-go!