Did you call? Misuse of bird call audio is disturbing bird behaviour

Updated : September 26, 2019 04:22 PM IST
Using recorded audio calls downloaded from the internet or “call playbacks” for birdwatching has increasingly become a problem in India.
The overuse of such artificial methods can affect breeding habits and social behaviours
Parks and guides are now considering ways to limit misuse so as to prevent harassment of birds, though some disagree with a complete ban.

Writer and naturalist Stephen Alter was out birdwatching in Eaglenest Wildlife Sanctuary in Arunachal Pradesh recently, when he thought he heard the call of an owlet. When he followed that sound he stumbled upon a group of birdwatchers imitating its call. They were using recorded audio to entice certain species from out of their habitats.

“Before we had devices, good guides were experts at imitating bird calls. I don’t think there was a particular harm in that because they were not doing it repeatedly or in a way that disturbed the birds,” said Alter, whose new book Wild Himalaya has several chapters on birds. “Now you can download any bird call, attach it to an amplifier and start using it in the wild and the poor birds get very confused. Suddenly they are being called from six different directions and it disturbs their behaviour.”

What Alter experienced has become increasingly common around parks and forests in India.

What is a call playback?

As technology has trickled into every sphere of life, birdwatching has not remained untouched. People have easy access to a variety of bird calls on the internet, which they download and use to lure birds out of their lair for quicker and easier spotting, a practice known as using “call playbacks” or “tape lure”. By playing a mating call to arouse a bird’s curiosity, or a predator’s call to pull it out of the forest, taped calls are especially successful in drawing out species like owls, wren babblers and tesias.

Scientists and researchers in the west have used playbacks for studying species at least since the 1960s, and in India since the mid-seventies. Used sparingly, these don’t cause any serious damage, but if overused, can affect breeding habits, raise stress levels and damage social structures.

Going by the law, using playbacks is illegal as it counts as “baiting” under the Wildlife Protection Act. (Scientists with a permit are however allowed to do this for research purposes and there are international guidelines on how to go about it, depending on the species being studied.)

As birdwatching has grown and digital photography has boomed, drawing out the birds to get a picture has been increasing too. The misuse of playbacks in the past few years has alarmed authorities, conservationists, birders and guides alike, prompting growing conversations on ethics and action from forest officials. 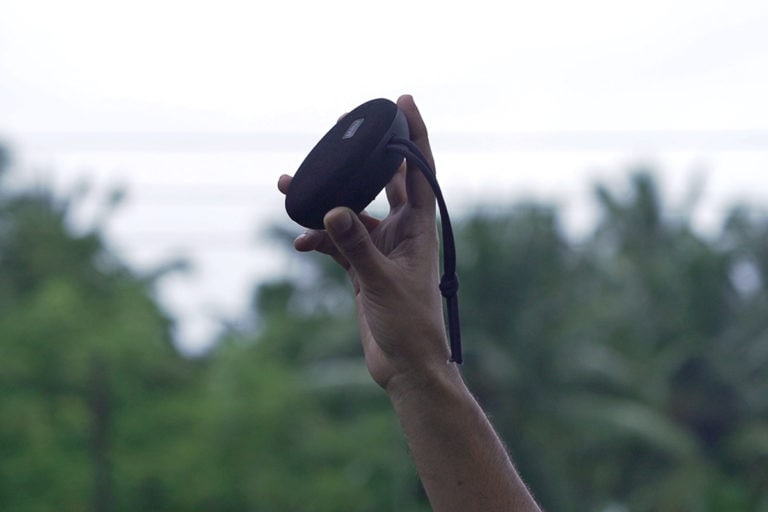 Tackling the misuse of playbacks

In 2016, Surendra Mehra, then field director of Jim Corbett National Park in Uttarakhand issued a preliminary offence report under the Wildlife Protection Act against a group for using playbacks. Mehra believes the case worked as a deterrent. The park also conducts refresher courses for guides and drivers before every tourist season begins in October, to reiterate ethical practices.

Since last year, officials at Eaglenest in Arunachal Pradesh have been educating local guides on minimising playback use, conducting meetings and printing pamphlets and badges for visitors. At Jabarkhet Nature Reserve in Mussoorie visitors are explicitly told not to use apps, especially during the breeding season. Last June, the natural history magazine and portal Saevus issued a call for ending playbacks, terming them unethical.

Some guides and tour companies have also stopped the practice, including the Bombay Natural History Society (BNHS) which about four years ago decided not to use playbacks on guided nature trails for the public. Now, two states in the country are consulting with the BNHS on restricting playbacks and educating forest officials

Why has the use of callbacks proliferated?

As birdwatching in India has grown as a hobby, and with the advent of photography, bird watching sites in the Himalayas, Western Ghats and Andaman islands have become popular and often crowded.

Technology has exposed more people to the wonders of nature, including apps such as Ebird, Larkwire and Birdseye that help record, identify birds and their songs. But technology has also given more people access bird calls online. “It’s just not bird guides who do it,” said Parag Rangnekar, a naturalist whose group Mrugaya Xpeditions leads trips across Goa. “Even if you are not carrying calls, your guests could be carrying them. It’s a bit tricky, but sometimes you have to put your foot down,” he added.

In 2016, a guide for wildlife photography, as part of a toolkit put together by the website Conservation India, advised photographers to avoid using playbacks, deeming it not only unethical but also harmful. “Everyone wants the perfect portrait shot and for some birds, playback is the only way to get it,” said Shreeram MV, wildlife photographer and founder of Darter Photography. “The problem is the dramatic increase in the number of photographers with a list of birds that they want to photograph. And guides often oblige them by playing calls continuously for long durations, often without any concern for the bird’s well-being.”

For guides, this can be dicey terrain to navigate. On the one hand people might be travelling from far away for a few days at a huge expense, so there is a pressure to ensure there are good sightings. On the other hand, there is uncertainty to what extent these calls should be used.

Two months ago when software engineer and birder Vipul Gupta was in Pangot and Kilbury Sanctuary near Nainital his guide kept playing the call of the collared owlet, to instigate smaller birds like the black-lored tit. Gupta asked him to stop. “To oblige me, since I had hired him, he took it as a compulsion to do it,” said Gupta, who runs The Birders Hub, an online portal for enthusiasts and guides. “But as a wildlife lover, it is more satisfactory if I spot them on my own instead of pulling them out into view.”

What is the possible impact?

There is some evidence that the misuse of playbacks could affect birds. “One group of scientists says it won’t matter much, another group says it does,” said Girish Jathar, assistant director of the BNHS’ climate change and Himalaya programme. “It depends from species to species.”

Birds have different kinds of calls for different types of communication. For instance, constantly playing the call of a predator can unduly stress out a bird. “When people download a call they may not know whether it’s a breeding call or alarm call or some other communication call,” said Rangnekar. “There are so many different calls. If you play a breeding call in non-breeding season you are going to drive the bird crazy.”

Though there have so far been no scientific studies on the impact of the practice in India, some research in the West has shown that overuse can disrupt social behaviours, aggravate birds and confuse mating habits.

For instance, a study on male antbirds found increased testosterone levels and aggression among those subjected to more than two hours of recorded calls of potential intruders. A University of Coimbra, Portugal study found that females who daily heard playbacks spent more time on nest building than those who did not.

In India so far, the evidence has been anecdotal. At Maharashtra’s Tansa Wildlife Sanctuary, for instance, the endangered forest owlet, mottled wood owl and oriental scops owl have stopped responding and are harder to spot, according to Jathar, whose PhD was on the forest owlet. Saevus magazine claimed in a 2018 piece that a Hooded Pitta was once forced out of its nest by playback-photographers in Bengal.

Further, playback overuse could also hamper research. “If the bird is there but not responding it is bad for research because it impacts our findings,” said Jathar. Ceylon frogmouth in Thattekkad, Kerala. Playback calls to attract birds could affect breeding habits and the social behaviour of birds. Photo by N A Nazeer/Wikimedia Commons.

Is banning the answer?

The birding community is divided on the issue, to what extent and whether it should be regulated. Some researchers, including those at the BNHS, believe it should only be used for research purposes. Others say there are practical considerations: if ordinary people can see and engage with wildlife they will be more appreciative and invested in conservation. “It can’t be black and white. You can’t completely ban it. If you do, you are damaging the tourism business and conservation will be affected,” said Gaurav Kataria, whose company leads frequent trips to the North East.

Moreover, if tourists aren’t happy and their numbers fall, this can hit the local economy too. “With great persuasion, we are trying to bring the locals into conservation activities,” said Millo Tasser, divisional forest officer at Eaglenest. “We have to take a balanced approach or their livelihood will be affected.”