Deficit, GSP and California almonds: All you need to know about India-US trade

US President Donald Trump began his two-day India trip in Ahmedabad on Monday. On his first visit to the country while in office, Trump is accompanied by his wife, Melania, and a slew of officials from his administration, including his daughter and adviser, Ivanka.

In the high-profile visit, Trump will address a sizeable crowd at Ahmedabad’s Motera stadium with Prime Minister Narendra Modi, visit the Taj Mahal in Agra and conclude the trip in Delhi on Tuesday.

India has since been wanting to get back on the GSP, but without success.

However, the United States’ trade deficit with India is well below a slew of other countries and at $23 billion is completely dwarfed by the humongous $346 billion deficit it runs with China.

Even much smaller economies than India’s have a bigger trade surplus with the United States. Both Malaysia and Switzerland have a surplus of $27 billion. 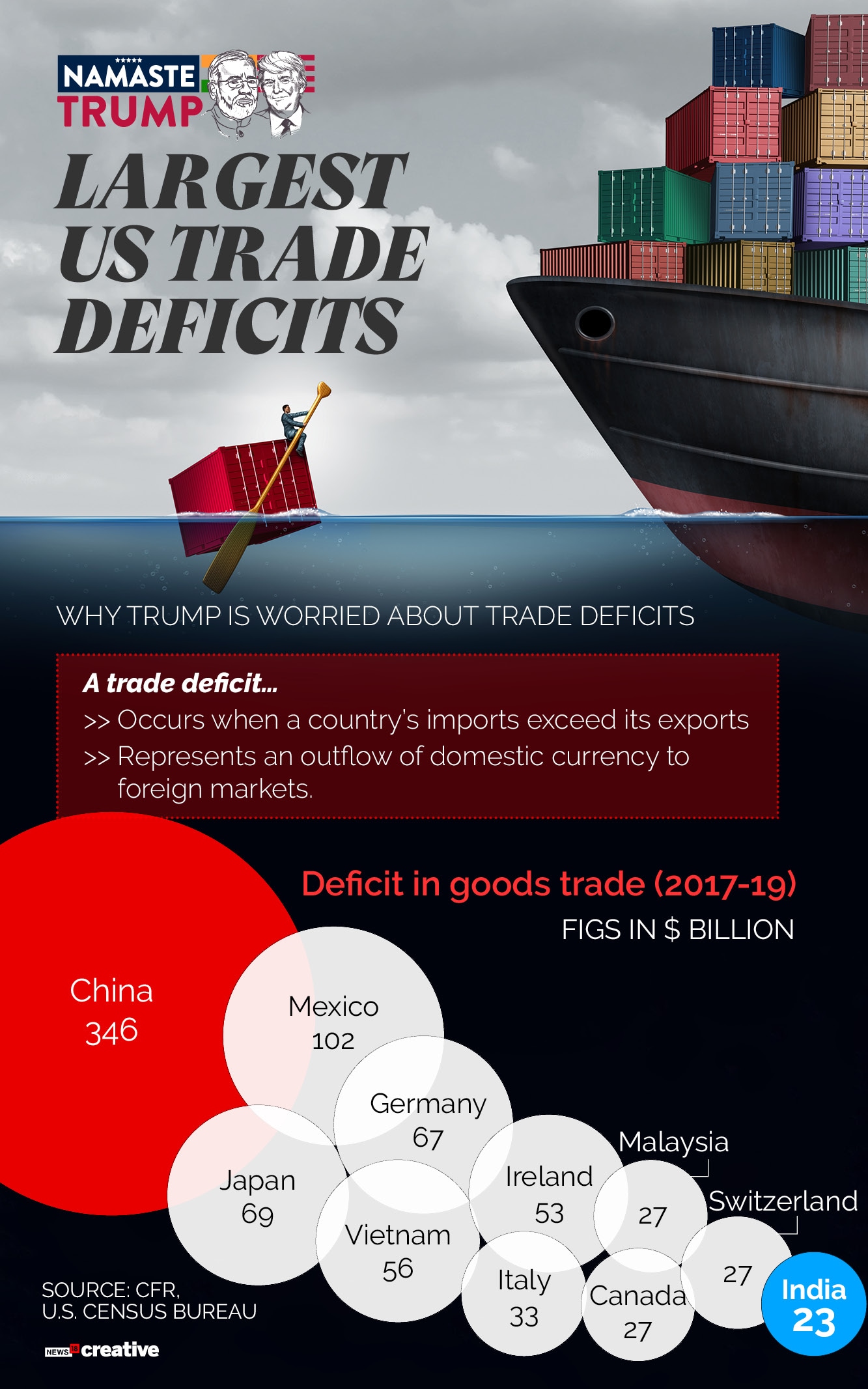 Further, US direct investment in India has seen a steady rise over the years.

The United States’ direct investment in India came in at a paltry $2.38 billion, according to statistics website. It had ballooned to $24.67 billion a decade later, in 2010. The figure has nearly doubled since, with the US direct investment in the country coming in at $45.98 billion in 2018. 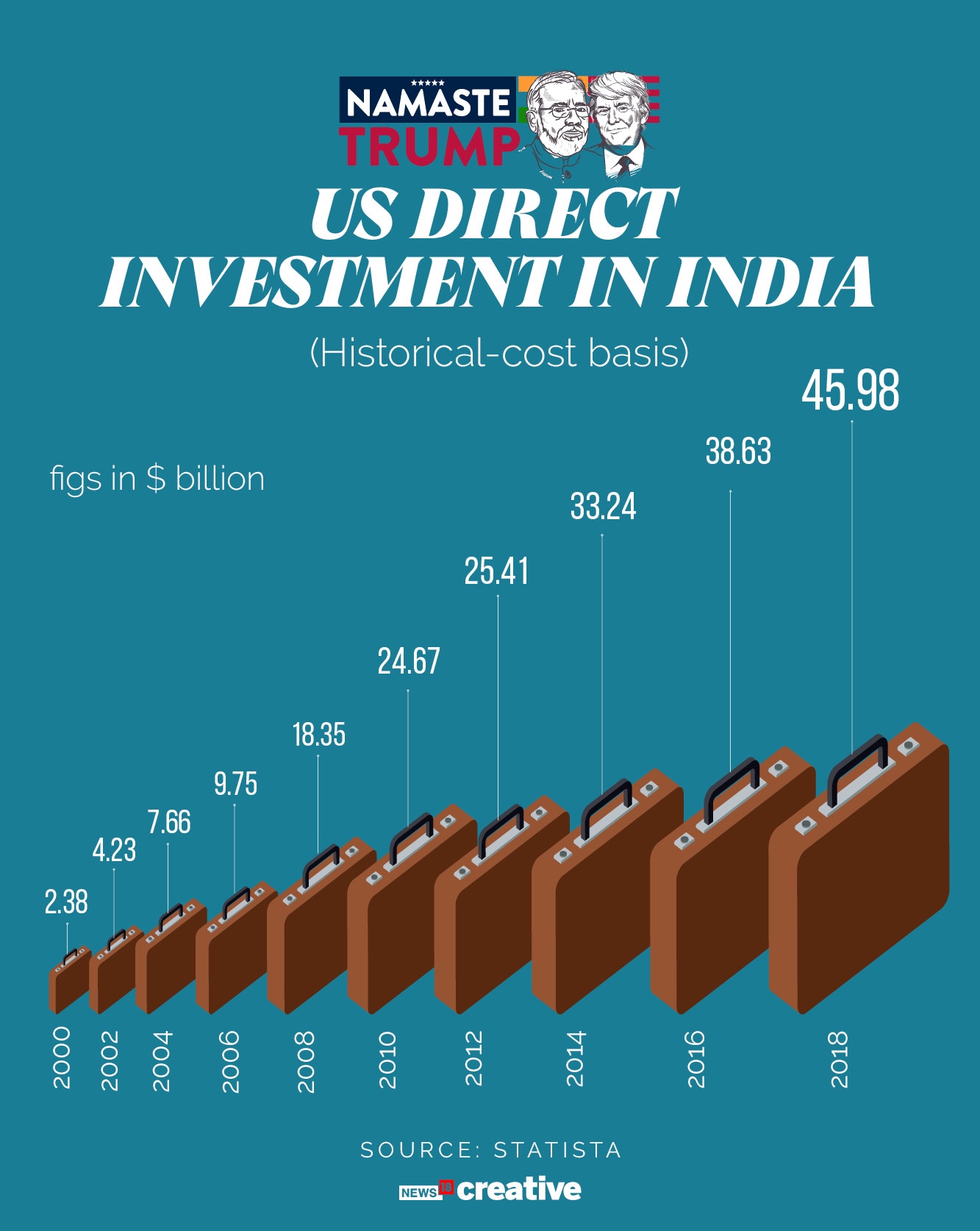 India will look to attract more investments from the world’s largest economy with the welcoming red carpet laid out for the 45th United States president.