Davos 2020: What to watch for on Wednesday—Sundar Pichai, Prince Charles

Davos 2020: What to watch for on Wednesday—Sundar Pichai, Prince Charles 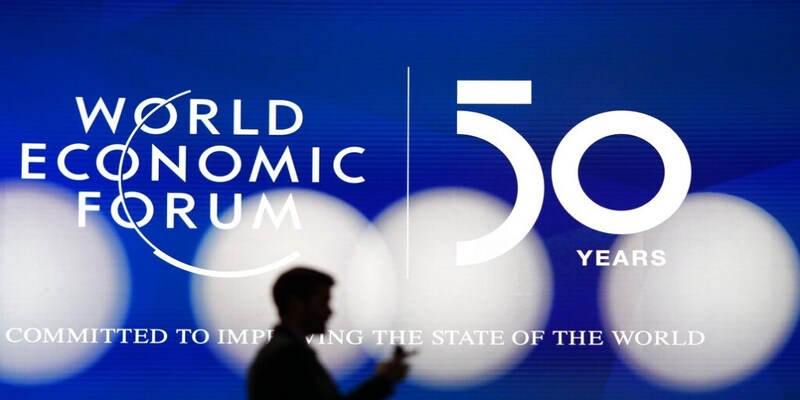 The annual meeting of the World Economic Forum rolls on in the Swiss ski resort of Davos. Here's what to watch for on the second day:

The annual meeting of the World Economic Forum rolls on in the Swiss ski resort of Davos. Here's what to watch for on the second day:

DONALD TRUMP TAKES OFF
After Tuesday's Greta and Trump show, the U.S. President is scheduled to have a lower profile day. Trump is breakfasting with business leaders including Apple CEO Tim Cook before one-on-one meetings with the President of the Kurdistan Regional Government and then the President of Iraq.
Air Force One is expected to be wheels up before 1200 GMT. Trump's impeachment trial resumes at 1800 GMT.
CHARLES: WILL HE TALK ABOUT THE SPLIT?
Britain's heir to the throne Prince Charles addresses Davos at 1340 GMT with a focus on the environment, while the world is desperate to hear more about the future of the British monarchy after his son Harry and daughter-in-law Megan decided to quit the family firm.
GRETA WATCH
The star of Davos Greta Thunberg is expected to have dinner with other young activists. The World Economic Forum has had an injection of youthful energy this year with young attendees taking center stage.
GOOGLE CALLS FOR FACIAL RECOGNITION SOFTWARE BAN
Alphabet CEO Sundar Pichai will be talking at 0915 GMT about artificial intelligence. Pichai put Google's name behind a EU proposal to ban facial recognition technology on Monday, citing concerns that it could be used for nefarious purposes.
That was met with a cool response by Microsoft CEO Brad Smith, who is also at Davos. Smith likened the ban to using a meat cleaver to solve the problem.
IRAQI PRESIDENT SPEAKS
Iraqi president Barham Salih speaks at 1700 GMT after meeting with Trump in the morning. President Barham Salih is expected to appoint a new premier this week to replace outgoing prime minister Adel Abdul Mahdi, who was forced out by demonstrators who continue to clash with police.
ANOTHER DOSE OF MNUCHIN
U.S. Secretary of the Treasury Steven Mnuchin makes another appearance in a panel on the future of financial markets at 0930 GMT. Market watchers will be keeping an eye out for anything else Mnuchin has to say about phase 2 of the China trade deal or the European digital tax. French Finance Minister Bruno Le Maire will speak at 1430 GMT, and is expected to talk about the digital tax, as well as tariffs.
PARTIES: The hottest invites on Wednesday are the Facebook and Uber parties.
Check out our in-depth Market Coverage, Business News & get real-time Stock Market Updates on CNBC-TV18. Also, Watch our channels CNBC-TV18, CNBC Awaaz and CNBC Bajar Live on-the-go!