With the COVID19 pandemic spreading, and the "Great Lockdown" continuing, countries around the world have deployed over $9 trillion to help people and firms get through the COVID-19 crisis, IMF said on Monday.

A blog published by the International Monetary Fund (IMF) shows that the total global fiscal support now stands at $9 trillion, which is higher by over $1 trillion compared to its estimates published last month.

The direct budget support is currently estimated at $4.4 trillion globally, and additional public sector loans and equity injections, guarantees, and other quasi-fiscal operations (such as non-commercial activity of public corporations) amount to another $4.6 trillion.

"Governments have put forward swift and significant emergency lifelines to protect people in response to the pandemic," IMF said.

The upward revision was largely because of a second wave of measures by governments as the economic fallout from the pandemic proves more severe, the blog said.

For example, the United States approved an additional fiscal package of $483 billion on April 23. Japan revised its initially conditional cash transfers program into a universal one to provide an additional $83 billion in support to households on April 20, while France and Korea introduced additional measures such as transfers to support households.

According to the data released by IMF, the Group of Twenty (G20) advanced and emerging market economies account for the bulk of the global fiscal support, totalling $8 trillion. The total revenue and spending measures for G20 countries account for 4.5 percent of GDP on average, larger than those during the global financial crisis, it said. 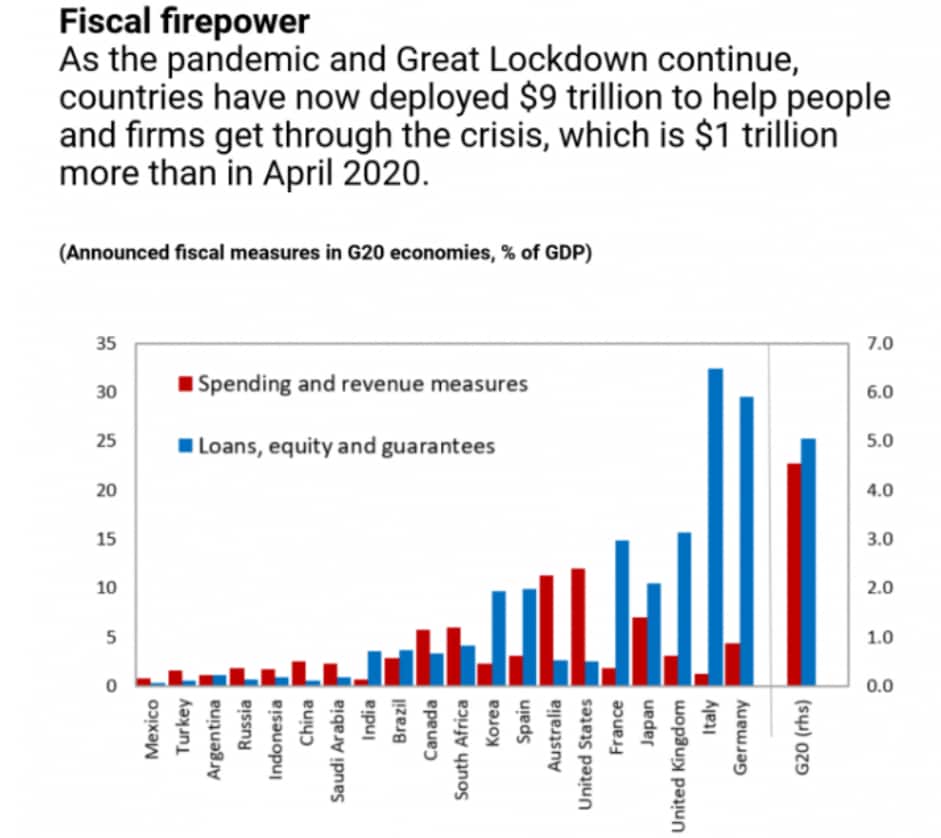 These estimates on spend by IMF focus on discretionary revenue and spending measures but exclude deferral of taxes and social security contributions to the extent possible.

"We exclude them because they involve a temporary delay of revenue, which would be collected in the future (sometimes within the same fiscal year). The estimates also include separate classification for governments’ provision of loans and equity injection that have an immediate effect on the government balance sheet, as well as guarantees that expose the governments to risks if the guarantees were called in down the road," the agency said.
Tags coronavirus pandemc IMF lockdown