From noodles to ketchup: What India stocked up on during the lockdown

From noodles to ketchup: What India stocked up on during the lockdown 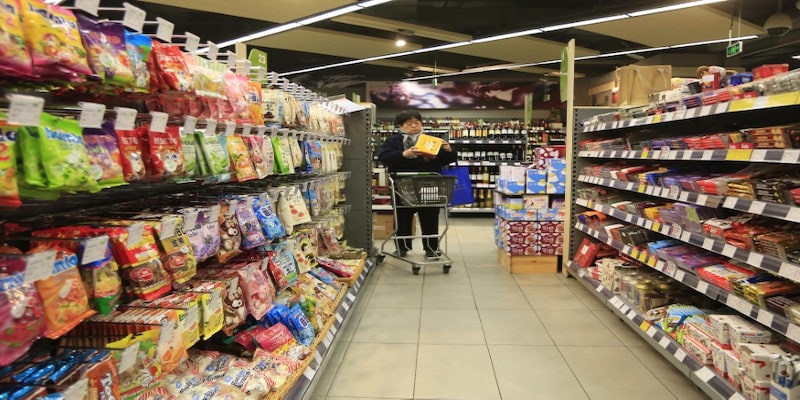 Growth in the last four months has been mixed for India's FMCG industry. In the period of March to June 2020, urban markets saw a whopping 10 percent growth against a growth of 3-3.5 percent in the preceding two months. This has been largely owing to panic buying that has been seen in urban markets.

Volume growth in India's rural markets has been comparatively moderate. Rural markets saw volume growth of 5 percent in May 2020, as compared to the 1 percent growth in April and 3.2 percent growth in March, according to data from Kantar Worldpanel which tracks purchases of over 80,000 Indian households every month.
"Low rural growth has been due to logistical issues. Expect better growth in rural markets going forward aided by macro factors like a good monsoon and good harvest," said K Ramakrishnan, MD, Kantar Worldpanel.
One category that saw exponential growth in the March to June period was the hygiene category. Owing to the Coronavirus outbreak in the country, consumers lapped up hygiene products across segments.
For instance, sanitisers were estimated to have been used by 25 percent of urban households. Last year, the annual penetration of sanitisers was 1.5 percent. Growth in categories like skin cleansers, floor cleaners and utensil cleaners was up 30 percent, 80 percent and 20 percent year-on-year.
While staples saw moderate growth in this period, it was ready to eat and convenience food which saw exponential growth. Edible oil grew 12 percent, spices grew 10 percent and tea grew 15 percent in India's urban markets. Ready to eats and packaged food like biscuits and instant noodles saw 48 percent and 36 percent growth respectively. Sauces saw a growth of 32 percent and salty snacks grew by 26 percent in the March to June period.
A big hit was seen in the beverages category. "Soft drinks and beverages are categories that have suffered owing to no out of home consumption. Soft drinks as a category lost 16 million households," said K Ramakrishnan.
In the non-food FMCG segment, the grooming category was adversely impacted by the lockdown. Talcum powder as a category lost 10 million households and hair oils as a category lost 12 million households. "Grooming categories like hair oil, hair colour and talcum powder have lost share in the March to June period owing to the lockdown," said K Ramakrishnan.
Kantar Worldpanel is of the view that with production and logistics stabilising, urban growth should come down a bit and rural growth should pick-up owing to positive macro factors.
Check out our in-depth Market Coverage, Business News & get real-time Stock Market Updates on CNBC-TV18. Also, Watch our channels CNBC-TV18, CNBC Awaaz and CNBC Bajar Live on-the-go!