Consumers in India expressed lower optimism for the year ahead, according to a survey by the Reserve Bank of India (RBI).

An index value below 100 represents pessimism, while above 100 signals optimism. 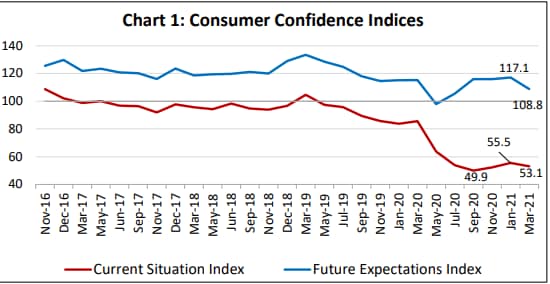 One-year ahead sentiments on all major parameters except prices, however, remained in positive terrain, the RBI survey in the March round showed.

With higher essential spending vis-a-vis a year ago, most consumers reported higher overall expenditure, which is expected to increase further in the coming year despite continuing moderation in discretionary spending, the RBI said. 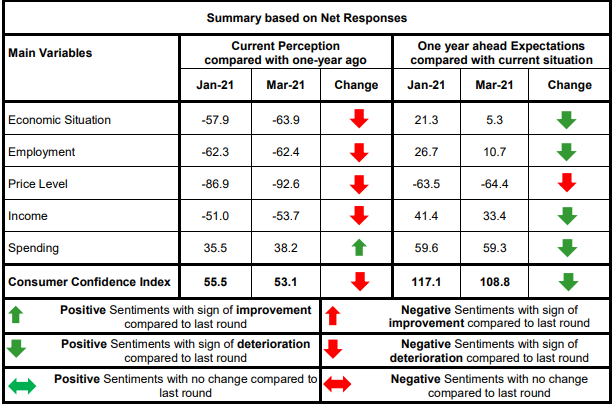 Consumer Confidence survey is conducted by the Reserve Bank of India (RBI) in major cities of India over 5,000 respondents. The survey measures consumer perception (current and future) on five economic variables - economic situation, employment, the price level, income and spending.

The Consumer Confidence survey has two main indices - current situation index and future expectations index. The current situation index measures the change in consumer perception over an economic issue in the last one year while the future expectations index measures what consumer thinks about the same variables, one year ahead.
Tags Consumer Confidence Survey RBI
Published : April 07, 2021 08:36 PM IST