City dwellers…now you see me?

Updated : May 30, 2019 08:37 AM IST
Camouflage or cryptic colouration is a defence mechanism that helps insects merge with their surroundings
Small insects often use camouflage to deceieve their prey or conceal themselves from predators.
These photos take you through some of the colourful spaces that city-dwelling insects find, to blend themselves in, often escaping the eyes of the city-dwelling humans.

The shade of a tree gives a much-needed respite from the sweltering heat. While checking messages on the phone, you see a movement out of the corner of your eye. A partially dried leaf moving. You presume a small insect is moving under the leaf. Then the leaf starts moving up the trunk of a tree. A closer look reveals a dirt bug, covered in small grains of sand. A camouflage mechanism. The dirt bug then adjusts the dried leaf on its back to camouflage itself further.

Camouflage. The word conjures up images of tigers camouflaged amidst reeds or the fox and deer blending in with the surrounding vegetation. Camouflage also exists – abounds rather –among creatures in the urban milieu, especially among small insects. The dirt bug, covered in tiny grains of sand and a dried leaf. Photo by Jency Samuel.

Camouflage or cryptic colouration is a defence mechanism that helps insects merge with their surroundings. They do it to conceal their presence or identity, either to hoodwink their predators or to deceive their prey.

There are several camouflage mechanisms such as disruptive colouration where patterns break the outline of the body, like the patterns in a zebra; and mimicry or mimesis, where an organism mimics another species that is avoided by predators. A common camouflage mechanism is background matching. “The hue and pattern of organisms perfectly blend with the colour and texture of the background. The pattern plays an ecological role in helping the insects to catch a prey or to avoid being preyed upon,” said Betsy Selvakumar, an aquatic entomologist who teaches at Women’s Christian College, Chennai. The spider’s colour matches the grains of sand. Photo by Jency Samuel.

There are some like the dirt bug that do not depend on colouration but use self-decoration with the material available around them, to disguise themselves. They cover themselves almost fully, that only the antennae and the tips of their tiny feet are visible. A variation of this is the assassin bug (Acanthaspis petax) that carries dead ants to throw spiders, their predators, off their trail.

Green, white, brown – whatever the colour be, spiders, grasshoppers, moths and other city-dwelling insects find the perfect place to blend themselves in and often escape the eyes of the city-dwelling humans. 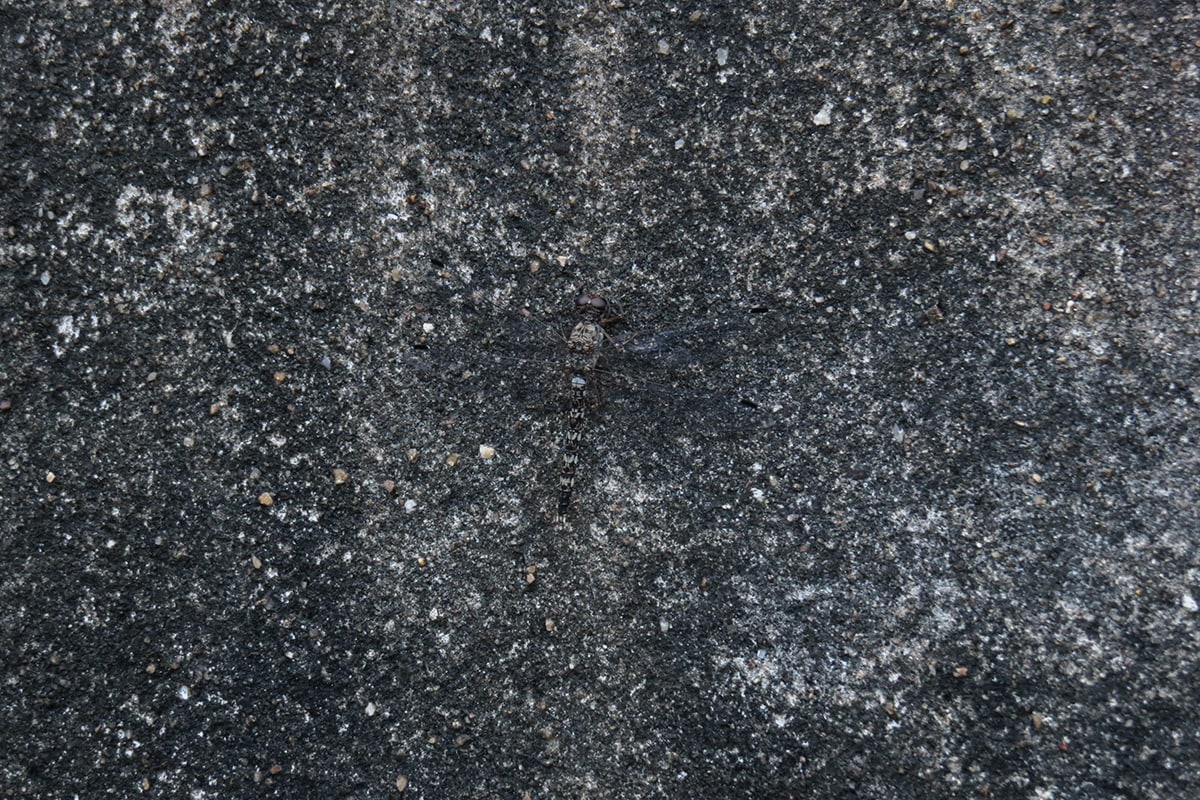 A granite ghost dragonfly chooses the unpainted wall to avoid being seen. Photo by Jency Samuel. The small plant hoppers resemble the flowers of the grass. Photo by Jency Samuel. A praying mantid matches the texture and colour of the bark of a tree. Photo by Kevin Samuel. 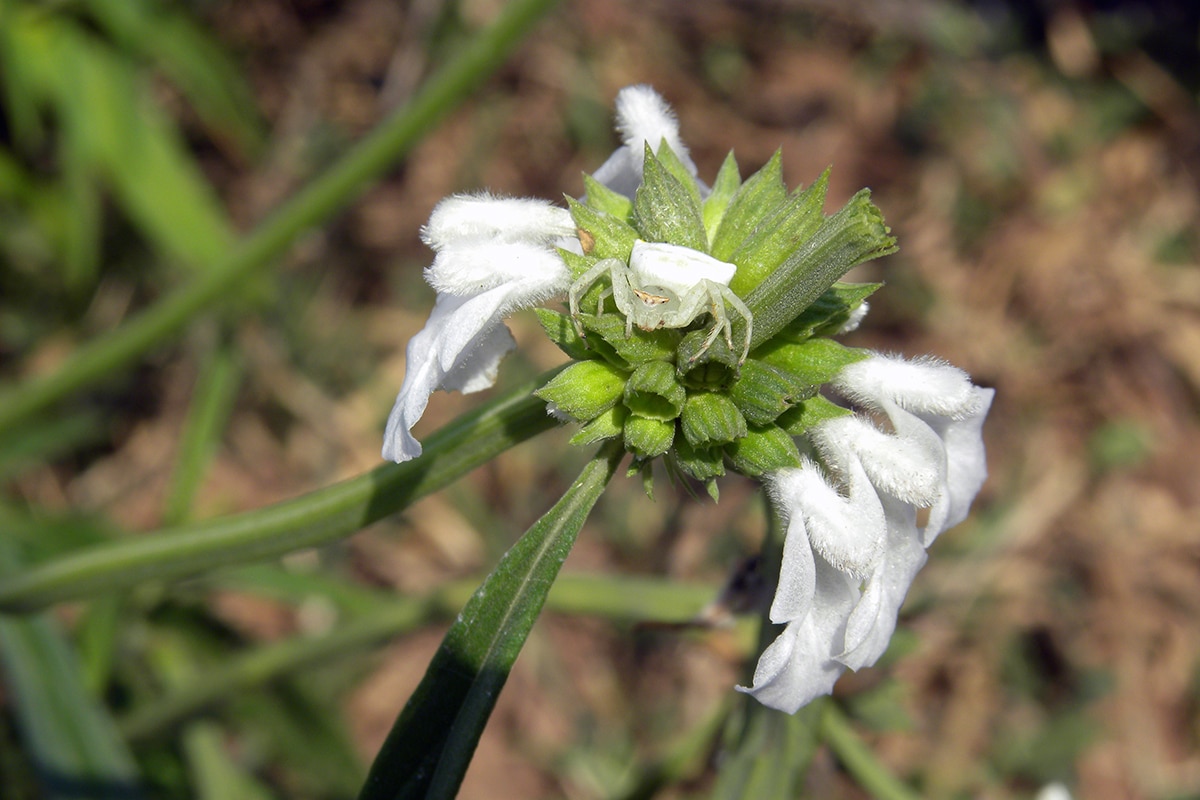 The white crab spider resembles the white flowers of the Leucas plant. Photo by Jency Samuel. The hawk moth is hardly discernible on the tree bark. Photo by Jency Samuel. The grasshopper is one with the grasses. Photo by Jency Samuel.