Updated : March 21, 2019 06:04 PM IST
India will press for a ban on all international commercial trade in two otter species and the Indian star tortoise, found in the wild, at the upcoming 18th Conference of the Parties to the Convention on International Trade in Endangered Species of Wild Fauna and Flora.
India will also drum up support for regulating trade of wedgefishes and the tokay gecko.
Roughly 5,800 species of animals and 30,000 species of plants are covered by CITES in three Appendices according to the degree of protection they need.

India, which is party to the Convention on International Trade in Endangered Species of Wild Fauna and Flora (CITES), is standing up for the heightened protection of two otter species and the Indian star tortoise from illegal trade, ahead of the CITES 18th Conference of the Parties.

The Conference of Parties (CoP) to the international agreement will be held in Sri Lanka this year from May 23 to June 3 where 183 member governments will deliberate on 57 proposals. “The roster of species that we are fighting for indicate that we are committed to protecting the not-so-glamorous species that are subject to rampant global illegal trade and overharvest,” Saket Badola, Country Head, TRAFFIC-India told Mongabay-India.

Trade Record Analysis for Fauna and Flora in Commerce or TRAFFIC is a leading NGO working globally on trade in wild animals and plants in the context of both biodiversity conservation and sustainable development.

The species covered by CITES are listed in three Appendices according to the degree of protection they need. “Roughly 5,800 species of animals and 30,000 species of plants are protected by CITES against over-exploitation through international trade,” mentions the CITES website.

The small-clawed otter, the smooth-coated otter as also the Indian star tortoise are currently listed in Appendix II, which registers species that are not necessarily now threatened with extinction but that may become so unless trade is closely controlled.

India and co-proponents will be essentially demanding the transfer of the three species from Appendix II to Appendix I, which includes species threatened with extinction.

Appendix I accords a species the highest level of protection.

The listing of a species in Appendix I effectively prevents all commercial international trade, while those listed in Appendix II can be traded under special permit conditions and only if the trade does not cause harm to them in the wild.

In the meeting, India will also drum up support for the inclusion of wedgefishes (Rhinidae family) and the tokay gecko (Gekko gecko) in the CITES Appendix II but would want the north Indian rosewood (Dalbergia sissoo) removed from that same listing.

“There is a lot of market outside the country for tokay geckos and the star tortoise. The positive point is that we have got a lot of support from other countries who are the co-proponents. They also want to list the species under a more secure legal framework. This is very encouraging,” Badola said.

For instance, he observed that the listing of all eight species of pangolins under CITES Appendix I has brought about uniformity in action across countries.

“You will see that seizures of pangolin scales and pangolins have increased. Countries do not need to go through diplomatic channels to curtail illegal trade. They can initiate action (seizures and arrests) under the CITES,” Badola explained. 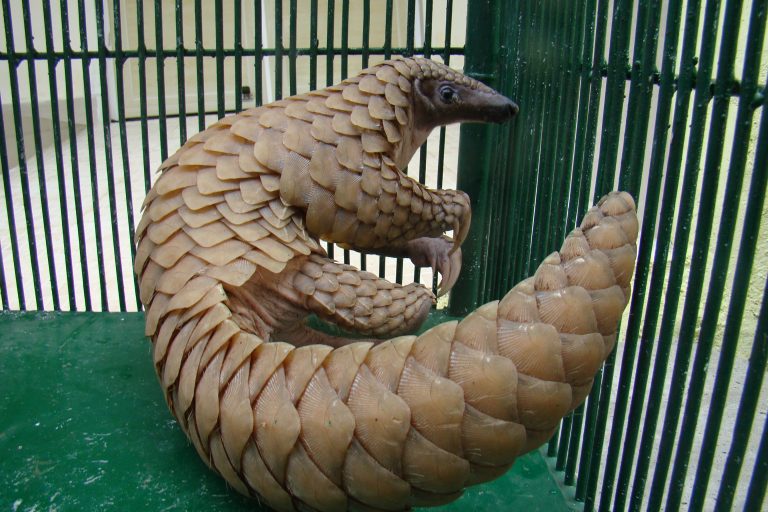 A pangolin in a cage. Photo by Sandeep Kumar.

Uplisting Of Species From Appendix II To Appendix I

Joining India, co-proponents Nepal and the Philippines are pressing for the up-listing of the small-clawed otter, a reclusive, largely-nocturnal animal that is also the smallest otter species in the world, from Appendix II to Appendix I, which would enforce a complete ban on commercial international trade.

The total level of trade in this species for pelts, pets and medicine is unclear as much of the trade is apparently illegal and unreported.

The shy smooth-coated otter, an otter of lowlands and floodplains, is also up for consideration on enhanced protection in a proposal put forward by India and neighbours Bangladesh and Nepal. It was historically in high demand for its pelts and trade in pelts continues illegally.

Proponents stressed the otter species are “detrimentally affected by international trade as well as habitat loss and degradation.”

In parallel, the Indian star tortoise is under “massive pressure” from the international pet trade.

India along with Bangladesh, Senegal and Sri Lanka will throw their weight behind the vulnerable tortoise species that has a low population recovery potential, so it can slide up to Appendix I.

However, according to an IUCN/TRAFFIC analyses of CITES CoP18 proposals, that was released on March 16, 2019, an “uncertainty” looms over the otter species meeting the criteria for a marked recent population decline, for inclusion in Appendix I at the present time.

Though the global population of both the otter species has shrunk by more than 30 percent over the past 30 years (three generations), the levels of decline mentioned remain below the general guidelines that would warrant inclusion in Appendix I, which is a percentage decline of 50 percent or more in the last 10 years or three generations (whichever is the longer).

Perhaps in what could queer the pitch for the otters, a provisional assessment of the proposals by the CITES Secretariat further questions the additional benefits an Appendix I listing would provide to improve the conservation status of the species.

Both the species “do not appear to meet” the criteria for Appendix I, as per the provisional conclusion.

As for the declining population of the Indian star tortoise, the IUCN/TRAFFIC analyses report suggests an Appendix I listing may be “precautionary” because illegal trade appears to present a constant pressure on the population.

Scant quantitative population trend data are available, but the species is inferred to face projected declines of greater than 30 percent if this exploitation continues or expands.

The CITES Secretariat’s provisional assessment, however, points out the levels of predicted decline mentioned fail to match general guideline level that would warrant inclusion of a species in Appendix I.

The assessment concludes the species “does not appear to meet the criteria” for inclusion in Appendix I. 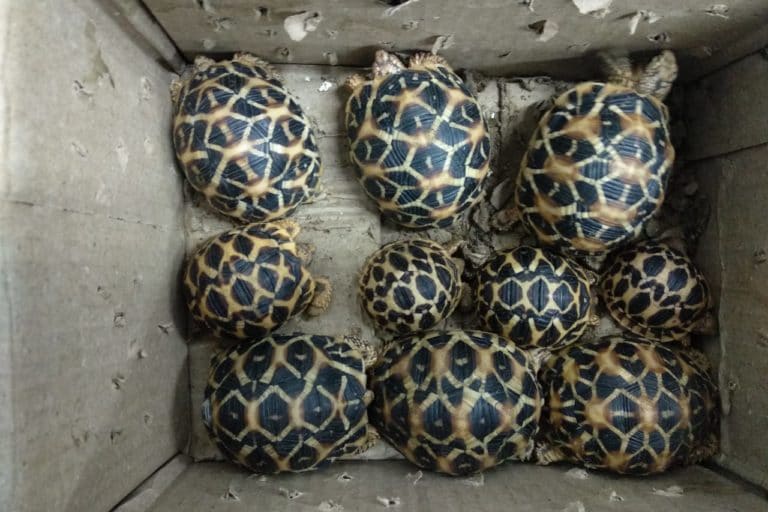 The Freshers To The Convention

The tokay gecko, one of the largest gecko species in the world and whose international trade (principally as traditional medicine) is reported to be “extremely high” is currently not included in the CITES Appendices.

This is the first time that a proposal to include it has been submitted for consideration by the Conference of the Parties. The European Union, India, Philippines and the United States of America have pitched for the listing of the distinctive orange-spotted, blue-grey coloured reptile.

The CITES Secretariat has temporarily concluded that regulation of the international trade in tokay geckos may be required to counter further decline, while the IUCN/TRAFFIC analysis acknowledges that given the patchy nature of both trade and population data of tokay gecko, a listing would help in gathering data on these aspects.

However, the IUCN/TRAFFIC also flagged the potential risks of a listing.

“A listing could promote the use of substitute species, which may not be as commonly distributed as G. gecko,” the analysis said, observing that black knobby newt (Tylototriton asperrimus) is considered a tokay gecko substitute.

Prized for their fins and meat, eight of the ten species are said to have undergone declines of greater than 80 percent over the past three generations, and one species is considered possibly extinct (all nine are Critically Endangered according to the IUCN Red List).

The IUCN/TRAFFIC analysis justifies the regulation of trade for all of the species in this family to ensure that harvest from the wild remains sustainable and legal.

The species already meet the biological criteria for inclusion in Appendix I of a marked recent rate of decline. An Appendix-II listing could help support the improved management of these species in their range states including India, as per the analysis.

The CITES Secretariat observes that the data in the supporting statement for Rhynchobatus australiae and R. djiddensis, covers only parts of the species’ range, but where data is available the species seems to meet criteria for inclusion in Appendix II. In 2017, the entire Dalbergia genus was listed in CITES Appendix II except for the species listed in Appendix I.

India and co-sponsors Bangladesh, Bhutan and Nepal contend the regulation of trade in the species is not necessary as it (Dalbergia sissoo) has a very fast growth rate and is very common in the Indian subcontinent.

But due to its recent inclusion in CITES Appendix II the trade and export of this species is “highly affected”, in spite of its abundance both in wild and on cultivation.

The IUCN/TRAFFIC analysis holds that in general there is no evidence that they are declining due to trade. However, differentiating this species in trade from all other Dalbergia species does at present remains a major implementation challenge.

On the other hand, it would open up the possibility of other rosewood species being mis-declared as Dalbergia sissoo, with the detection and prosecution of these crimes hampered by the practical difficulties. 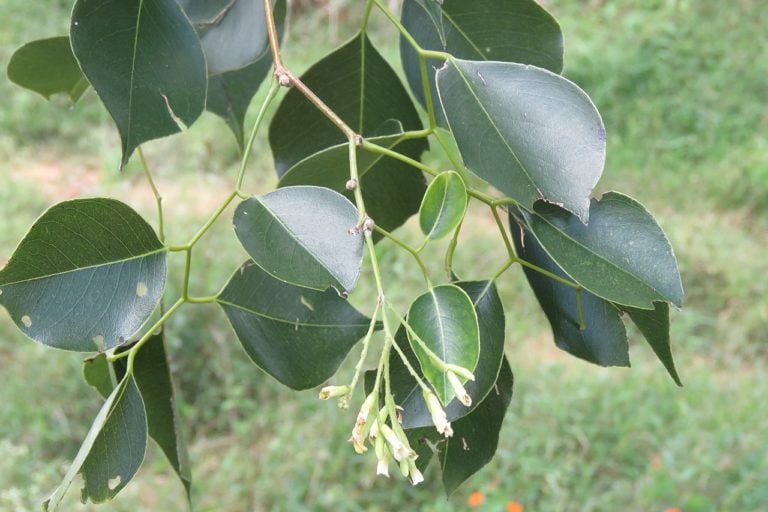 The Indian rosewood. Photo by Vinayaraj/Wikimedia Commons.
The story was originally published in Mongabay-India.
Tags Conference of Parties Convention on International Trade in Endangered Species of Wild Fauna and Flora TRAFFIC-India