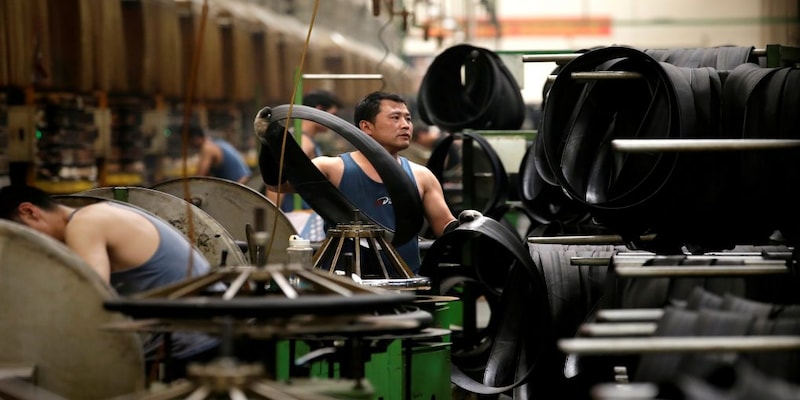 Exports rose 5.7 percent over a year earlier to $322.8 billion, down from August's 7 percent growth, official data showed Monday. Imports gained 0.3 percent to $238 billion, recovering from the previous month's 0.2 percent contraction.
Forecasters expected Chinese exports to weaken in the second half of 2022 after the Federal Reserve and central banks in Europe and Asia dampened consumer demand by raising interest rates to cool inflation that is at multi-decade highs.
China's global trade surplus widened by 26.9 percent over a year ago to $84.7 billion.
Imports from Russia, mostly oil and gas, rose 55 percent over a year earlier to $10.7 billion but were off about 5 percent from August.
China can buy Russian energy without violating Western sanctions imposed to penalize Moscow for its invasion of Ukraine, and rising Chinese purchases to take advantage of discounted prices have irked Washington by helping to buoy President Vladimir Putin's cash flow from oil and gas exports.
Exports to the United States shrank 11.6 percent from a year earlier in September to $50.8 billion while imports of American goods edged down 4.6 percent to $14.7 billion. The politically volatile trade surplus with the United States shrank by 14.1 percent from a year earlier to $36.1 billion.
Washington and Beijing have yet to resume face-to-face negotiations aimed at ending a tariff war since the inauguration of President Joe Biden in January 2021. His Chinese counterpart, Xi Jinping, was named Sunday to a third five-year term as Communist Party leader, meaning he will be reappointed to the ceremonial post of president next year.
Exports to the 27-nation European Union tumbled 23.9 percent to $47 billion while imports of European goods plunged 40.9 percent to $23.8 billion. China's trade surplus with the EU widened by 8 percent from a year earlier to $23.2 billion.
Check out our in-depth Market Coverage, Business News & get real-time Stock Market Updates on CNBC-TV18. Also, Watch our channels CNBC-TV18, CNBC Awaaz and CNBC Bajar Live on-the-go!