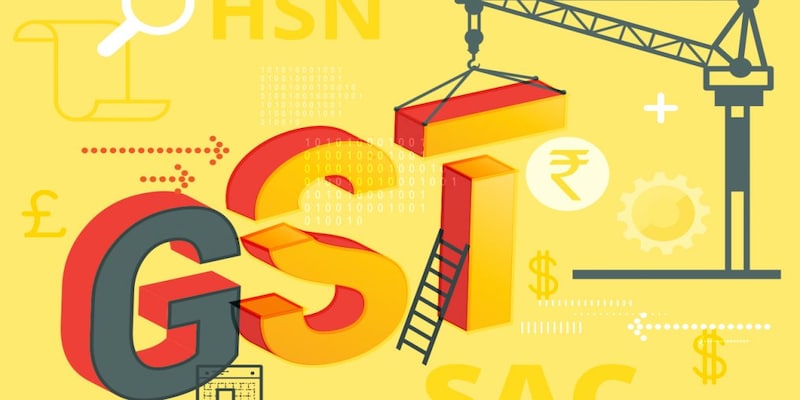 While the idea of borrowing to compensate states looked like a distant possibility once, the COVID-19 pandemic has pushed it closer to being one that can be considered.

With the Centre facing an acute shortfall in GST collections, policymakers have had to think about various ways in which it can raise money, especially to compensate states for their GST losses as prescribed under law.

Under the GST Act, the Centre has to compensate states for a period of five years from the date GST was rolled out (July 2017).
While the idea of borrowing to compensate states looked like a distant possibility once, the COVID-19 pandemic has pushed it closer to being one that can be considered.
CNBC-TV18 spoke to a cross-section of officials and experts to discuss the options before the Centre, states and the GST Council. While no formal proposal has been made, various borrowing options have been considered in policy circles.
Here’s an explainer.
THE BORROWING OPTIONS
Sources tell CNBC-TV18, there are three possible scenarios to facilitate a borrowing plan to compensate states for the GST shortfall. One, Centre borrows and pays states; two, states borrow on their own; three, the GST Council is allowed to borrow.
STATES DO NOT WANT FRBM TO BE IMPACTED
Experts say that under the first two options, the Centre or states can rely on market borrowing to fund the compensation gap but such market loans will reflect in the borrowing limits prescribed under the FRBM Act.
States are keen for the Centre to borrow as the responsibility for compensating for GST losses rests on the Centre.
SPECIAL COMPENSATION BONDS
Under these circumstances, special securities like compensation bonds with a 5-10 year maturity and a fixed but slightly higher coupon than the prevailing g-sec rates can be issued which will not reflect on the Centre’s or State FRBMs.
However, such bond issuances will also have to factor in the changing requirements of compensation and the interest cost for individual states.
GOVT GUARANTOR IF COUNCIL BORROWS
The third option is to allow the Council to borrow, which would not impact the fiscal deficit of Centre or states. However, the Council does not have any underlying assets or a balance sheet to facilitate this type of borrowing, and the Centre may have to stand guarantor for any such arrangement, sources said.
FORCE MAJEURE FOR BORROWING
Sources added that allowing the Council to borrow may need a special carve out in the GST Compensation Act, with force majeure’ being possibly used to buttress the proposal of borrowing to make up for the compensation cess shortfall.
HEADROOM UNDER COMPENSATION LAW
The GST Compensation Act already has a provision that allows, amounts other than Cess receipts as recommended by the Council, to be transferred in the Fund.
The Act says that “the proceeds of the cess leviable under section 8 and such other amounts as may be recommended by the Council, shall be credited to a non-lapsable Fund known as the Goods and Services Tax Compensation Fund, which shall form part of the public account of India and shall be utilised for purposes specified in the said section.”
HIKE IN CESS RULED OUT
Sources said that till very recently, the idea of government borrowing to make good the GST compensation shortfall was hypothetical. But with the COVID-19 pandemic beating down collections in April-May to half the normal monthly average, and an increase in the cess rate or expansion of the cess basket ruled out, borrowing is the logical way forward.
THE CHALLENGE OF 14% COMPENSATION RATE
The GST compensation problem of the states may persist in the next financial year as well, sources said, given the fact that nominal GDP in FY21 is likely be in the negative zone against the estimated 10 percent growth while the rate of guaranteed compensation to states continues to be 14 percent.
GST REVENUES LOWER BY 40%
GST collections are estimated to be in the Rs 7-8 lakh crore range at best, against the over Rs 11 lakh core target set for CGST and SGST this fiscal. Consequently, the possibility of a large borrowing executed in tranches and staggered over FY22 is not ruled out.
COMPENSATION CESS EXTENSION LIKELY
Meanwhile, consensus has more or less emerged within the Centre and states that the GST compensation cess will have to be extended beyond July 2022.
Sources said the extension of the cess beyond the 5 year period will become necessary to redeem the possible borrowings and extension of the levy may even have to be dovetailed with the tenure of such borrowings.
In fact, there was a view within the government that the compensation cess should be extended by two years beyond July 2022 even before the fiscal impact of the COVID pandemic emerged.
THE FM’S THINKING
At the last GST Council meeting on June 12, Finance Minister Nirmala Sitharaman had said that the next meeting, to be held in July would exclusively discuss the issue of compensation cess.
“Compensation has to be given to the states. And if at all, if it results in some kind of a
Even in March, the FM had said that the government will look into whether the GST Council can borrow.
“Who stands guarantee for it, how will it be paid, what is the interest that will be given. All these things will have to be legally looked into. So I have told the Council today that I will have to look at all these things, get more information, legally get the opinion and then come back to the Council as to what I have in my hand,” Sitharaman said.
Check out our in-depth Market Coverage, Business News & get real-time Stock Market Updates on CNBC-TV18. Also, Watch our channels CNBC-TV18, CNBC Awaaz and CNBC Bajar Live on-the-go!