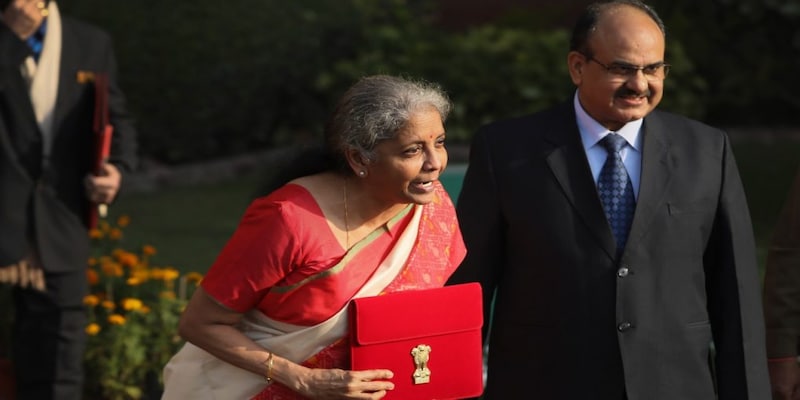 Finance Minister Nirmala Sitharaman is in talks with experts and representatives from various sectors as she is likely to present the Budget on February 1 during the first half of Parliament's Budget Session.

Finance Minister Nirmala Sitharaman held virtual pre-Budget consultations with various representatives from the financial sector and capital markets on Thursday, a media report said. As per the report, the representatives submitted a raft of proposals and highlighted the need for flexibility while regulating non-banking financial companies.

Various topics including the sustained credit flow to critical sectors of the economy, structured development of the corporate bond market, and need for parity between banks and shadow lenders in certain tax provisions, too, featured in the consultation meeting, the Indian Express reported.
The Finance Minister had also met with industry bodies and experts on infrastructure and climate change. She will also hold consultations with representatives of the services and trade sector today.
The development comes as the Finance Minister is all set to present the Budget in the Parliament against the backdrop of gradual recovery taking place in the Indian economy hit by the COVID-19 pandemic. It will be the fourth Budget of Modi 2.0 government and Finance Minister Nirmala Sitharaman. The growth this fiscal year is expected to be in double-digit. The RBI in its latest bi-monthly monetary policy review pegged a GDP growth of 9.5 percent in 2021-22.
The government has projected a fiscal deficit of 6.8 percent of the gross domestic product (GDP).
The Budget 2022-23 is likely to be presented on February 1 during the first half of Parliament's Budget session which usually begins in the last week of January every year.
-with agency inputs
Check out our in-depth Market Coverage, Business News & get real-time Stock Market Updates on CNBC-TV18. Also, Watch our channels CNBC-TV18, CNBC Awaaz and CNBC Bajar Live on-the-go!