Budget 2020: Here's what individual sectors are expecting from the upcoming budget

Budget 2020: Here's what individual sectors are expecting from the upcoming budget 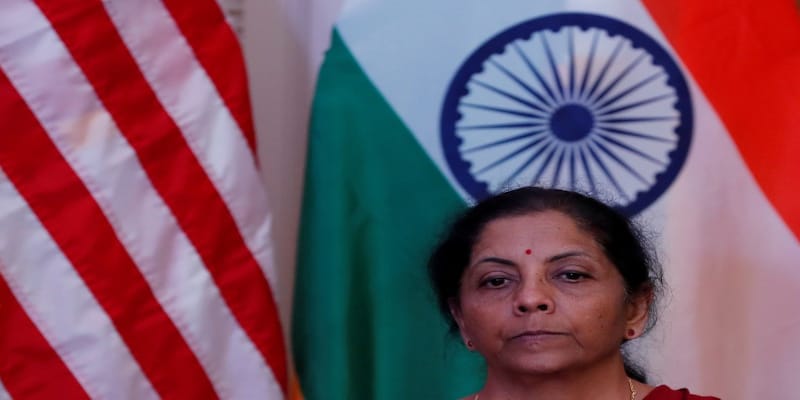 Expectations are strong that the government would focus on boosting investments, improving rural growth, job creation, addressing concerns of middle-income groups and the most important laying out fiscal deficit roadmap in the upcoming budget.

The Union Budget 2020 is a much-awaited and crucial event as market participants are anticipating more sops from the government for economic revival.

However, the government faces a tough task of rejuvenating the economy in the backdrop of inflationary pressure and mounting fiscal deficit. Nonetheless, expectations are strong that the government would focus on boosting investments, improving rural growth, job creation, addressing concerns of middle-income groups and the most important laying out fiscal deficit roadmap in the upcoming budget.
To stimulate economic growth and spur investment, the government has already unveiled plans to boost growth in various sectors such as manufacturing, infrastructure and construction. It announced a five-year long-term plan of Rs 102 lakh crore for infrastructure projects. Though it has generated some optimism in the market, more clarity regarding the same is awaited in the upcoming budget.
ALSO READ: Nirmal Bang’s expectations for various sectors from Union Budget 2020
Sectoral Expectations
1. Infrastructure/Capital Goods
First and foremost, it is expected that the budget will provide more clarity on the government’s five-year long-term plan of Rs 102 lakh cr for infrastructure projects (as some of the funds would come from budgetary resources).
Increase in allocation towards schemes such as Pradhan Mantri Gram Sadak Yojana (PMGSY), Pradhan Mantri Awas Yojana – Gramin and  Atal Mission for Rejuvenation and Urban Transformation (AMRUT) will be positive for the infrastructure sector (Roads, Cement; etc.)
Increasing allocation to defence shall also boost order books of the infrastructure and capital goods companies. Moreover, the increase in allocations towards large infrastructure projects such as bullet trains, Bharatamala, Sagarmala, Smart Cities, Inland Waterways development, etc will be positive for the infrastructure players.
2. Agriculture
Agriculture and allied sectors would remain priority sectors for the government. The government-backed schemes such as MGNREGA, Mandi reforms, PM-Kisan schemes, etc., would provide relief to farmers as well as benefit rural economy. Thus, these steps will work towards achieving the target of doubling farmers' income by 2022. This shall benefit agro-chemical based companies.
3. FMCG/Consumer Durables
There are high expectations for direct tax-related reforms such as an increase in income tax slabs or rebates. This is likely to lead to more disposable income which will, in turn, boost consumption and spending and should benefit sectors like FMCG, Consumer Durables; etc.
4. Auto and Auto Ancillary
The expectations are high for some relief in the personal income tax space, especially after the corporate tax cut announcement. Further, rural Incentive schemes could be announced to boost rural income. Both these moves are likely to augur well for demand growth for OEMs in the PV and Two Wheeler space.
Additionally, there are expectations of the formalization of incentives for scrappage of vehicles and reduction in the GST tax rate for Auto from 28 percent to 18 percent. However, we do not believe this would be announced as the government is already running a higher deficit and lower revenue would worsen India’s fiscal deficit. However, if it is announced it would be a big boost for the entire auto sector.
5. BFSI
The government is likely to miss its fiscal deficit target for FY20E however, the extent would be important. Further, the expectations would be that the government would be on track to achieve fiscal discipline for FY21E and forward. The extent of the miss would decide the reaction. We believe a 30-40bps miss would be taken by the markets. However, anything above that would be detrimental.
Further, given the slowdown in the real estate space, the government might announce an increase in the amount for the interest subvention scheme which would give a boost to housing loans.
ALSO READ: Budget 2020: Nirmala Sitharaman may revise income tax slabs in major relief to taxpayers
6. Real Estate
There are several moves that already been taken by the government recently however considering the sharp slowdown in the real estate space, there are expectations of certain additional measures. This could include a hike in interest subvention scheme, higher allocation towards affordable housing and relaxation of risk-weighted norms for real estate lending.
To sum it up, the expectation of investors/taxpayers would always remain high. However, given the present health of the economy, the government needs to focus on many areas with limited resources. Thus, in our view, the government may prioritize growth measures and job creation to re-invigorate the economy instead of putting more emphasis on correcting the ﬁscal imbalances.
Having said that, we will not be amused if the budget does not dole out many positive surprises. We must keep in mind that growth measures introduced in the recent past are yet to bear the desired fruits, in terms of demand and consumption growth. Therefore, in case the budget fails to meet the market expectations, we may witness profit-taking post the event. Nevertheless, we believe India is likely to remain a preferred investment destination for FIIs and DIIs on the back of continuous reforms implementations. We remain optimistic about the Indian markets over the medium to long term.
(The author is VP Research at Religare Broking)
Disclaimer: CNBCTV18.com advises users to check with certified experts before taking any investment decisions
Check out our in-depth Market Coverage, Business News & get real-time Stock Market Updates on CNBC-TV18. Also, Watch our channels CNBC-TV18, CNBC Awaaz and CNBC Bajar Live on-the-go!