Updated : October 11, 2020 01:10 PM IST
The mere reopening of the economy won’t help India recover, and you must keep this in mind while putting your money behind stocks

The past week saw some significant developments: Tata Consultancy Services’ (TCS) CEO Rajesh Gopinathan informed investors that the Indian IT services industry had just entered a multi-year transformation growth cycle; the government released the final list of companies that qualified for the much talked about Performance Linked Incentive (PLI) scheme for mobile phone and components manufacture; the Reserve Bank of India injected liquidity with additional measures along with a booster for new home sales--buyers committing a larger share of own funds can now look forward to cheaper interest rates.

Each of these measures has significance beyond what is apparent. And these could in several ways significantly change the economy's growth trajectory, if all goes to plan. I’ll focus mostly on the first two, as I see the third more as an enabler than a driver (click here for more on RBI’s measures ).

The Big IT upcycle

Rajesh Gopinathan’s comments on growth and salary increments have wide implications. Consider this: TCS alone has 4 lakh employees and them getting increments and an implied indication of further hikes over the next several years is a great sentiment and confidence booster. Now extrapolate such sentiment and confidence to the over 4 million employed in the IT/ITES sector in India and you’ve just ignited consumption appetite in a wide swathe of the spending class. Even as a clear divergence was already visible in key real estate markets of high-IT presence cities like Bangalore, Hyderabad and Chennai vs markets like Mumbai, one can expect a further fillip to consumption in such centres.

And it won’t be fair to think of growth in the IT/ITES sector impacting only those employed in it. A report prepared by Subir Gokarn and his team at CRISIL for Nasscom in 2007, titled The Rising Tide - Output and Employment Linkages of IT-ITeS, indicated that every job created in the sector leads to the creation of 4 jobs in others. Also, every rupee spent by the sector domestically translates into an output of Rs 2 in the economy.

So, what Rajesh Gopinathan has unleashed is a big confidence booster for the next 5-7 years for the 4 million sector employees, the near 17 million people indirectly associated with the sector and the near 0.2 million employees, and about 0.8 million others in allied sectors, to be added each year.

The world isn’t growing. So the private sector is not keen to invest in new capacities, which then means no new jobs either. What that leaves us with is a government already strapped for funds.

And, despite all the talk of deleveraging, corporate balance sheets are not in the best of shape, which further crimps appetite for fresh investments. This was reflected in CMIE’s capex proposal data that showed them at a near bottom in the past two quarters—Rs 58,700 crore in Q2 and Rs 56,100 crore in Q1, near the lowest possible. Also, it isn’t that there was no capex undertaken over the past few years, which would necessitate a fresh upcycle.

We reviewed data for BSE-500 companies (ex-financials) on various parameters to get a better sense of how the “healthier” bunch of India Inc were placed. Here’s what we found. The total gross block and debt have continued to rise, though net gross block addition has slowed and debt and net debt additions have crept up at a slower pace. Here, it’s important to note that some of the gross block addition was due to a change in accounting standards for “right-of-use” assets, mostly in the telecom sector, but even excluding telecom there’s been growth. What’s more, the debt-equity ratio after seeing a sharp decline in fiscal year (FY) 2019 is back near the range in the preceding 4-5 years but free cash flows have yet to recover to FY2018 levels—after the sharp slide in 2019 led by Reliance and the oil marketing companies, in a year that saw crude (US WTI) drop from near $75 to $45 in a couple of months. 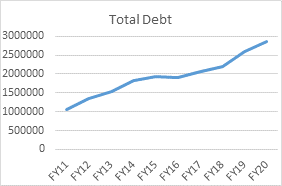 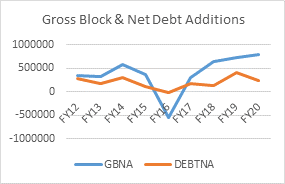 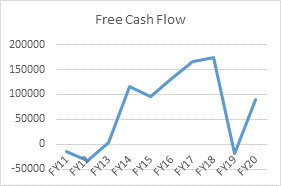 So, is the deleveraging story amiss? Not really. A good section of companies have undertaken significant debt reduction exercises over the past two years, and some are still at it. Here names like DLF and Jindal Steel & Power stand out. Similarly, on the capex front, it is the oil & gas and power PSUs and the automakers (given the BS-VI needs), besides the telecom players, who have been in capex mode.
Amounts in Rs Cr


But let’s get back to the core subject. Given the above context, the downcast sentiment with job losses and pay cuts—though some of that is starting to correct—consumption or demand is likely to remain subdued, even though there is much excitement about getting back to near pre-COVID levels. And the economy is set to contract by a severe 9.5 percent this year, according to RBI, and a full recovery could take another 10-12 months. In this context, the one big incentive for India Inc to get back to expansionary mode is the substitution opportunity.

While the mobile handset making PLI scheme can be a big winner, especially since we have serious players like Apple’s associates and Samsung making a big play, even schemes for bulk drugs manufacture (though there are some reservations expressed on its attractiveness) and for indicated segments like air conditioners, TV sets, leather, chemicals, furniture, tyres, toys, solar cells, auto components, capital goods, textile and food processing can deliver significant growth, if the incentives are right.

While many of the schemes are targeted at import substitution, there is an export objective too—as indicated in targets for mobile handsets under PLI. And that’s particularly exciting because of the magnitude of the opportunity.

The global mobile phone market size is $267 billion and China meets 47 percent of the demand. Even a 5 percent shift--that’s significant--spells over $6 billion in incremental revenues. For India with a near 1 percent share that’s 200 percent growth.

The Global Mobile Sweepstakes
Below are the 15 countries that sold the most mobile phones in international markets during 2019.

Similarly, China commands a dominant share of the global textiles and apparel export markets, estimated at over $300 billion and $ 500 billion, respectively. A 5 percent shift away from China can spell a near $14 billion market opportunity.

Clearly, the opportunity is big and there for the taking. Can India get its act together and do the right thing to realise it, is the big question. For now, the global IT transformation wave has provided a big tailwind to the Indian economy. And if we can get the substitution opportunity right, the scenario for jobs, consumption and growth can change dramatically. And those in India Inc who can grasp the opportunity will likely deliver bigger gains than those focused on riding a revival in other sectors of the economy.

So, watch this space closely.