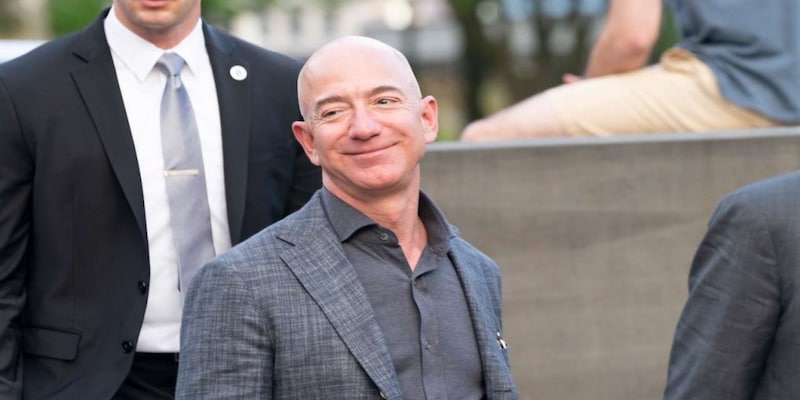 The latest survey of economists by the Wall Street Journal found 63 percent of respondents predicting a recession soon.

Amid talks of slowdown and recession, Amazon founder and Blue Origin Chief Executive Officer Jeff Bezos has also spoken about the impending economic downturn. Sharing a video of Goldman Sachs chief executive David Solomon stating that there is a good chance of a recession in the coming months, Bezos said the probabilities in the market point to a coming recession.

“Yep, the probabilities in this economy tell you to batten down the hatches,” Bezos wrote.

Yep, the probabilities in this economy tell you to batten down the hatches. https://t.co/SwldRdms5v

“I think you have to expect that there’s more volatility on the horizon now. That doesn’t mean for sure that we have a really difficult economic scenario. But on the distribution of outcomes, there’s a good chance that we have a recession in the US,” Solomon said in the interview with CNBC.
ALSO READ:
Recession is here: A look at what these global experts are saying
Bezos and Solomon are part of a wider group of business leaders, experts and analysts who are expecting the US economy, and consequently the world, to witness an economic downturn. A new Bloomberg Economics model projection found that there is a 100 percent chance of a recession in the US in the next 12 months. The latest survey of economists by the Wall Street Journal found 63 percent of respondents predicting a recession soon.
Jim Rogers, an American investor and co-founder of the Quantum Fund, said that a large amount of debt in the world could make the coming economic downturn the worst he had ever seen, in an interview with Business Today.
World Bank President David Malpass recently added the world was “dangerously close to a global recession” and cautioned nations to aim for targeted assistance for the poor.
Billionaire banker and JPMorgan Chase CEO, Jamie Dimon has been one of the strongest voices cautioning against global headwinds that can pull the economy into a recession. Dimon has been warning of an impending recession for months, having said in June that there was a 50 percent chance of recession. In his
“These are very, very serious things which I think are likely to push the US and the world -- I mean, Europe is already in recession -- and they’re likely to put the US in some kind of recession six to nine months from now,” Dimon told CNBC in an interview.
ALSO READ: Goldman Sachs sees deeper UK recession after Liz Truss tax U-turn
Citigroup CEO Jane Fraser was much more aggressive in her prediction of a recession, stating that the world is going to “experience rolling country-level recession starting this quarter” while expecting the US to see a “mild recession in the second half of 2023”.
Economists like Nouriel Roubini, who had been one of the first experts to predict the 2008 global financial crisis, have also warned of a “severe, long and ugly” recession in the coming months.
(Edited by : Sudarsanan Mani)
Check out our in-depth Market Coverage, Business News & get real-time Stock Market Updates on CNBC-TV18. Also, Watch our channels CNBC-TV18, CNBC Awaaz and CNBC Bajar Live on-the-go!