Back to the Future: Lessons from Cyclone Fani

Updated : May 30, 2019 08:36 AM IST
Odisha did well in its preparedness to deal with Cyclone Fani, which also included involving citizen participation.
Its evacuation strategy saved millions of lives.
Learning from the experience of Fani and previous natural disasters, the state should develop and fine-tune its resilience strategy and build it into its planning process.

On May 3, the coastal state of Odisha in eastern India witnessed Fani, an ‘extremely severe cyclonic storm’ and the first major cyclone of the 2019 North Indian Ocean cyclone season. Fani has claimed about 64 human lives in Odisha and caused mass destruction to property and land, disrupting power and water supply, according to news reports. Casualties and damage to property were also recorded from the adjoining states of Uttar Pradesh, West Bengal, Kerala, Andra Pradesh and others, with the initial financial losses pegged at Rs. 2000 crore (Rs. 20 billion) and a tremendous blow to the region’s green cover. The neighbouring country of Bangladesh was hit as well.

For Odisha, facing severe cyclones is not a new phenomenon. The deadliest cyclone in the state’s history occurred in 1999 which left a staggering 10,000 people dead. There have been massive improvements since, both in terms of better weather forecast technology as well as disaster preparedness. In 2013, before Cyclone Phailin struck, the state had successfully evacuated millions of people averting a major disaster. This time too, over 1.1 million people were evacuated from 10,000 villages in Odisha, thanks to the timely warnings issued by the Indian Meteorological Department (IMD).

The power of citizen participation

The efforts of the state to carry out successful evacuations highlight good disaster management planning. The authorities deployed repeated warnings through satellite phones, which helped in the process of setting up safe shelters.

The use of local networks and tapping of the region’s social capital played a major role in supporting this rescue operations. Citizen participation and support is often crucial in times of disasters and can help save many lives. For example, during the 2018 floods in Kerala, the local fisherman played a critical role in the rescue and were lauded for their efforts. During Fani too, a point worth noting was the cooperation of the citizens with the rescue teams.

When unprepared, people tend to back away from joining rescue operations and insist on staying locked up in their homes because they perceive the risk inaccurately. Such actions often prove to be unproductive since houses – in most cases, built with concrete or wood in India – could collapse, adding to the disaster, slowing down operations and losing precious time. This highlights how disaster preparedness and training for the local communities is a requisite, particularly in vulnerable regions. 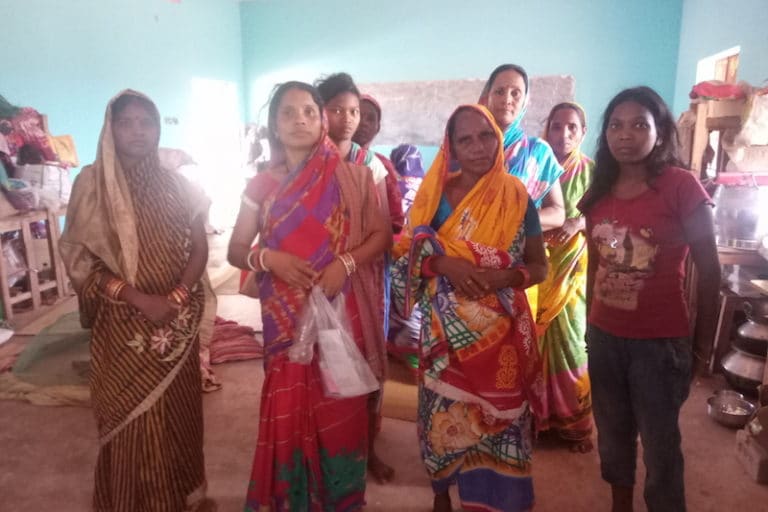 Women residents of a relief camp. Photo by Sahana Ghosh/Mongabay.

Odisha’s disaster preparedness is just one part of the story. Now, having averted the worst consequences of Fani, the state is looking ahead at questions pertinent to most vulnerable coastal regions around the world. With rising sea levels and changing sea surface temperatures, more and more regions around the globe are faced with the threat of frequent flooding and disasters.

To design effective resilience strategies, there is a need to look deeper. Damages by cyclones are generally attributed to four causes – winds, floods, lightning and storm surges. The 1999 cyclones in Odisha had a storm surge of 5-6 metres, and most of the deaths can be attributed to this factor. Fani, on the other hand, had a storm surge of only around 1.5 metres. Also, even though Fani was a rare summer cyclone, it was one of the few that followed its predicted path as projected by the IMD. Very few cyclones do so, and deviation from projected paths is what makes rehabilitation efforts generally more difficult. In addition, cyclones generally take around 7 days to form – but Fani took a period of 10 days, and this gave the authorities added time to prepare. These factors, coupled with the disaster management measures carried out by the state, helped limit the damages caused by the cyclone.

While the damages due to Fani have certainly been less when compared to the past cyclones, there is still a long road ahead in terms of building a more resilient future for the state, as well as the country.

Odisha is now trying to assess the economic as well as resource losses caused by Fani – the loss to infrastructure, agricultural lands and vegetation cover, and with it the larger assessment on how to move forward with rebuilding and reconstruction. Mainstreaming of climate resilience into planning processes and strategies is very critical, moving forward. Plans that systematically take into account climate risks would help to design more resilient infrastructure, and also avoid construction in extremely vulnerable regions. A good example of this is how the storm shelters were built with lightning arresters in Odisha. Though lightning claimed lives in Uttar Pradesh and Bangladesh, Odisha recorded zero casualty on this front. States need to invest in both physical and human capital while designing resilient pathways. It is important to ensure that the strategies are adequately reflected in budgetary allocations to different sectors and departments. Resilience cannot be a stand-alone agenda, it needs to be incorporated into overall developmental efforts and have sound funds in place for its implementation.

Building institutional memory both at the state and local levels is also very important, and periodic training for the relevant officials on handling disasters, as well as designing policies to include adaptation strategies is needed.

Fani, just like its predecessors, raises worrying issues for future development. Not all natural disasters can be predicted accurately. Some of the most damaging events are the ones that did not give sufficient warning, like the Kerala floods of 2018. Moving forward, we need to recognise the threats that climate change poses for the future and make sure that we develop in ways that mitigate those threats. Or else, it will always be one step forward, until the next wave strikes – and two steps backward again.