Updated : August 29, 2018 02:07 PM IST
The 23-year-old remains India's 'silver girl', having lost finals at the Olympics, Commonwealth Games and two world championships before Tuesday's Asian Games title showdown defeat to world number one Tai Tzu-ying of Taiwan.
PV Sindhu: "I think it's not so easy to say but you need to work hard on every stroke and every time you need to be positive and keep going forward." Pusarla Sindhu seems to have made an unfortunate habit of winning silver medals at major badminton events but the Indian remains positive that lessons learned in each defeat will eventually help in her quest for an elusive gold.

"I think it's not so easy to say but you need to work hard on every stroke and every time you need to be positive and keep going forward," she told reporters after going down 21-13 21-16 to Tai in a one-sided final.

"Matches like this might make you feel bad. You know a silver medal makes you feel bad. But I think you keep learning a lot more from your mistakes."

Sindhu has played in five other finals this year without winning any of them. 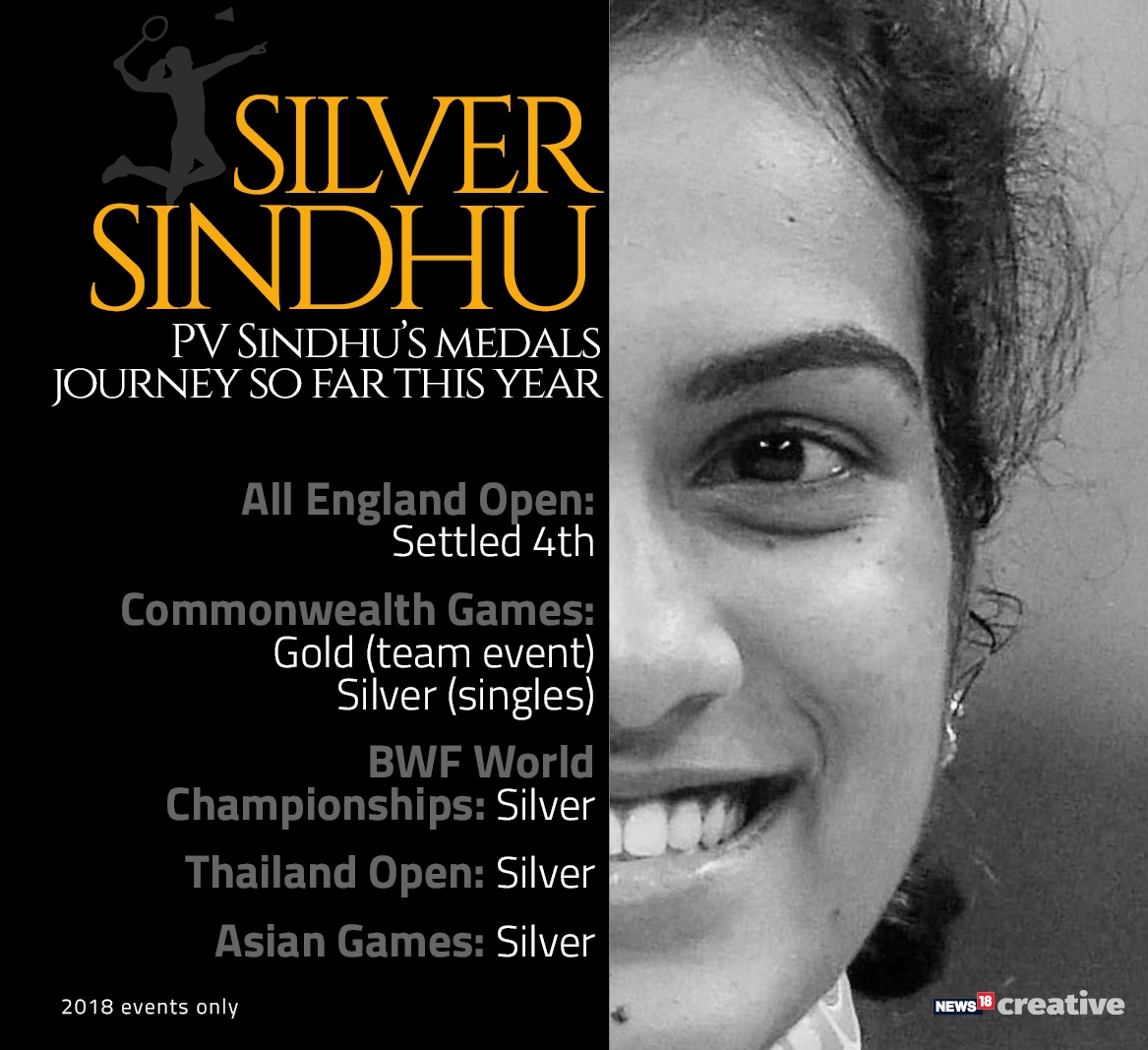 "At the end of the day, we all love to win gold," India's badminton head coach Pullela Gopichand said. "Sindhu would hope she wins and people stop talking like this.

"But to come back from world championships and Asian Games with silver is enough to be very proud. The sceptics are always there, and they say what they have to."

Gopichand also coaches former world number one Saina Nehwal, who won bronze in the women's singles after going down to Tai in the semi-finals.

The 44-year-old former All England champion was confident that Sindhu would return a stronger player.

"There is a physical side to recovery, and then there is a mental side to it," Gopichand said. "After a loss, you should not think about either the match you have played or about what happens tomorrow.

"As a top athlete, it's fundamental to keep forgetting things and moving on. The players have routines in pre-match preparation. If you are involved in them and are in the present moment, it will take care of the emotional recovery."
Tags Asian Games Pullela Gopichand PV Sindhu Saina Nehwal