Updated : September 25, 2019 03:48 PM IST
Scientists in a forthcoming study examine if the transition from traditional agriculture to the more lucrative monocropping is impacting health and happiness of indigenous communities in Tripura in northeast India.
The study documents diminishing agrobiodiversity in the shifting cultivation landscape.
Researchers suggest a transition to rubber monoculture delinks indigenous communities from cultural practices that form the hallmark of shifting agriculture.

Caught in the transition from shifting cultivation (jhum) to rubber monocropping, members of indigenous communities in a remote district in Tripura – India’s second rubber capital – are “struggling” or “just getting by”, a forthcoming study has claimed.

The study from one of India’s smallest states comes amidst a growing body of research linking biodiversity and mental well-being. It suggests that declining food and dietary diversity due to rubber monocropping is affecting the health and happiness of the indigenous communities in 18 villages of Tripura’s Dhalai district, bordering Bangladesh.

Researchers who assessed the status of agro-biodiversity and “subjective well-being” of the indigenous communities in the study said not only was there an observed drop in agro-biodiversity due to the transition, but the change also impacted their cultural practices linked to shifting cultivation, which in turn has left them feeling discontent.

Rubber plantations were introduced in Tripura in 1963 by the forest department, as a means to manage and stabilise shifting cultivation (locally known as ‘jhum’), rehabilitate shifting cultivators and to restore degraded land affected by repeated shifting.

Tripura considered as the ‘second rubber capital of India’ — after Kerala — has emerged as the frontrunner among the non-traditional rubber growing regions. Dhalai, one of India’s most backward districts, is largely a tribal district (with 56 percent indigenous population) where a majority of people (76 percent) eke out their living through agriculture.

“We documented only 19 crop species on the jhum landscape in Dhalai. This kind of shifting cultivation landscape is otherwise known for its vast agro-biodiversity in the tropics,” Pandey said, adding that at least 30 crops have been recorded in jhum landscape in the eastern Himalayas.

In Dhalai, Pandey and colleagues recorded the cultivation of rice, sesame, pigeon pea, maize, cotton in the jhum landscape and among vegetables, communities preferred potato followed by ash gourd, colocasia and cucumber. In the case of fruit crops, lemon was reported as preferred crop followed by banana as mainly grown on shifting cultivation (SC) fallow. Scientists in a forthcoming study examine if the transition from traditional agriculture to the more lucrative monocropping is impacting health and happiness of indigenous communities in Tripura in northeast India. Photo by DK Pandey.

Ninety-two percent of the respondents were not happy to let go of their traditional agricultural practices. “A section of them (indigenous communities) told us they are suffering in the present while others expect more struggle in the future,” Pandey said.

“This is because individual happiness is increasingly linked with cultural values and shifting cultivation is integral to an indigenous culture which often involves the application of sophisticated indigenous technical knowledge. Many indigenous cultures worldwide have spiritual beliefs, ethical values and/or traditional practices that are directly linked to the environment,” explained Pandey.

For example, Garia puja (worship of the ‘god of good harvests’) is mainly conducted by jhumias (shifting cultivators). It is observed as a harvest festival by the ethnic tribes and celebrations begin from last day of March-April in Tripura.

The major tribes in the study area are Tripuri, Reang, Kuki (Halam/Darlong/Hrangkhawl), Koloi and Chakma, according to the study. Reang is a Primitive Tribal Groups (PTG) as classified by the Indian government.

According to the study, shift to rubber monoculture forces tribals to give up labour activities centred around the cultivation calendar such as collective clearing, fire management, collective harvesting and so on.

A recent study warned against the unregulated expansion of rubber monocultures in seven northeastern states, including Tripura, that together make up the second-largest area of rubber (Hevea brasiliensis) planted in the country. The study likened the rubber boom in northeast India to the spread in southeast Asia.

“In the last 20 years, the practice of shifting cultivation has gone down. Rubber fetches more money. Besides rubber, there is urbanisation and developmental projects that have taken up space. Many college-educated youngsters are migrating to cities to work and this has also affected jhum,” M. Barua, who is associated with NGO Maitri Social Welfare Society in Dhalai told Mongabay-India. Could there be other reasons for vanishing happiness?

However, Ajoy Debbarma, of the Centre for Forest-Based Livelihoods and Extension, Indian Council of Forestry Research and Education, Agartala, said a comprehensive state-wide study is necessary before coming to a conclusion on holding rubber monoculture responsible for vanishing happiness of tribals.

“If rubber monoculture has replaced shifting cultivation landscapes, it is obvious that the availability of land to forest fringe communities for diversification has also decreased. This could be the reason for diminishing agrobiodiversity and associated livelihoods,” Debbarma told Mongabay-India.

“Besides these, the availability of other Non-Timber Forest Products (NTFPs) such as wild edible plants, mushrooms and medicinal plant species that thrive in natural areas on which forest fringe communities largely depend for their day to day sustenance and well-being are also reported to be diminishing. All these perhaps could be the reason for the vanishing happiness as is pointed out in the study, though a comprehensive study is needed to come to a conclusion,” Debbarma said. 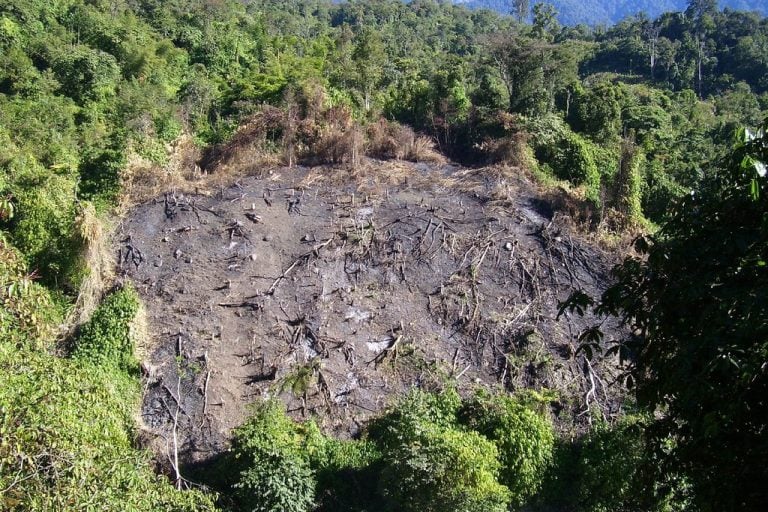