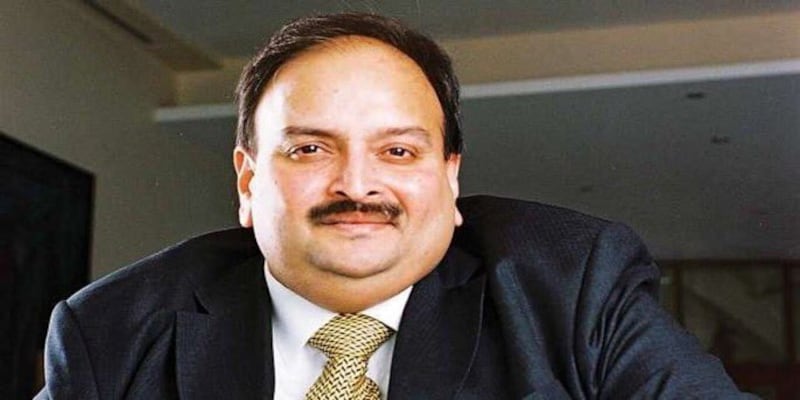 Antigun government will soon start the process of revoking the citizenship of Mehul Choksi, one of the main suspects in a $2-billion fraud at state-run Punjab National Bank, reported CNN-News18 on Monday.

The Antiguan government may soon start the process of revoking the citizenship of Mehul Choksi, one of the main suspects in a $2-billion fraud at state-run Punjab National Bank, reported CNN-News18 on Monday.

The government of Antigua wants India to build a strong case against Choksi so that they can present the same before the Antigua Courts in case of any legal battle, the report said citing top diplomatic sources.
The Antigua government is now awaiting a formal extradition request from the Central Bureau of Investigation and the Enforcement Directorate following which they will send the request to revoke citizenship "very soon", sources told CNBC-TV18.
The development comes after the Indian High Commissioner in Georgetown alerted Antigua and Barbuda (A&B) authorities about Choksi's whereabouts and requested them to prevent his movement by land, air or sea.
"Our High Commissioner is meeting the relevant authorities in A&B government today. We continue to liaise with relevant government of India agencies and the government of Antigua & Barbuda to follow up on this matter," sources told CNN-News18.
Choksi, who reportedly escaped the country on January 4 on an Indian passport and took the oath of allegiance in Antigua on January 15, has already hired a lawyer to fight his case in Antigua, the report said citing sources.
In an open letter on July 26, Choksi denied media allegations and said the decision to move to the Caribbean was to expand his business.
Check out our in-depth Market Coverage, Business News & get real-time Stock Market Updates on CNBC-TV18. Also, Watch our channels CNBC-TV18, CNBC Awaaz and CNBC Bajar Live on-the-go!