Updated : May 30, 2019 04:36 PM IST
A team of researchers has explored the potential of transformation of harmful carbonaceous aerosol particles into value-added products that are important to the biomedical industry, paving the way for environmental mitigation.
Constituents of carbonaceous aerosols were converted into nanodiamonds that are essentially bits of crystalline carbon hundreds of thousands of times smaller than a grain of sand.
Atmospheric carbonaceous aerosols significantly change the energy balance of Earth‘s surface and atmosphere and alter cloud properties, thereby affecting climate.

Particulates that are under constant flak for contributing to air pollution, now have a chance at reclaiming themselves. Short-lived climate pollutants, carbonaceous aerosols (CAs), such as black carbon, have received increased attention worldwide due to their adverse impacts on climate, ecosystem and human health.

Now, researchers from India have shown a way to potentially transform the toxins into advanced alternative materials.

In a study, researchers at CSIR-North East Institute of Science & Technology report that they have succeeded in converting the sooty black material, called black carbon, into nanodiamonds that are essentially bits of crystalline carbon, hundreds of thousands of times smaller than a grain of sand.

These diamond nanoparticles with a size below one micrometre are so small that millions of them could fit on the head of a pin. Carbon nanoparticles are in vogue due to their medical applications such as drug delivery, biosensing, and biomedical imaging.

While the research shows promise for the biomedical industry, the scientists have drawn attention to environmental mitigation through the conversion of CAs which are tiny in size but have big impacts.

“Carbonaceous aerosols impact climate as also for human health. We were motivated to convert the black carbon fraction of these aerosols to a value-added product for environmental mitigation,” Binoy K. Saikia of the institute’s Polymer Petroleum and Coal Chemistry Group in the Materials Science & Technology Division, told Mongabay-India.

“Black carbon (BC) and organic carbon (OC) are two major carbonaceous aerosols. BC absorbs solar radiation and hence contributes to global warming, while OC mostly scatters in nature and therefore cools down the climate. More recently, an absorbing variety of OC has been discovered which is named brown carbon,” Dey told Mongabay-India.

Black carbon is possibly the second largest contributor to climate change after carbon dioxide. Unlike long-lived carbon dioxide, black carbon, because it is a particle, remains in the atmosphere only for days to weeks before it returns to earth with rain or snow. Finding a diamond in the rough

According to the World Meteorological Organisation, when studying aerosol impact on climate, the largest uncertainties by far are associated with the effects of carbonaceous aerosol. Their contribution to air pollution varies with region.

Reducing black carbon in the atmosphere has added benefits like reduction in air pollution and warming. Also, mitigation of black carbon, which is a short-lived climate pollutant, is likely to have a more rapid effect on improving the air quality compared to green house gases (GHGs) that are going to stay for hundreds of years in the atmosphere, said Dey.

Saikia and colleagues trapped and collected aerosols in air samplers and dust samplers placed in and around their campus in Jorhat, Assam, which is close to a national highway and tea gardens. Saikia says in the northeast, biomass burning and coal (also used in boilers in tea gardens) are likely loading the atmosphere with carbonaceous aerosols.

“But pollutants do not know boundaries and there is a regional component (from other states) as well which is involved apart from local sources,” said Saikia.

Saikia said teasing apart and getting rid of the toxic metals, organic compounds, and atmospheric impurities proved tough. “We used a technique that is environmentally safe in contrast to detonation methods conventionally deployed in nanodiamond synthesis. However, the experiment was very challenging due to the presence of toxic compounds associated with CAs such as the polyaromatic hydrocarbons,” Saikia said, adding the product was also not toxic to cells.

“Generally nanodiamonds are prepared by detonation process which is hazardous for the environment and the nanodiamonds so produced are hardly fluorescent. So nanomaterial produced from CAs through this process are blue fluorescent and opens up avenues for deep insight into the physics of nanoworld. This material can find greater application in the biomedical industry,” Kaur told Mongabay-India.

“Though sometimes material characterisation does not give us the accurate information of the nanomaterial, even if the materials so produced are not truly nanodiamond they definitely give way to environment protection,” Kaur said. CSIR-NEIST is a partner institute in India’s National Carbonaceous Aerosols Programme- Carbonaceous Aerosol Emissions, Source Apportionment and Climate Impacts (NCAP-COALESCE) programme launched in 2017 which aims to address scientific complexities related to carbonaceous aerosols, focussing on issues underlying their origin and fate, and their role as drivers of regional climate change, over India. This research runs in parallel to India’s NCAP-COALESCE.

“CAs are produced from combustion – so if we are mitigating open stubble burning, CAs are expected to reduce. Similarly, mitigation of biofuel/biomass for domestic household activities (through schemes that provide clean cooking fuel) is also expected to reduce CAs. In future, we should target also to cut down fossil fuel burning,” emphasised Dey.

Our understanding of CAs also needs to improve.

A recent research by Nagoya University scientists suggests that the interactions of black carbon with atmospheric and rain patterns are likely to be more complex than previously considered.

“Often it is found that CAs mix with other aerosols (like dust, sulfate) and such mixing enhances warming. Also, the climate models consider BC to be hydrophobic (water repelling) when freshly emitted and these get converted to hygroscopic (water absorbing) when they age at a fixed time. In reality, this assumption is not correct and very recent work has started shedding some light on this,” Dey said.

“Similarly, we need to know how the optical properties of CAs change due to atmospheric processes. For example, absorbing efficiency of brown carbon is still a matter of debate,” he added. 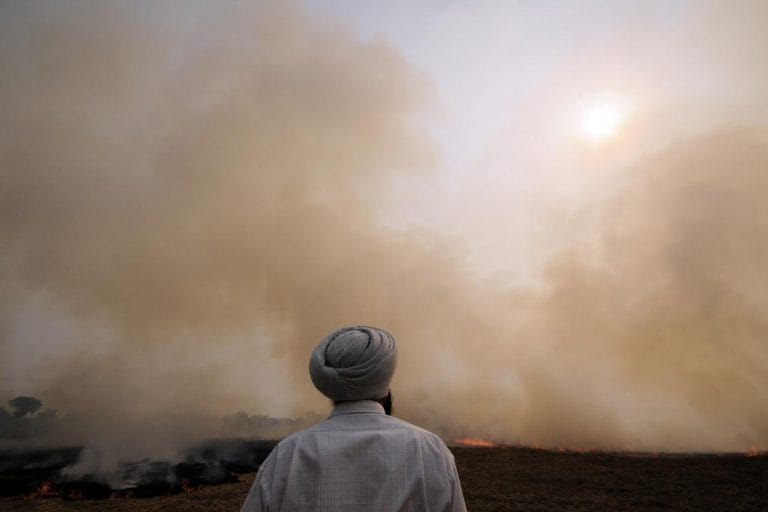