Agriculture is taking the hardest hit of climate change in Chhattisgarh

Updated : April 23, 2019 08:41 PM IST
Decrease in average rainfall and erratic rainfall pattern has affected the rain-fed paddy cultivation in Chhattisgarh.
Practices to farm alternate crop, based on traditional knowledge systems in agriculture, are dying out due to lack of markets for the products.
Current government agriculture schemes need review to make them more climate resilient and sustainable.

Climate change is slowly beginning to affect the most important cog in the economic wheel of India – agriculture. Rain-fed agriculture systems are taking a hard hit with monsoons becoming erratic and rain scarce.

Chhattisgarh in central India is among the states where the impact is plain to see.

Agriculture and its allied sectors provide income to around 80 percent of the rural population in Chhattisgarh and constitute 16 percent of state’s Gross Domestic Product (GDP). Of this 80 percent, more than half, around 46 percent, are marginal farmers and a majority of them rely on rain-fed mono-crop agriculture, making them most vulnerable to the impact of climate change.

The northern and southern regions of Chhattisgarh, in particular, due to their hilly terrain lack proper irrigation facilities. Moreover, the absence of residual soil moisture leaves nearly half of the arable land fallow for any second crop, making things even more difficult for farmers, notes the State Action Plan on Climate Change. 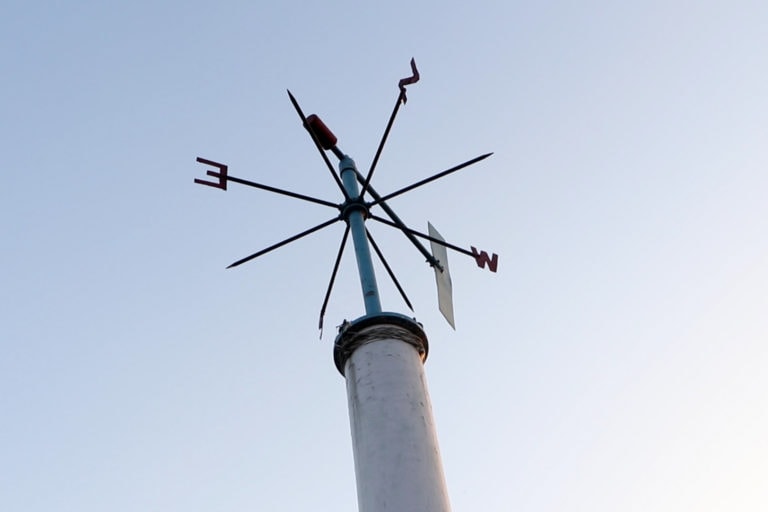 Climate-resilient agriculture can help minimise the impact on farmers and their livelihood. Photo by Devendra Shukla.

According to Dr. G.K. Das, head of department, Agrometeorology, at the Indira Gandhi Agriculture University in Raipur, annual rainfall has decreased from the usual 1,400-1,600 millimetres to 1,200-1,400 mm. “Earlier, rains would last for 80-90 days during monsoon; now it has decreased to 65 days,” he added. The change in rainfall pattern has been causing more frequent and intense periods of droughts in the state. In 2015, 117 tehsils of the state’s 27 districts, 65 tehsils in 2016, and 96 tehsils in 21 districts, in 2017, were declared drought-affected. Some areas in the state are already witnessing a depletion in groundwater levels because of over-extraction of water and not enough replenishment due to erratic rainfall. And the situation could get worse, say experts.

Expectedly, this has led the exchequer to spend a significant share of its budget on risk mitigation measures such as loan waivers for drought-hit farmers and crop insurance schemes, depriving the sector of investments to improve efficiency.

Data collected by the Action on Climate Today (ACT) has revealed more facts that indicate the extent of damage to farmers caused by climate change in Chhattisgarh. A programme, funded by the United Kingdom’s Department for International Development, to help reduce the effects of climate change in South Asia, ACT worked on a scoping study of climate-resilient agriculture in Chhattisgarh to highlight the fall-out of the erratic climate patterns. 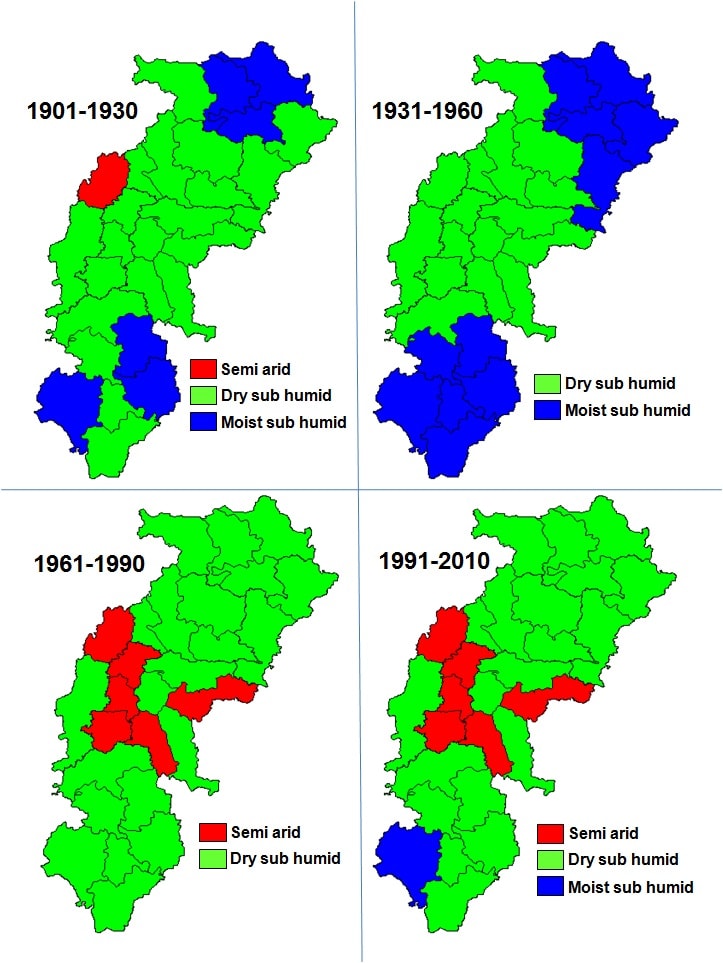 Impact of changing climate on Chhattisgarh from 1901 to 2010. The semi-arid areas in the state have increased from one single district to six districts, indicating that the state is moving from a wet to dry climate. Maps courtesy Indira Gandhi Agriculture University Raipur.

According to the study, there has been an increase in pest attacks due to temperature variation, which is also leading to increase in usage of pesticide. Incidences of droughts, hailstorms, cyclones and flooding have also risen, impacting crop productivity in different agro-climatic zones. The study also says that there has been a shift in the sowing season of Kharif crops in the last three to four years due to delay in onset of the south-west monsoon. This has implications for the paddy crop, where long-duration varieties no longer have sufficient time to reach maturity. Moreover, migration has increased over the last four to five years due to high risk and losses in agriculture. With the men moving to cities to work as labourers, women bear the additional responsibility of household, field and cattle protection.

This scoping study also highlighted how traditional knowledge practices in agriculture like growing millets like Kodo-Kutki and Ragi and rearing indigenous cow breed as resilience practices in times of crop failure are now lost due to poor market prices for these crops.

Climate-resilient agriculture – a step in the right direction

As bleak as the situation may seem, there are feasible solutions that can be worked upon to make agriculture more sustainable in the face of climate change.

The world over climate-resilient agriculture (CRA) is being looked at as a solution that combines sustainable agriculture practices with measures for disaster risk reduction. It is an integrated approach based on site-specific assessments to identify suitable agricultural production technologies and practices, recognising that options will be shaped by local contexts and capacities and by the social, economic, and environmental situation. An increase in the pest attack due to temperature variations has also led to an increase in usage of pesticide. Photo by Devendra Shukla.

Many ongoing government schemes of the department of agriculture and biotechnology in Chhattisgarh have climate co-benefits, by default, like solar-pump irrigation scheme and integrated watershed management schemes that help develop climate resilience of farmers, but there has been a lack of explicit focus on climate change. It is crucial that climate vulnerabilities of each departmental scheme be identified, based on which scheme-wise resilience building activities can be developed. This practice will ensure that the intended benefits of the schemes are not undermined by climate change or that at least the loss and damage caused by climate change are reduced.

One step in the desired direction is real-time weather-based agro-advisory information dissemination through the Gramin Krishi Mausam Sewa by IMD. Under this programme information related to rainfall, temperature, wind speed and crop advisories are provided to the farmers through various media platforms like Radio/ television/SMS etc. However, there has to be a push for more awareness and innovative approaches to make weather information accessible to marginal farmers, many of whom lack digital literacy and find it difficult to extract the information and make decisions based on the weather report.

According to data from field-level discussions conducted by Action on Climate Today Programme in all three agro-climatic zones i.e. Central Plains, the Northern Hills and the Southern Bastar Plateau of Chhattisgarh state, not many farmers are benefitting from weather-based crop insurance through the government’s Pradhan Mantri Crop Insurance scheme and Restructured Horticulture-Based Crop Insurance scheme due to lack of procedural knowledge in accessing these schemes. Traditional knowledge practices in agriculture for climate resilience are lost due to lack of any financial incentive and market availability. Photo by Devendra Shukla.

Till 2018, the agriculture budget and schemes were focused on providing subsidy for fertilisers, seeds and agriculture equipment that ended up mostly benefiting businesses more than farmers. However, the current government has taken steps to directly help farmers by building capacity in the form of the ‘Narwa, Garuwa, Ghurwa, and Baadi’ scheme that is aimed at developing micro-watershed structures for groundwater recharge and increasing surface water irrigation, livestock development, promoting vermicomposting and developing kitchen gardens to help develop climate resilience and encourage sustainable agriculture. Its implementation at the field-level, though, is yet to be evaluated.

The Chhattisgarh state legislative Assembly election results in December 2018 proved that farmer distress has become a key issue in state politics. It’s crucial, therefore, that governments, both incumbent and aspiring, be prepared to re-evaluate and revise the agriculture policy to align it with the climate change issues. Writing-off loans and increasing minimum support price are only short-sighted solutions to the rapidly intensifying farmer distress. A more sustainable approach, both economically and at the policy level, is needed to encourage efficient farming techniques and save the Indian economy from impending doom. 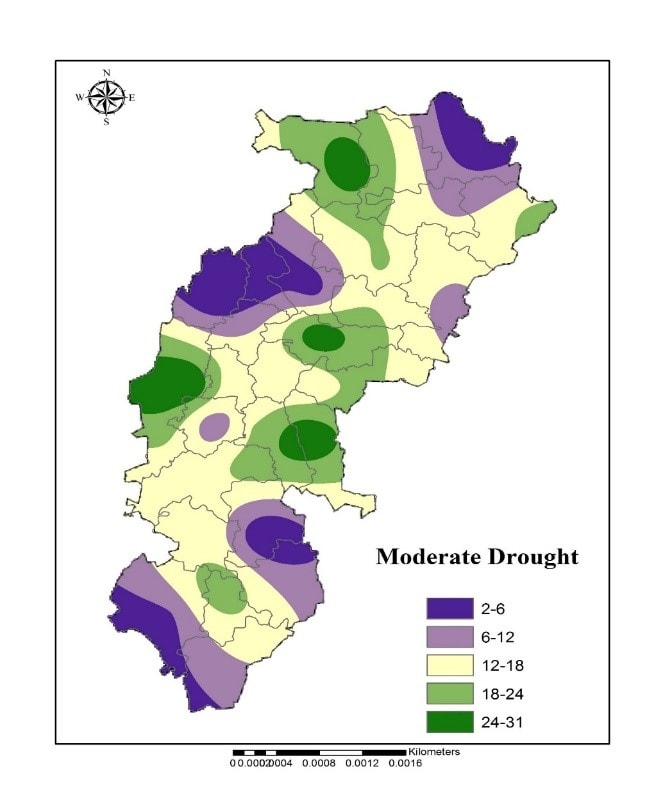