A ‘people’s manifesto’ for the 2019 national elections in India

In late February, about 50 movements and organisations from various parts of India released a ‘People’s Manifesto for a Just, Equitable, and Sustainable India’. This was sent to political parties for their consideration in the run-up to the upcoming national elections, but was also intended to be used in other ways, including for state elections, policy advocacy, and to provide a context to initiatives for positive change that these and other organisations are involved in.

As Abha Bhaiya of Jagori Rural, one of the endorsing groups said, it is a document that serves as “a kind of lighthouse”.
The signatories to this manifesto are all part of the core group of a process called Vikalp Sangam (Alternatives Confluence), active since 2014. This process arose out of a desire to focus on the second of two inextricably linked needs: first, challenging the currently abysmal situations of inequality, injustice, conflict and ecological unsustainability in India; and second, sustaining old or creating new pathways of meeting people’s needs and aspirations in ways that are equitable, just, and sustainable.
Through the Vikalp Sangam (VS) process, hundreds of organisations and movements have engaged in exchanges aimed at four key objectives: 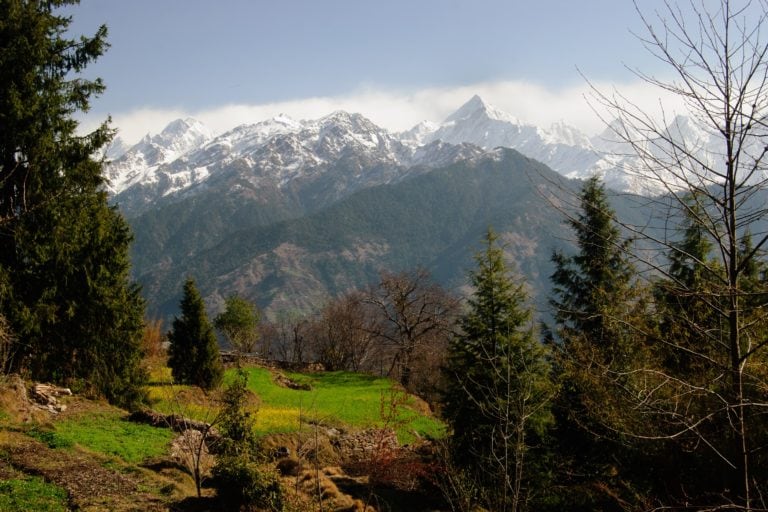 The people’s manifesto aims at creating and maintaining ecological stability. Photo by Ashish Kothari.
An Attempt to influence policy and public debate
The manifesto is in particular part of the fourth objective, as an attempt to influence policy and public debate on real issues affecting people. Unfortunately elections in India have degenerated into slanging matches, rather than opportunities for public dialogue on key issues. Also, the last few years have witnessed a major attack on some of what is most cherished in India, including the freedom of speech, the freedom to practice one’s faith or ethics without fear, the co-existence between incredibly different cultures. Along with several other similar citizens’ efforts, the manifesto’s signatories hope that it can contribute in a small way to reversing these trends.
The manifesto begins by noting the multiple crises India faces, including ecological collapse, socio-economic inequities and continuing deprivation. It states:
“We commit, and ask all political parties, people’s movements, civil society organisations, and other relevant groups and collectives to commit to an India that is just, equitable, and sustainable for today’s and coming generations, where:
It lists action to be taken in the following sectors: society, culture and peace; democracy; livelihoods & employment; economy and technology; food, water and energy; health and hygiene; environment and ecology; settlements; transportation; learning, education, and knowledge; media; law, justice, and custom; and global relations. 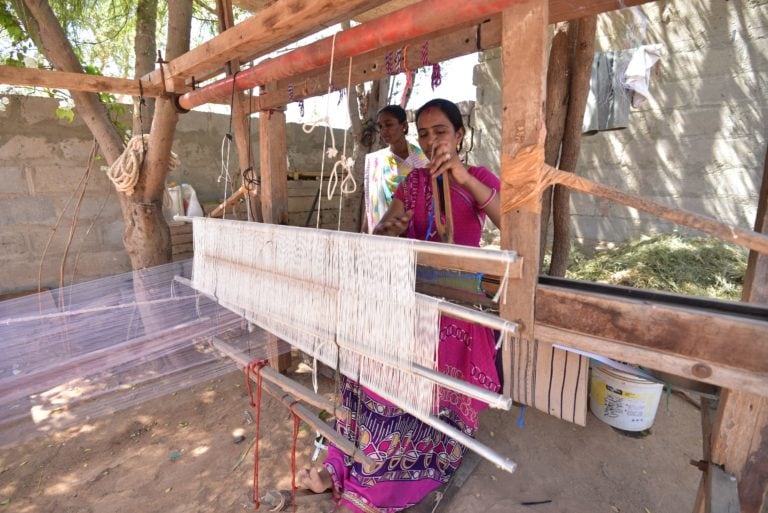 Protection of livelihoods is an important aspect of the manifesto. Photo by Ashish Kothari.
Environment and conservation
The VS manifesto focuses strongly on ecological and environmental issues. It asks for the formulation of a national land and water use plan and policy, with steps for conservation of the most important ecosystems and ecological functions on which all our lives depend, and of the wildlife and biodiversity they contain. It suggests that political decision-making take place in forums at landscape levels such as river basins and sub-basins, which connect local communities in ecological and cultural ways. It seeks a country-wide programme of land/soil and water regeneration oriented at creating sustainable natural resource assets for local economies. And it says that all this should happen through legal measures that empower and recognise rights of local communities akin to what is provided for in the Forest Rights Act. It also seeks Constitutional recognition of the rights of nature.
Additionally, the manifesto asks for “formulating comprehensive policy and legal regime to ensure that economic planning respects ecological limits at all levels, local to national, including through independently conducted, participatory, comprehensive environmental impact assessments of projects, programmes, schemes and sectors; and that all chemicals and substances harmful to human or ecosystem/animal health are replaced by ecologically sensitive substances.”
Ecological actions have to be integrated with social, economic, political, and cultural ones, such as:
The manifesto gives special focus to empowering youth in all the above actions. The manifesto gives special attention to empowering youth. Photo by Ashish Kothari.
Some of the Vikalp Sangam’s core group members are hoping to use the manifesto to influence parties and politicians they are in touch with, and to also use it in upcoming state-level elections. Some of the parties it has been sent to have responded that they will be considering it. Whether these are simply polite acknowledgements or meaningful responses, we will not know till we see the relevant party manifestos.
For most of the VS participants, though, it may be less important to see elements of this document appearing in party manifestos, than to see the actions contained in it become part of both government programmes as also the actions of civil society groups and movements themselves.
Many of us in the VS are not so gung-ho about fundamental changes being made by political parties – they are after all part of a deeply problematic conception of democracy as being mostly about elections and not about power being with people on the ground. Rather, for us, as Abha Bhaiya said, can we have a jointly shared vision that can guide us in our own actions, and that can help us in our advocacy work at various levels from village or town neighbourhoods to national and global?
In this sense the manifesto is more like a declaration, a guide for action, something that can be used especially to support and facilitate action taken by marginalized sections of society – without pretending to be the voice of all such peoples.
(This story was first published on Mongabay)
Check out our in-depth Market Coverage, Business News & get real-time Stock Market Updates on CNBC-TV18. Also, Watch our channels CNBC-TV18, CNBC Awaaz and CNBC Bajar Live on-the-go!