A look at world leaders who practice yoga

Yoga is the 5,000-year-old Indian physical, mental and spiritual practice that aim to transform body and mind.

It has long been practiced to promote healthy minds and bodies, and world leaders are among it’s many practitioners.

Lets take a look at some of the leaders who practice yoga:

Our Prime Minister Narendra Modi is a huge fan and follower of yoga. Modi gave a talk about the benefits of doing yoga, which he is said to practise daily, and claimed the practice was "training the human mind to begin a new era of peace".

He has asked the world leaders to adopt an International Yoga Day, saying that by changing lifestyle and creating consciousness, it can help us deal with climate change. Canada's Prime Minister Justin Trudeau is a famed feminist and a believer in yoga. A picture of Trudeau balancing on his wrists on a conference table (in what is known as a peacock pose) first tweeted in 2013 shows the health benefits of practicing yoga.

@JustinTrudeau is level-headed & able to bring Canada to new heights. That's why he's my choice for #Liberal Leader pic.twitter.com/BSH0FvCg36

Trudeau likely gets a lot of his yoga guidance from his wife, Sophie Gregoire Trudeau, who is a hatha yoga instructor.

He also grew up with it. In 2013, he told the CBC that he admired a photograph of his father, former Prime Minister Pierre Trudeau who could perform the advanced yoga pose “the peacock” by balancing his body entirely on his wrists. Former UN Secretary-General Ban Ki-moon was a big supporter of establishing International Yoga Day. He has participated in yoga events at the United Nations with his wife, Yoo Soon-taek. 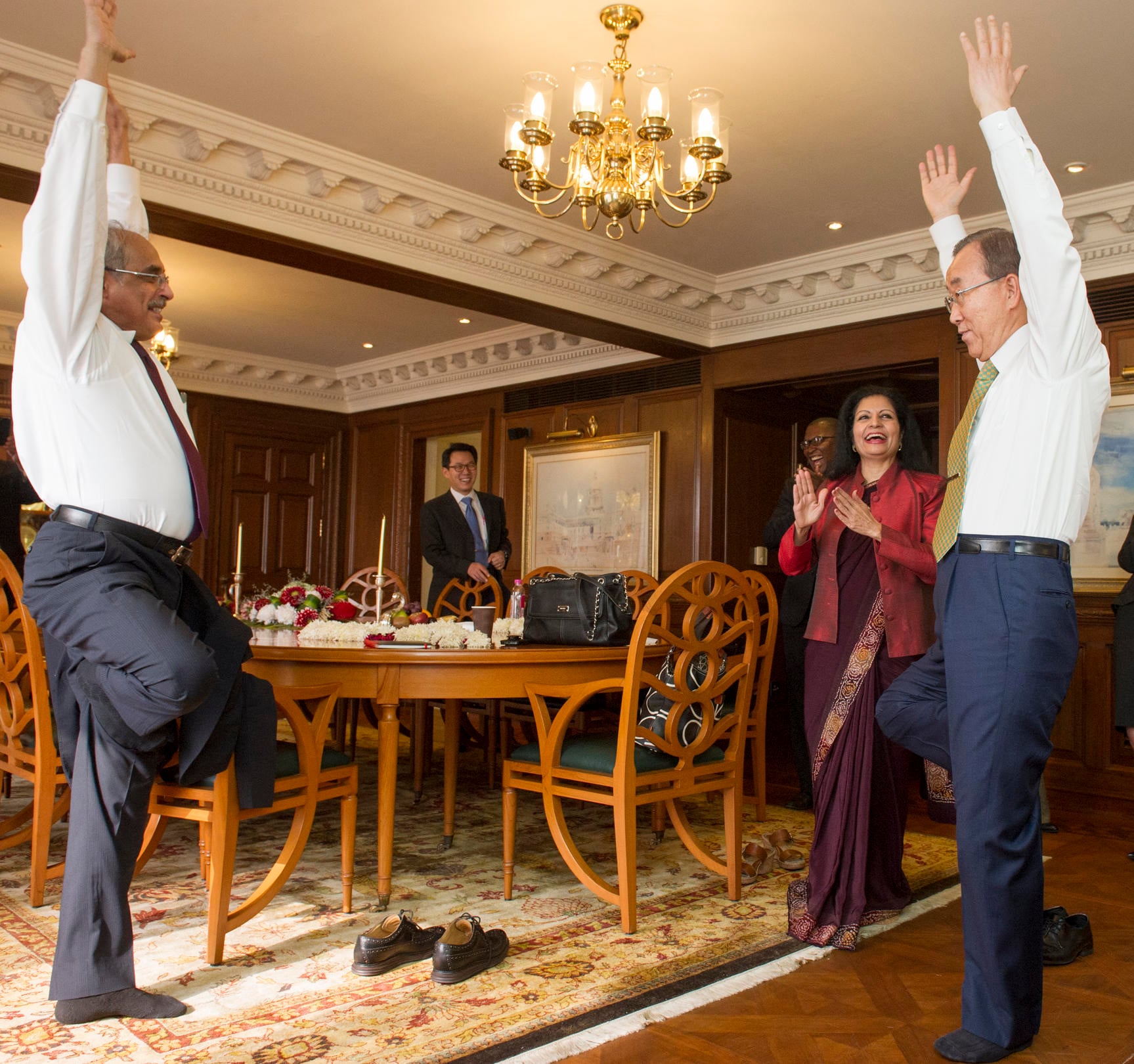 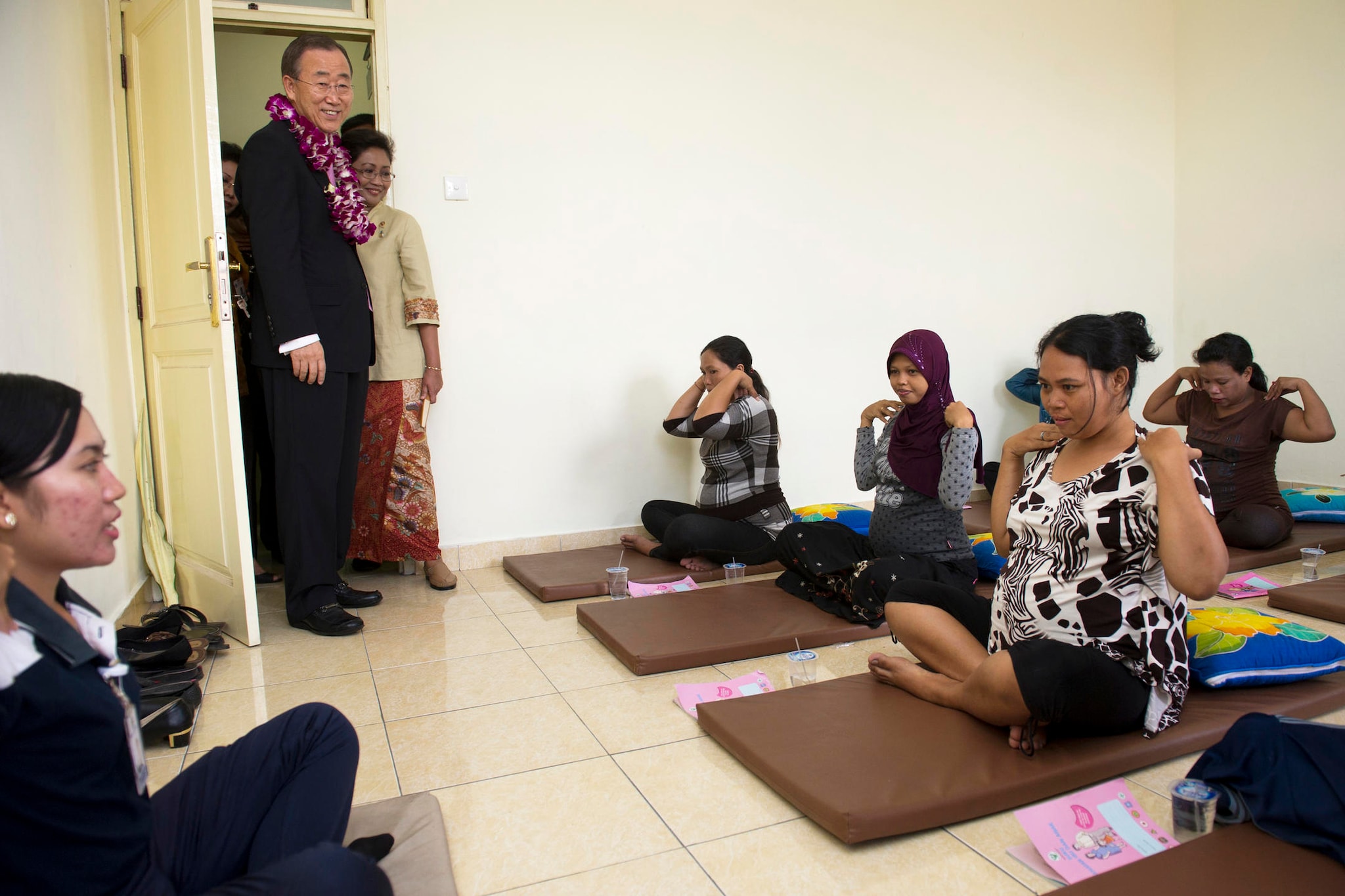 While it’s not clear if former British PM Cameron practices yoga personally, he and his wife Samantha, have been supporters for years.

Yoga helped in treating the Camerons’ late son Ivan who suffered from cerebral palsy and epilepsy. Britain's Prime Minister David Cameron and his wife Samantha pose for a photograph as they pour water on a Hindu deity as they arrive for a visit to the Hindu temple the Shri Swaminarayan Mandir, during Diwali. REUTERS
Tags International yoga day Justin Trudeau Narendra Modi yoga day