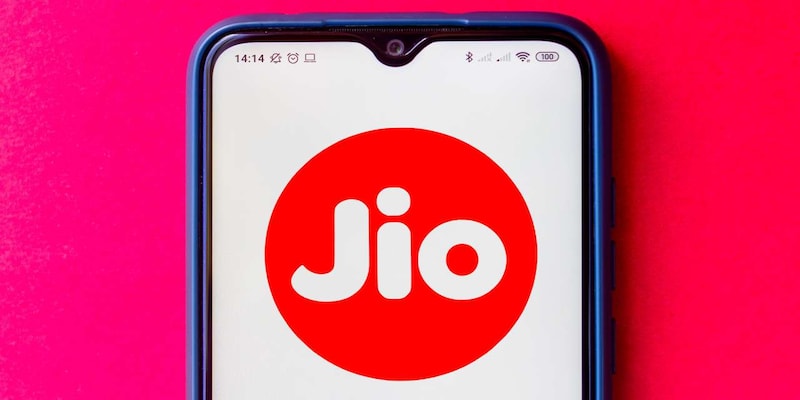 Reliance Jio on Friday announced its financial results for the July to September quarter, during which its margin came in at 51 percent — in line with CNBC-TV18 poll expectations. Analysts had expected the telco to clock above a 50 percent margin for the third consecutive quarter.

The company's profit during the period went up 4 percent sequentially to Rs 4,518 crore, almost near the poll estimate of Rs 4,555 crore.
According to the firm, depreciation and finance cost, which rose due to central bank actions across the world, impacted net profit. Moreover, the tariff hike impacted the digital services business, it added. Reliance Jio's revenue for the three months at Rs 22,521 crore witnessed above 20 percent growth from the year-ago level for the third quarter in a row.
The company said its average revenue per user, or ARPU, for the September quarter, stood at Rs 177.2 against Rs 175 in the previous quarter. The firm said the ARPU increased for the sixth consecutive quarter due to a better subscriber mix.
It added that the 5G roll which is underway will improve subscriber mix and ARPU.
In July, the company added 2.9 million subscribers, and 3.28 million in August, as per TRAI data. Telecom analysts had expected Jio to surpass Bharti Airtel and add 8-10 million subscribers in September ended quarter, the highest addition for the second quarter in a row. In the first quarter of FY23, the telco added 9.7 million subscribers.
Reliance Jio said that the telco had 428 million customers at the end of the September quarter. 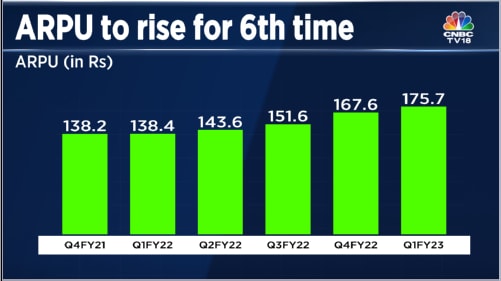 Also Read:
Reliance quarterly revenue up 5% in line with Street estimates as consumer-facing units shine
Reliance Jio’s debt at the end of the quarter stood at Rs 93,253 crore versus Rs 34,815 crore at March end. The telco said higher working capital costs and forex fluctuation led to an increase in debt levels.
The earnings for the second quarter of the fiscal come at a time when the telco is involved in large-scale network deployments across the country for 5G services, which is the next-generation technology that promises to ring in a new era of turbocharged speeds, lag-free connectivity, and new-age applications in India.
Post the earnings announcement, Reliance Industries Limited Chairman and Managing Director Mukesh D. Ambani said, “We saw consistent net subscriber additions and higher engagement in the Digital Services segment. Jio has announced beta trial for its industry-leading standalone 5G services and is making rapid progress for an ambitious and the fastest ever roll out of True 5G on a pan-India basis."
Earlier this month, Jio announced it would start the beta trial of its 5G services in four cities of Delhi, Mumbai, Kolkata and Varanasi from October 5 with a select set of customers.
Also Read: Reliance Retail earnings beat driven by revival in footfalls, digital integration
Note To Readers