Polycab reported a more than 37 percent jump in its quarterly net profit, boosted by strong volumes in its cables and wires business.

Polycab reported a net profit of Rs 268 crore for the July-September period, a jump of 37.3 percent compared with the corresponding period a year ago, boosted by robust volume growth in its core cables and wires business. That marked its best performance ever in the quarter ended September.
Its revenue increased 10.8 percent on a year-on-year basis to Rs 3,332.3 crore for the three-month period, according to a regulatory filing. Revenue from the wires and cables unit saw an increase of 13 percent to Rs 2,925.9 crore.
Polycab shares jumped by as much as Rs 137.1 or 5.2 percent to Rs 2,757.2 apiece on BSE after the earnings announcement.
“Margin expansion was supported by strong growth in exports and judicious price revisions. We are also progressing well on our long-term strategic agenda of focusing on sustainable value creation across B2B and B2C businesses through Project LEAP," said Inder T Jaisinghani, Chairman and Managing Director at Polycab India. 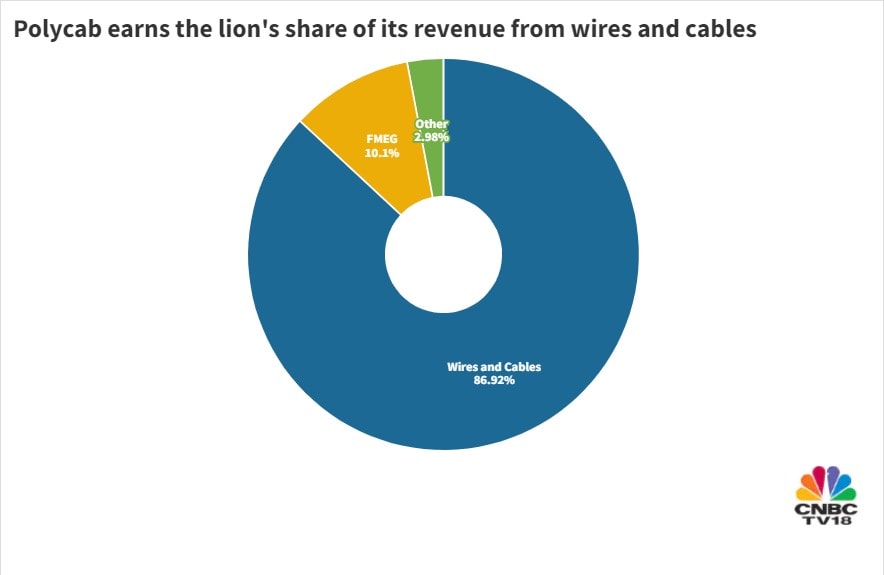 Polycab, a Mumbai-based manufacturer of fast moving electrical goods, said it remains committed to achieving sales of Rs 20,000 crore by the year ending March 2026. Its FMEG business contracted 12 percent to Rs 303.2 crore on account of a subdued demand environment, according to a statement.
Its earnings before interest, taxes, depreciation and ammortisation (EBITDA) increased 46 percent to Rs 427.6 crore for the quarter ended September.
The company's margin improved by 310 basis points on year to 12.8 percent.
Polycab India shares have rewarded investors with a return of 4.5 percent in the past one month, a period in which the Nifty50 benchmark has declined 0.4 percent.