Larsen & Toubro (L&T), the engineering and construction major, on Friday reported a 8 percent year-on-year (YoY) jump in net profit at Rs 3,418 crore for the March 2019 quarter.

In the corresponding quarter last year, the company posted a net profit of Rs 3,167 crore. CNBC-TV18 Polls had predicted a profit of Rs 3,700 crore for the quarter under review. 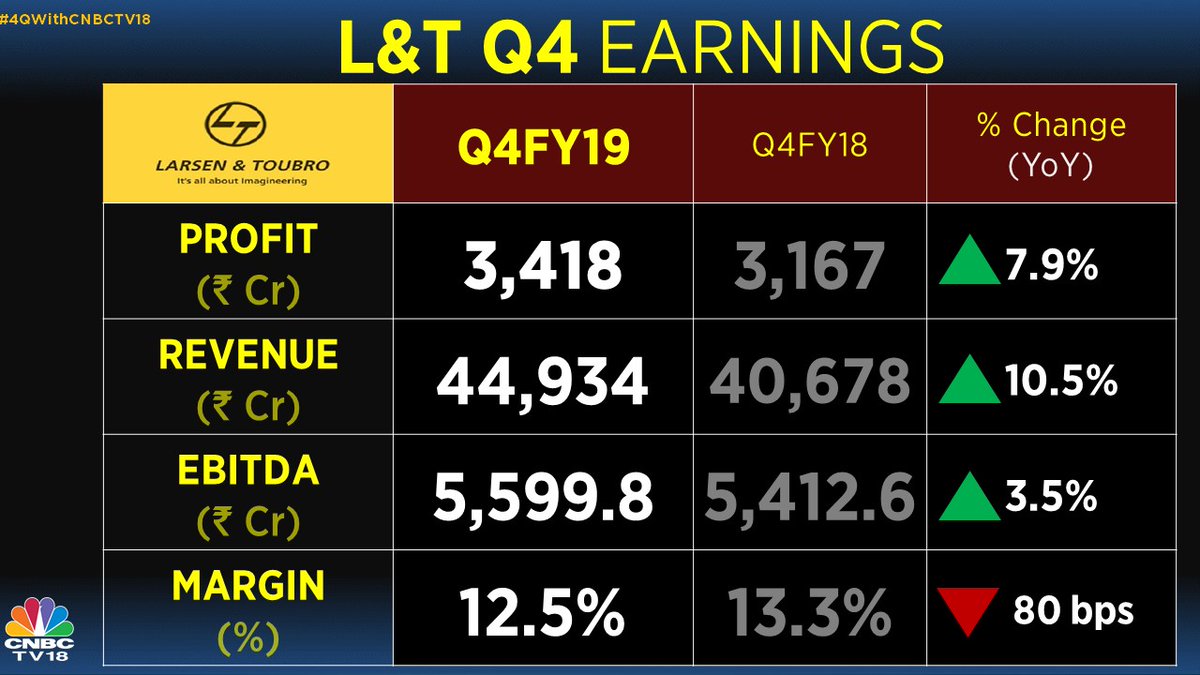 The company's income from operations for the January-March quarter rose 10.4 percent to Rs 44,934 crore from Rs 40,678 crore in the corresponding period last fiscal.

The directors of the company have recommended a dividend of Rs 18 per share.

The earnings before interest, tax, depreciation and amortization (EBITDA) margin of the infrastructure segment during the year ended March 31, 2019, was lower at 8.5 percent compared to previous year 9.8 percent, with cost pressures encountered in a few projects and cost provisions pending client approval of additional claims in some projects.

For power segment, EBITDA margin for the year ended March 31, 2019, was at 4.5 percent, higher compared to 3.4 percent recorded in previous year reflecting higher margins on international projects under execution.

The EBITDA margin of heavy engineering segment increased to 24.5 percent for the year ended March 31, 2019 vis-à-vis the margin of 21.1 percent in the previous year reflecting the stage of execution of the projects in the order book portfolio and increased other income.

For defence engineering segment, the EBITDA margin was at 16.2 percent for the year ended March 31, 2019, vis-a-vis 8.2 percent during the previous year with favourable job mix.

The EBITDA margin for IT&TS segment improved to 23.2 percent for the year ended March 31, 2019 vis-à-vis 21.4 percent for the previous year driven by operational efficiencies.

L&T has successfully won new orders worth 176,834 crore at the group level during the year ended March 31, 2019, registering a growth of 16 percent over the previous year. The international orders during the year at 46,805 crore constituted 26 percent of the total order inflow. Order wins in infrastructure and hydrocarbon segments were the major contributors to the order inflow during the year. 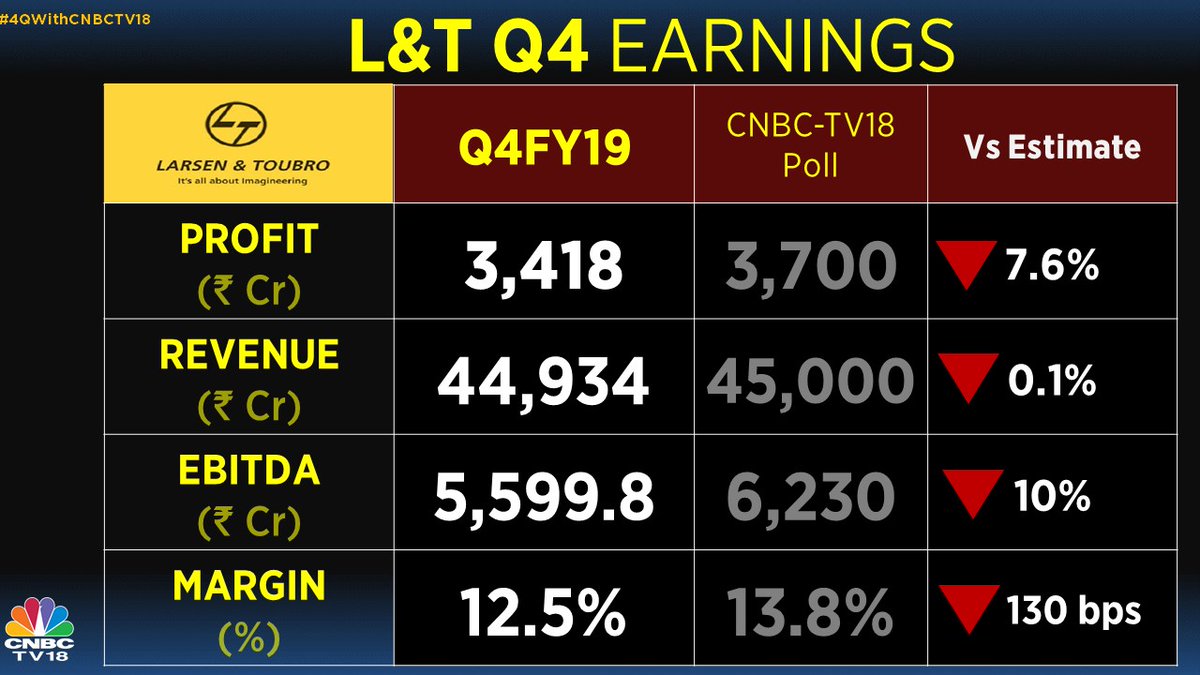