Infra major Larsen and Toubro Ltd reported mixed first-quarter earnings. While the order inflows topped Street estimates, the weak margin profile and working capital stress clouted the performance. The management is however confident that they are on the track to meet the stipulated FY20 guidance.

L&T reported revenue growth of 10 percent year-over-year in the June 2019 quarter at Rs 29,636 crore, missing the CNBC-TV18 poll of Rs 31,360 crore. The revenue growth was led by heavy engineering (162 percent),  infra (14 percent) and defence (33 percent) segments of the company. On the flip side,  the power and development projects segments reported a revenue decline yoy. The company's consolidated profit after tax (PAT) from continuing operations for Q1FY20 rose 21 percent yoy to Rs 1,361 crore, supported by higher other income and lower depreciation and taxes. The company decided not to consolidate MindTree's Q1 performance, having been treated as an investment.
Separately, the PAT has been adjusted for discontinued operations of electrical and automation plus an impairment charge of Rs 93.5 million in Q1FY20. Adjusting for the one-offs, the PATis slightly below the CNBC-TV18 poll of Rs 1,550 crore. The infrastructure segment, which is the mainstay for the company, reported revenue growth of 14 percent YoY ahead of Street estimates led by strong 27 percent growth in the domestic business, which allayed fears of election slowdown. However, the segment's performance was marred by a decline in margins to 6.45 percent as against 6.8 percent YoY. The management clarified that this was largely due to job mix and seasonality of execution and was hopeful that margins will bounce back in the coming quarters. 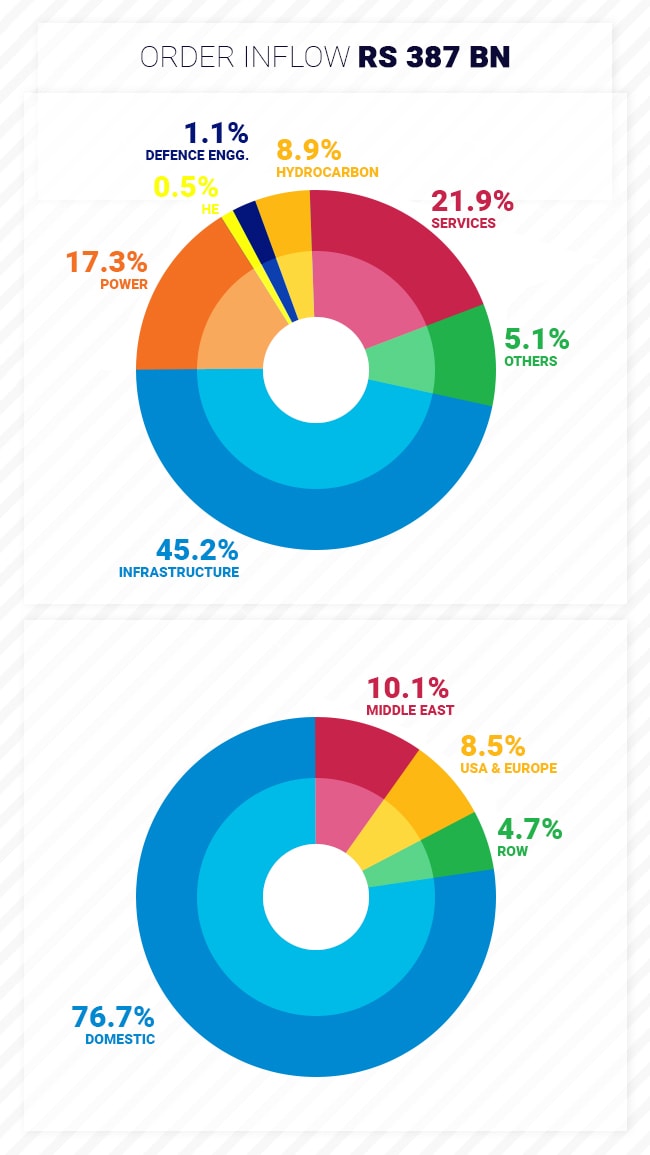 Order inflows in Q1 stood at Rs 38,700 crore compared with an expectation of Rs 30,000-35,000 crore. Order wins in infrastructure and power segments were the major contributors to the order inflow during the quarter.
While orders from the central and state governments were affected during the general elections, strong PSU and private-sector orders enabled growth for the quarter. The management added that a few orders in Saudi Arabia were delayed due to procedural issues and will accrue in Q2, further raising the order visibility for the company.
The management commented that private capex continues to remain sluggish and that they expect govt orders to drive the inflows over the next 12-18 months.
Financial crunch and weak sentiment were attributed as key reasons for slow capacity addition. The liquidity crunch is evident in the working capital of the company that soared to 23 percent of net revenues compared to 18 percent QoQ.
Analysts believe that post the election outcome, Budget and MindTree acquisition—most of the positives—are already factored in the stock price. The stock has lost 10 percent in July itself and now trades at a nearly historical average of 20 times forward earnings.