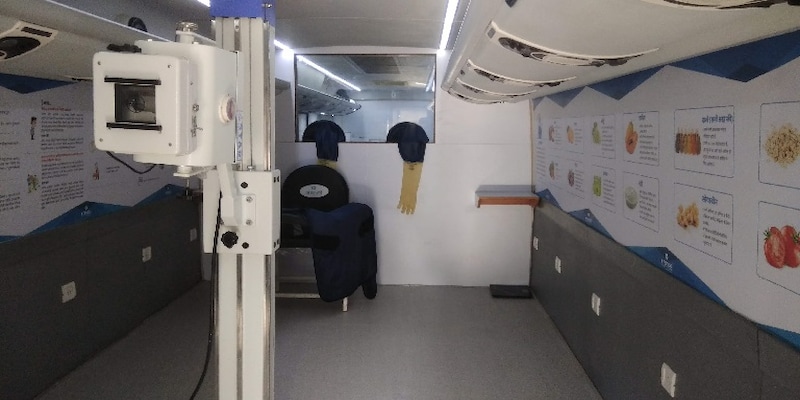 Pune-based diagnostic services provider Krsnaa Diagnostics on Monday reported a net profit of Rs 12.5 crore for the quarter ended September 30. That marked a decline of 63.4 percent compared with the corresponding period a year ago.

Krsnaa Diagnostics saw a year-on-year drop of 55 percent in revenue to Rs 108.3 crore for the July-September period, according to a regulatory filing after market hours on Monday.
The company reported earnings before interest, taxes, depreciation and amortisation (EBITDA) of Rs 31.9 crore, as against Rs 55.1 crore in the year-ago period.
Krsnaa's EBITDA margin came in at 29.5 percent in the second quarter of the current financial year, as against 22.9 percent in the year-ago period.
Krsnaa Diagnostics shares ended 1.9  percent lower at Rs 801.7 apiece on BSE, ahead of the earnings announcement.
Krsnaa made a debut on Dalal Street in August 2021. Its shares started their journey in the secondary market at a premium of 7.4 percent over the issue price of its IPO, which was subscribed 64.4 times.
ALSO READ
: Krsnaa Diagnostics shares list at 7% premium
At the current level, Krsnaa shares are down 16 percent compared with their issue price.
Here's how the recent debutant has performed so far: