In the corresponding quarter last year, the company posted a net profit of Rs 66 crore. 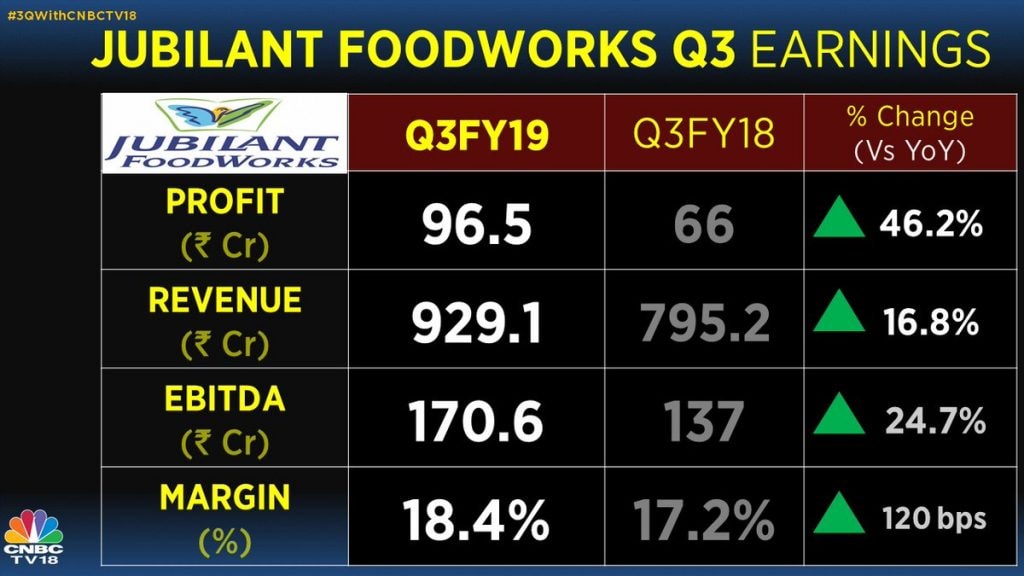 CNBC-TV18 Polls had predicted a profit of Rs 85 crore crore for the quarter under review.

It has also reported a 16.8% rise in revenues to Rs 929 crore for the reporting quarter, compared with Rs 795 crore in the same period last year, the company said in a release.

Pratik Pota, chief executive officer and whole time director, Jubilant FoodWorks, said, "We have demonstrated strong all-round performance in Q3 FY19, led by robust same-store sales growth (SSSG) of 14.6 percent reported in Domino’s Pizza. This was accompanied by a tight control on operating costs that led to EBITDA margins improving to a seven year high of 18.4 percent. In addition, Dunkin’ Donuts also broke even during the quarter, ahead of the targeted Q4 timeline."

During this quarter, the total store count stood at 1,200, out of this, company opened new 35 new Domino’s Pizza stores and two were closed.