Shares of Indusland Bank closed in the red at Rs 1,218.35, down 0.4 percent from the previous close on the BSE.

Private sector lender IndusInd Bank on October 19 reported a sharp 60.4 percent rise in net profit at Rs 1,786 crore for the July-September quarter against Rs 1,113 crore in the corresponding period a year ago, on the back of strong growth in net interest income, the highest in the last 10 quarters. 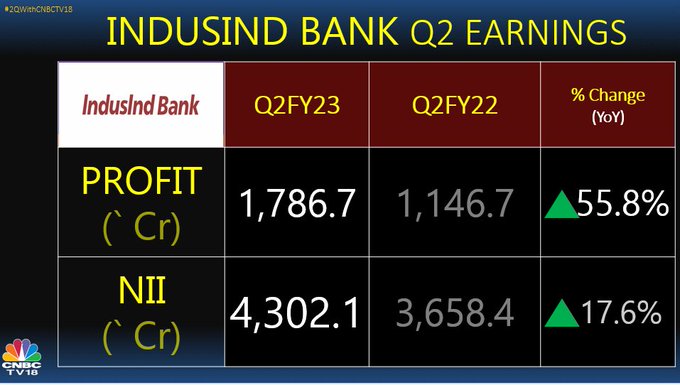 The numbers have beaten Street estimates. A CNBC-TV18 Poll had predicted a profit of Rs 1,701.4 crore for the quarter under review. 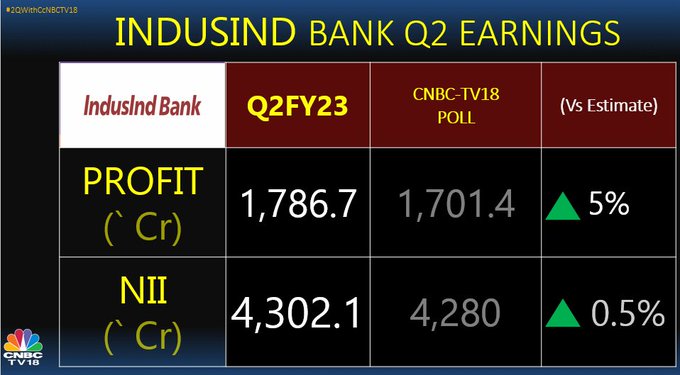 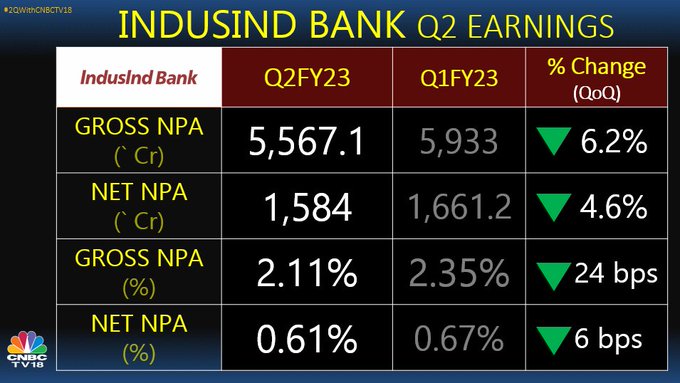 The bank also recently announced in a business update that for the quarter it saw the best deposit growth in the past five quarters and loan growth was at its best in the last four quarters. Earlier this month, IndusInd had said its quarterly net advances increased 18 percent year-on-year and 5 percent sequentially.
Deposits for the second quarter of FY23, were at Rs 3,15,920 crore against Rs 2,75,472 crore, an increase of 34 percent over September 30, 2021.
The results came after market hours. Shares of Indusland Bank closed in the red at Rs 1,218.35, down by 0.4 percent from the previous close on the BSE.
Also read: Syngene climbs over 8% after better than expected September quarter
Check out our in-depth Market Coverage, Business News & get real-time Stock Market Updates on CNBC-TV18. Also, Watch our channels CNBC-TV18, CNBC Awaaz and CNBC Bajar Live on-the-go!