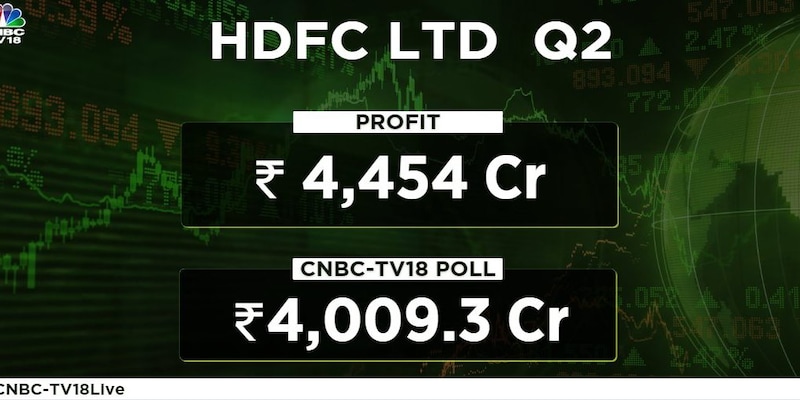 Housing Development Finance Corp (HDFC) — India's largest mortgage lender — on Thursday reported a net profit of Rs 4,454 crore for the July-September period, exceeding Street estimates. Its quarterly net profit, after taking into account a tax outgo of Rs 960 crore, saw an increase of 17.8 percent compared with the corresponding period a year ago, driven by strong demand for home loans.
HDFC said demand for home loans remains strong with growth across home loans, both the mid-income and high-end segments. 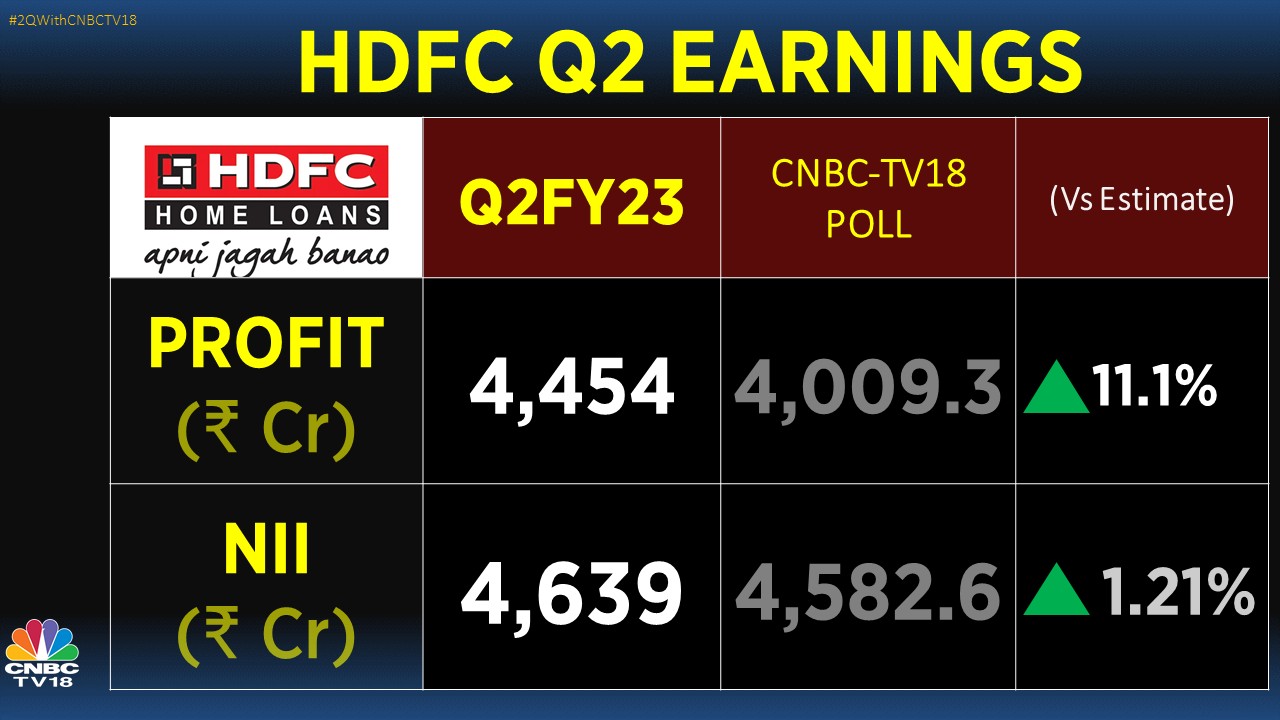 Its net interest income — or the difference between money earned from interest-bearing assets and the money spent on interest-bearing liabilities — fell 12.9 percent on a year-on-year basis to Rs 4,639 crore, according to a regulatory filing. Analysts in a CNBC-TV18 poll had estimated HDFC's quarterly net profit at Rs 4,009.3 crore and NII at Rs 4,582.6 crore.
Individual approvals and disbursements jumped 35 percent and 36 percent respectively in the April-September period compared with the year-ago period, according to the filing.
HDFC clocked a 15.6 percent jump in assets under management (AUM) compared with the year-ago period.
Its net interest margin (NIM) — a key metric that determines the profitability of a lender —came in at 3.4 percent for the six months to September 30.
HDFC reported sequential improvement in its asset quality. Its gross bad loans as a percentage of total loans reduced to 1.59 percent for the three-month period from 1.78 percent for the previous quarter.
"It is a very stable set of numbers because I think the expectations in terms of top line growth are probably there at the right (level) at the right time. What probably happens in terms of the merger I think that is what the street is more interested in," Ruchit Jain, Lead-Research at 5paisa.com, told CNBC-TV18.
Catch latest market updates with CNBCTV18.com's blog
Check out our in-depth Market Coverage, Business News & get real-time Stock Market Updates on CNBC-TV18. Also, Watch our channels CNBC-TV18, CNBC Awaaz and CNBC Bajar Live on-the-go!