Dodla Dairy is actively looking at inorganic growth opportunities and has already finalised an acquisition in Kenya and acquired Sri Krishna Dairy this year.

Dodla Dairy, one of India's top three private diary companies, is actively looking at inorganic growth opportunities and has already finalised an acquisition in Kenya and acquired Sri Krishna Dairy this year.
Speaking to CNBC-TV18, Sunil Reddy Dodla, MD of Dodla Dairy said, “....capex plans for the current year (is concerned), we had already taken on a new feed plant, which we are anticipating to come into production by April of the year 23. We are also done a little bit of expansion on our procurement network as to say that number of chillings centers have increased and created a new, smaller collection centers across 22 villages or 22 centers, as we would call it.”
He added, “We have just finalized an acquisition in Kenya and hopefully we will be able to finish the acquisition by end February and get it into production maybe by the first quarter of next year.”
Dodla Dairy in March 2022 acquired Karnataka-based Sri Krishna Milks Pvt Ltd for Rs 50 crore to expand its business. The acquisition will be completed around two months from the date of agreement. SKMPL is mainly into procuring milk, manufacturing, and selling dairy products (milk and milk products).
Read Here | Mother Dairy to hike milk prices by Rs 2 per litre in NCR from Tuesday
Overall, Dodla Dairy is focused on growth through a combination of organic and inorganic expansion, and increasing their presence in new markets.
Dodla Dairy is focused on maintaining their margin similar to Q3FY23 at 7.9 percent. One way the company plans to achieve this is through volume growth, which they expect to see in April and May. Hatsun Agro Product mentioned last week that milk volumes are down by 4-5 percent. 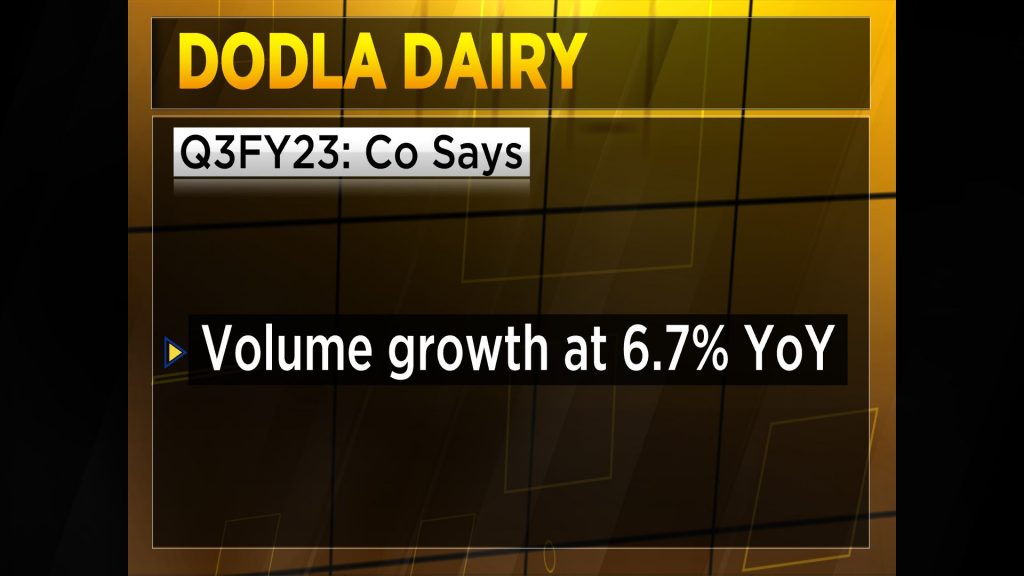 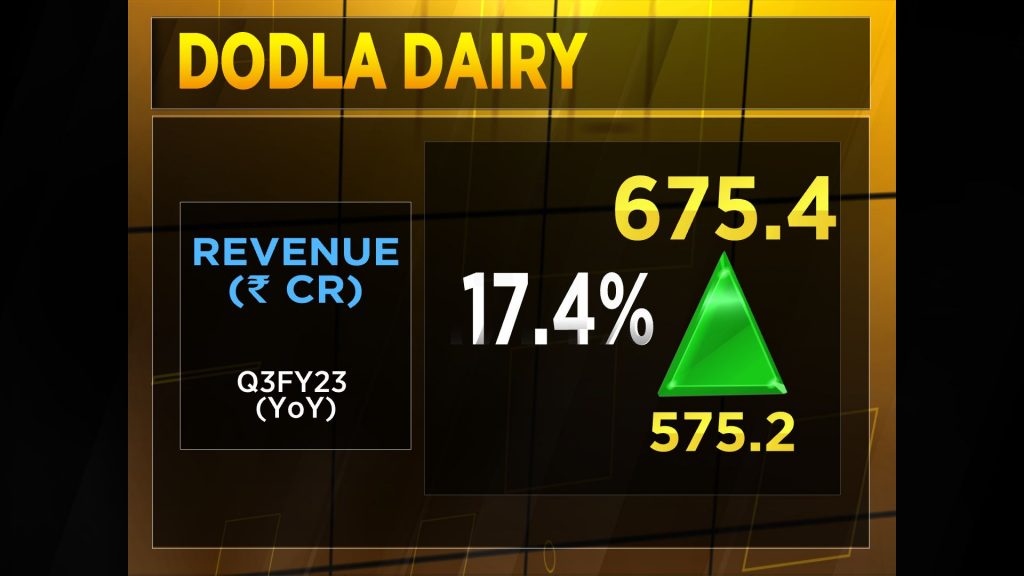 The company aims to increase the contribution of its animal feed business to 300 crore, which would make up 5-6 percent of its total business.
Dodla said, “We are anticipating in the short term for it to contribute Rs 300 crore odd for us in revenue as we go forward in the near short term of the two to three years’ time and maybe it will be contributing the same 5 to 6 percent of our revenue.”
Also Read | Commodity Champions | India will produce 45% of global milk in future, says Amul
(Edited by : C H Unnikrishnan)
Check out our in-depth Market Coverage, Business News & get real-time Stock Market Updates on CNBC-TV18. Also, Watch our channels CNBC-TV18, CNBC Awaaz and CNBC Bajar Live on-the-go!
Tags