Divi's Labs reported a fall of 18.6 percent in net profit for the July-September period, missing analysts' estimates. Its stock fell almost eight percent after the release of the earnings report.

Divi's Laboratories — India's second largest pharmaceutical company by market value — on Monday reported an 18.6 percent fall in net profit to Rs 493.6 crore for the July-September period compared with the corresponding quarter a year ago, falling short of Street estimates. Its revenue fell 6.7 percent on year to Rs 1,854.5 crore for the three-month period.
The Divi's stock slumped as much as 7.7 percent to Rs 3,458.3 apiece on BSE after the earnings announcement. Analysts in a CNBC-TV18 poll had estimated the drug maker's quarterly net profit at Rs 579.3 crore and revenue at Rs 2,201 crore. 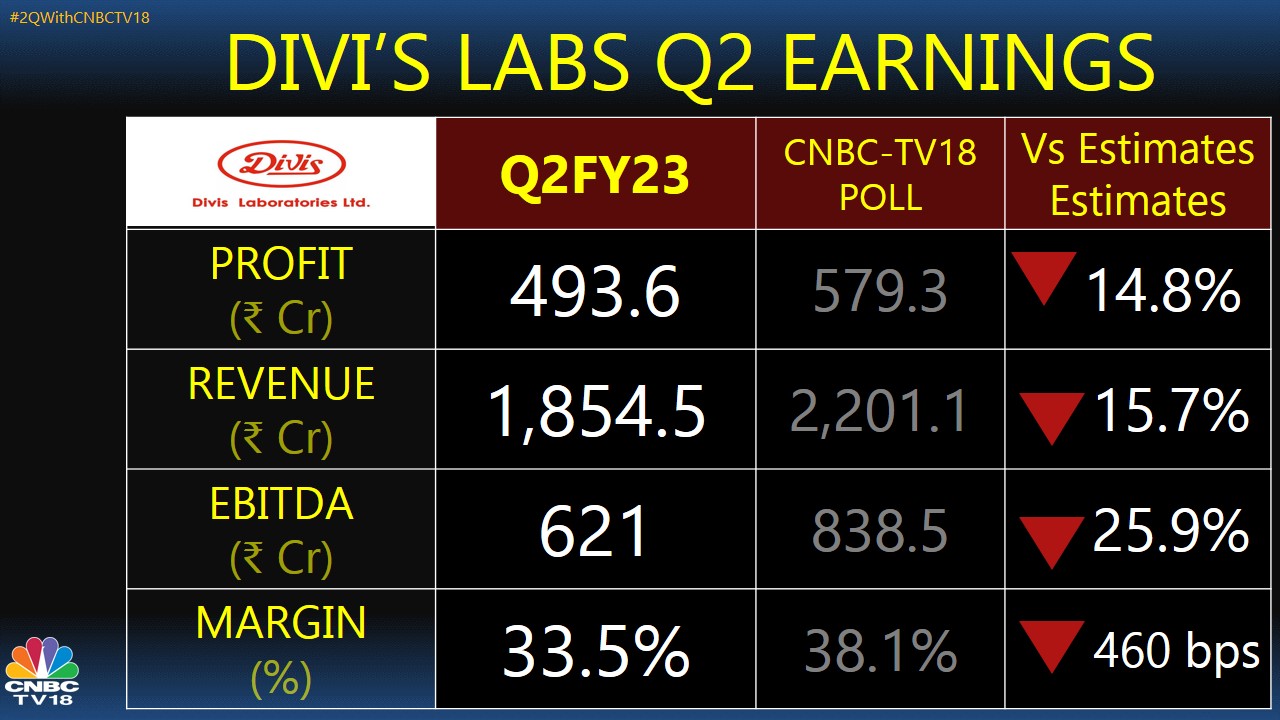 Its earnings before interest, taxes, depreciation and ammortisation (EBITDA) declined 24.1 percent to Rs 621 crore for the quarter ended September 2022.
The margin of Hyderabad-based Divi's Labs contracted by 760 basis points on year to 33.5 percent. The analysts had pegged the company's margin at 38.1 percent. Margin is the degree to which a business generates money.
The drug maker reported a forex gain of Rs 30 crore for the three-month period, as against a forex loss of Rs 7 crore for the year-ago period.
Divi's Laboratories shares have shed more than seven percent of their value in the past one month, a period in which the Nifty50 benchmark has risen five percent.