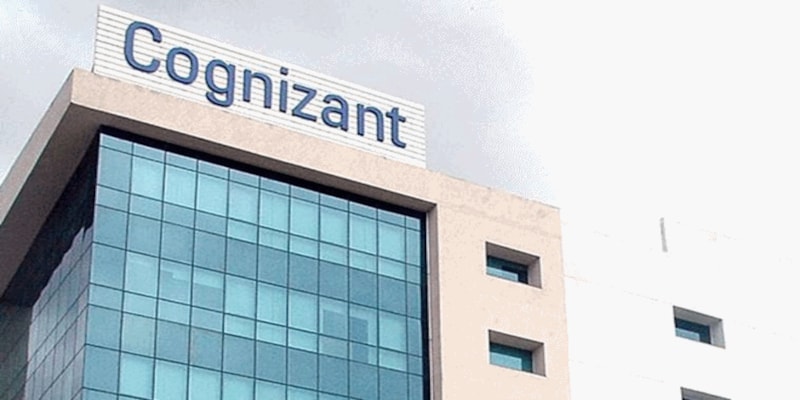 American tech giant Cognizant Technology Solutions on Wednesday reported its financial results for the July to September quarter during which its revenue grew 2.4 percent year-over-year, or 5.6 percent in constant currency to $4.9 billion, missing the revenue guidance projection given by the firm earlier.

“Revenue and bookings were below our expectations as company-specific fulfilment challenges were compounded by the impact of an uncertain macroeconomic backdrop,” said Brian Humphries, Chief Executive Officer. The revenue was down a percent versus an estimated 1.5-2.4 percent growth.
As Cognizant missed estimates, it has again downgraded revenue estimates for the calendar year 2022. Full-year 2022 revenue is expected to be approximately $19.3 billion, or growth of 4.5 percent (7 percent in constant currency terms). At the beginning of the year, the company had guided for 9-11 percent CC revenue growth.
Also Read | Tech Mahindra Q2 Results: Deal wins lowest in three quarters
The latest guidance of 7 percent for the current year compares to 10 percent in 2021. The IT giant expects revenue to slip to $4.72-4.77 billion for the October to December quarter.
According to Nirmal Bang Institutional Equities, one of the major reason’s for the company’s muted performance is its inability to staff projects in North America, which the brokerage believes is company specific.
"While staffing onsite has been a challenge for all its tier-1 peers leading to higher subcontractor costs, none of them ever indicated a loss of business due to this,” it noted.
The tech firm saw its headcount increase by 8,100 employees sequentially, while attrition remained high at 29 percent for the quarter.
“We believe significant layoff of staff in the first nine months of 2020 (unlike many of its peers) due to the onset of the pandemic and the ransomware attack and the considerable churn at the senior management levels in the company over the last 24 months has probably impaired the ability of CTS to attract and retain staff,” the brokerage explained.
Also Read: Wipro’s attrition rate eases to 23%, net headcount addition at 605
Reflecting on Cognizant’s likely impact on the industry, Nirmal Bang said the firm has communicated that its merit-based salary increase in 2023 has been brought forward to June quarter 2023 from the normal December quarter. “The employees now have two compensation increases in six months. This could put some pressure on its peers,” the brokerage pointed out.
Another key takeaway is that the macro-induced demand curtailment has worsened over the last three months, as explicitly indicated by the company, according to the brokerage. It has a ‘sell’ rating on the pack.
Check out our in-depth Market Coverage, Business News & get real-time Stock Market Updates on CNBC-TV18. Also, Watch our channels CNBC-TV18, CNBC Awaaz and CNBC Bajar Live on-the-go!