XRP up 11% in 24 hours after minor win against SEC, could spike further if this one thing happens

XRP up 11% in 24 hours after minor win against SEC, could spike further if this one thing happens 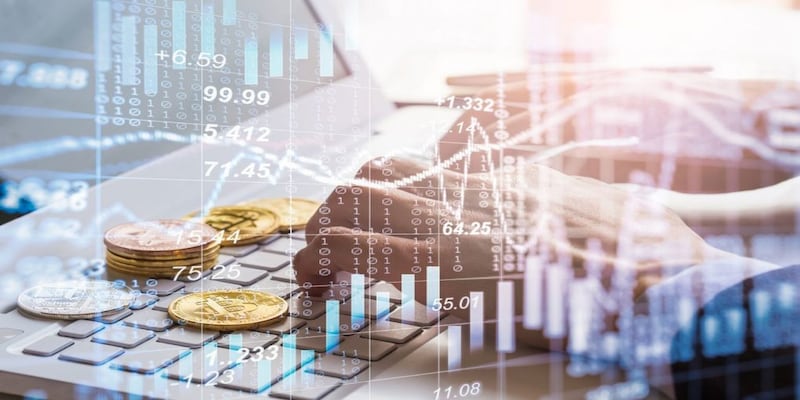 XRP touched a 3-month high of $0.5421 on September 23 after a "buy-the-rumour" frenzy spurred on by the potential lawsuit win. During that time, XRP also spiked nearly 75 percent against Bitcoin and roughly 60 percent versus the dollar.

Ripple (XRP) is up over 40 percent in the last 30 days, rallying from $0.3315 on August 30 to $0.4804 at the time of writing. This follows the news of a possible settlement between the blockchain payment firm and the US Securities and Exchange Commission (SEC).

Ripple has been entangled in a long-standing legal battle with the SEC, which has accused the crypto firm of securities fraud. However, in what could be a potential breakthrough, Ripple and the SEC filed a motion for a summary judgment with the court on September 12.
In simple terms, the court will use the available evidence to determine whether the blockchain firm illegally raised funds by selling its XRP token. More importantly, the verdict would be decided without a trial and could be out as soon as December 2022. This news created a sense of optimism that Ripple could emerge victorious and sent the price of XRP rocketing.
XRP touched a 3-month high of $0.5421 on September 23 after a "buy-the-rumour" frenzy spurred on by the potential lawsuit win. During that time, XRP also spiked nearly 75 percent against Bitcoin and roughly 60 percent versus the dollar.
This spike seemed to be caused after Ripple CEO Brad Garlinghouse hinted at a possible win in an interview with CNBC on the same day. "People realize that the SEC is really overreaching, and they are not following a faithful allegiance to the law in pursuit of an outcome
Another reason behind the spike could be whales, who have constantly been adding to their XRP holdings since 2022. As per data from Santiment, whale addresses holding 1m to 10m $XRP have risen from 5.43 percent from December 2021 to 6.35 percent on September 23 this year.
Despite all these factors, XRP lost momentum in the following days, slipping from its $0.50 range on Sept 23 to $0.42 levels the next week. It was beginning to look like Ripple's "buy the rumour" price spurt would give way to a "sell the news" phase, and XRP would retrace its steps to the $0.33 range from the start of the month.
Also Read: Height, size, time and other specifications of a block in a blockchain
However, new developments in the case caused prices to spike again, with XRP touching $0.4997 last night. This is after US District Court judge Analisa Torres ordered the SEC to hand over crucial documents that had been withheld from Ripple Labs for months.
These documents contain literature from former SEC corporation finance division director William Hinman and details of a speech he delivered at the Yahoo Finance All Markets Summit in June 2018. In both the writings and the speech, Hinman has reportedly stated that Bitcoin and Ether are not securities.
According to reports, these documents could help sway legal proceedings, as the SEC has alleged that sale of Ripple's XRP violated U.S. securities laws. Hence, it is considered a key piece of evidence in the case, which will now be decided on the findings submitted thus far.
XRP price could moon if this one thing happens
With considerable price spikes after every little win against the SEC, several experts believe XRP could moon if Ripple wins the lawsuit. "If they win the trial… I think it's just going to giga moon basically… If that goes, a lot of people will buy back in," said crypto analyst DonAlt.
According to DonAlt, XRP could touch "$1 if not $2 or $3" if Ripple wins the lawsuit against the SEC. That translates to a 650 percent increase from current valuations and a few cents short of its all-time high of $3.3778 in July 2018.
However, not everyone is of a similar opinion. Cheds, another prominent market analyst, highlighted a head and shoulders chart pattern between July and September this year. For the unacquainted, the head and shoulder pattern is a bearish indicator and suggests a downward trend is on the cards for XRP.
The end result of a head-and-shoulders pattern is the price breaking below its support line, with a fall that matches the distance between the middle peak and the support line. Apply this to Ripple, and we could see XRP drop by 30 percent by the end of this year.
With contradicting estimates, it's hard to say what's in store for the blockchain-based payments firm. The only sure thing is that cryptocurrencies are highly volatile and unpredictable. There is no assurance of how things will unfold for Ripple; all you can do is wait and watch.
Also Read: Do Kwon vs Authorities: A quick round up of events so far
Check out our in-depth Market Coverage, Business News & get real-time Stock Market Updates on CNBC-TV18. Also, Watch our channels CNBC-TV18, CNBC Awaaz and CNBC Bajar Live on-the-go!