What is Bitcoin halving? How can it stir crypto markets?

What is Bitcoin halving? How can it stir crypto markets?

When the blockchain started operating in 2008, the mining reward was 50 BTC. The reward remained the same until 210,000 blocks were added, after which it was halved. The process is repeated after the next 210,000 blocks are added.

Halving is one of the most important events for the Bitcoin Blockchain. It happens once every four years and has implications for almost every stakeholder within the Bitcoin Ecosystem. To date, there have been 3 Bitcoin Halving events (in 2012, 2016 & 2020), and each of them has caused quite a stir. But what is Bitcoin halving, and how does it work? To find out, we must first understand how the Bitcoin blockchain functions!

Bitcoin was the first blockchain to come into existence. It uses the Proof-of-Work consensus mechanism to process transactions. Under the PoW consensus mechanism, users can dedicate their computing power to the blockchain to qualify as bitcoin miners. Their computation power is used to execute complex mathematical computations that decrypt and validate transaction data. The output of this process is a random 64-digit string of characters called a 'hash.'
Every time a certain number of transactions is processed, the data is bundled together and added as a ‘block’ on the blockchain. Each block on the blockchain contains approximately 1 MB of transaction data. Once a block is added, it can neither be reversed nor tampered with. Upon adding each block, miners receive a certain number of bitcoins (BTC) as their mining reward.
Also Read:
Budget 2022 is death of cryptocurrency in India: Rakesh Jhunjhunwala
Every time a miner adds a block, they are rewarded with new Bitcoins. This is how the number of Bitcoins in circulation increases. Currently, the reward is 6.25 bitcoins and there are approximately 18.9 million bitcoins in circulation.
What is Bitcoin halving?
When the blockchain started operating in 2008, the mining reward was 50 BTC. The reward remained the same until 210,000 blocks were added, after which it was halved. The process is repeated after the next 210,000 blocks are added.
It takes roughly four years to mine 210,000 blocks, and the halving will continue until the hard capped limit of 21 million BTC in circulation is reached. The first halving event took place in 2012, and the mining reward was reduced to 25 BTC per block. The cycle repeated itself in 2016 and 2020, wherein incentives were further halved to 12.5 and then 6.25 BTC, respectively.
Also Read: Blockchain bridge Wormhole loses nearly $320 million in apparent crypto hack 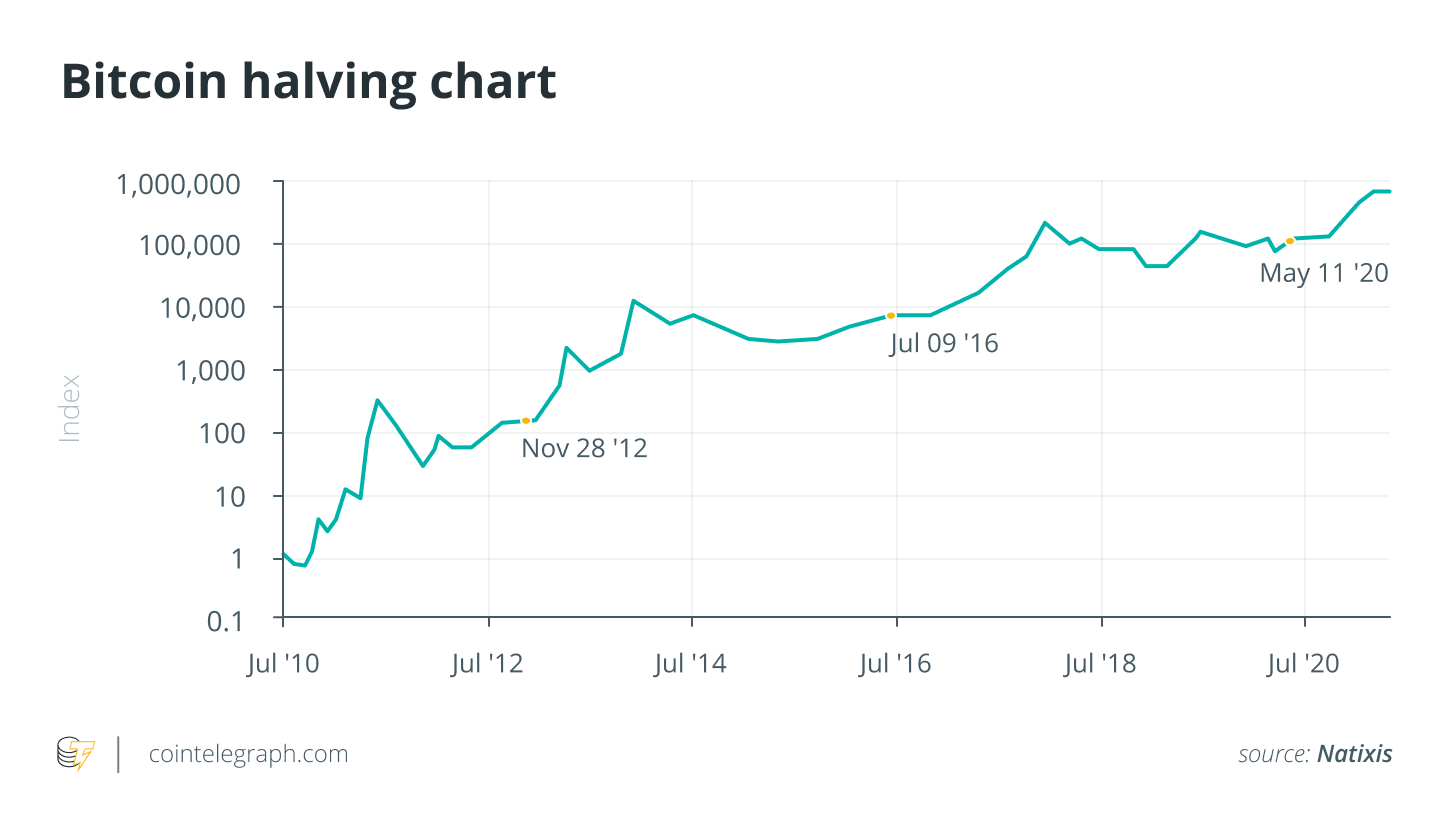 The mining reward keeps halving every four years, and the next one is expected to be sometime in early 2024. So far, 18.94 million BTC have been mined, and calculations suggest that it will reach the 21 million mark by 2140. However, the exact date is currently unknown. But why does Bitcoin halving happen?
Why is Bitcoin halving done?
It takes about 10 minutes to finish processing and adding one block to the Bitcoin blockchain. This speed increases as more and more miners join the blockchain. Therefore, the Bitcoin algorithm is designed to lure maximum miners at the commencement of operations and then taper off the onboarding as more and more Bitcoins get mined.
The difficulty level of the mining computations is reset every two weeks. Resetting the difficulty level helps maintain mining times despite the increasing number of miners. As such, the mining time per block has been consistently maintained at a little less than 9.5 minutes despite the tremendous growth in the last ten years.
Also Read: Hackers steal $320 mn in crypto: Here are the 10 biggest digital currency thefts of all time
Since no more BTC will be mined once the 21 million limits are reached, the halving ensures that the scarcity of BTC in circulation keeps increasing over time. This drives demand and also ensures that the value of each BTC appreciates as time passes. This appreciation incentivises miners to join in, despite the low pay-out upon mining. Let’s look at the numbers to understand how much it matters. 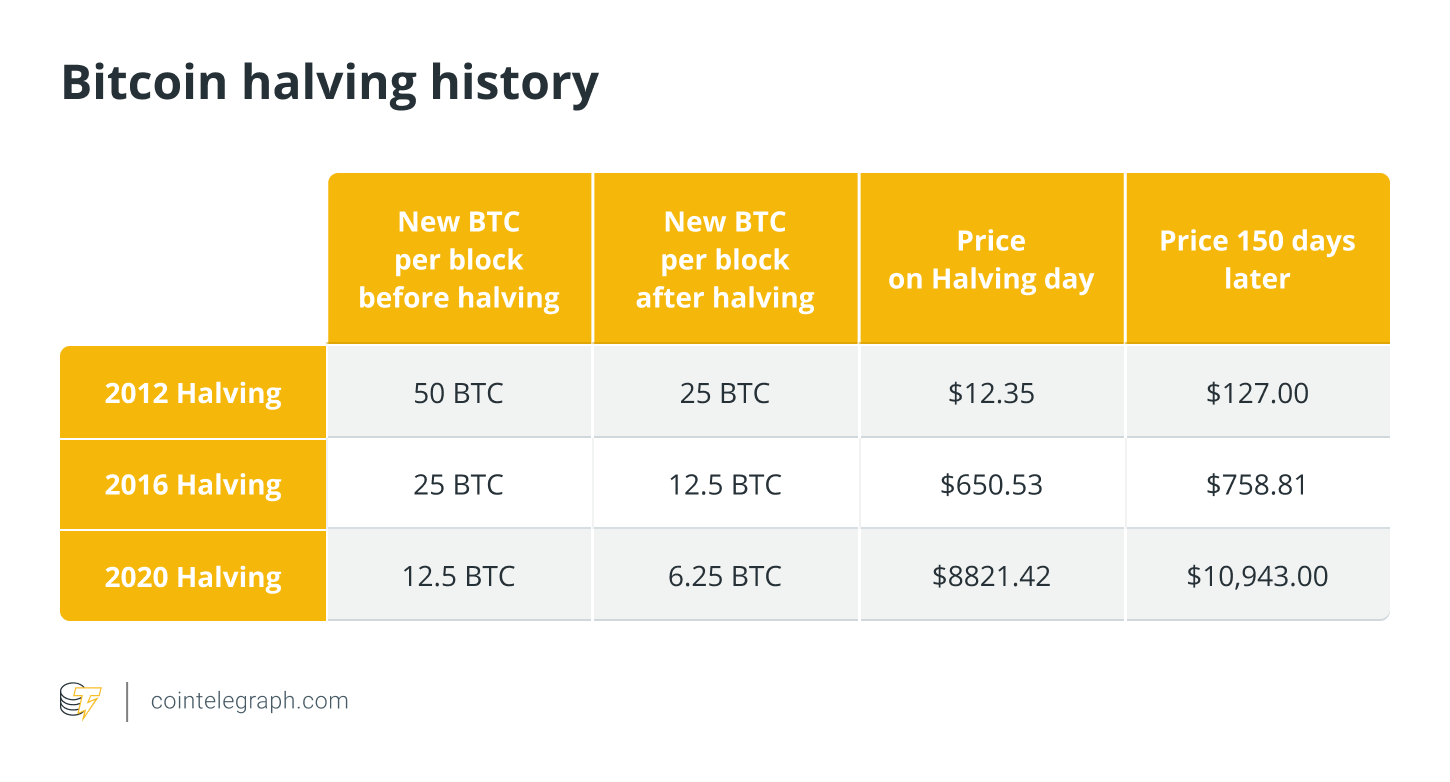 In November 2021, the price of Bitcoin briefly touched a record high of $69,000 – that is a growth of 682.2 percent since the day of halving in May 2020! It must be noted that the current rout in the crypto markets is due to many other macroeconomic factors and must not be associated with Bitcoin halving. In that case, how does Bitcoin halving impact the crypto markets?
Consequences of Bitcoin halving:
With each halving, miners lose 50 percent of their transaction processing incentives. Nonetheless, each halving reduces the rate at which new Bitcoins are released, thus adding to the rarity. Here’s where the demand-supply dynamics enter turbulent air.
As is with fiat currency (traditional paper currency), when the supply drops, the demand fluctuates, and its repercussions are visible in the price. Moreover, the Bitcoin halving creates a ‘deflationary system,’ which means that the supply drop leads to increased demand, and the prices witness an uptick.
Also Read: Crypto mining vs staking – how are they different?
The numbers indicate that the inflation rate of Bitcoin was 50 percent before the first halving in 2012, following which it dropped to 12 percent. With the next halving in 2016, it further plummeted to 4-5 percent, and in 2021 it was 1.2 percent post the 2020 halving.
As indicated by the first figure, the Bitcoin prices have skyrocketed significantly after each halving event, causing a long bull-run for the cryptocurrency. This upsurge in prices further raises the demand for cryptocurrency, although the upward movement is not immediate.
Furthermore, in February 2021, Sergei Khitrov, founder and CEО at Listing.Help, observed that the trading volume of Bitcoin skyrocketed a month before and after the halving event, indicating increased investor enthusiasm.
Historically Bitcoin price rallies have also pulled altcoins along. The wave usually starts with Ethereum leading the pack as the others herd behind it. As the altcoins do not move as fast as Bitcoin during its bull-run, investors often move to altcoins after Bitcoin prices stabilise.
Also Read: Crypto winter: What does it mean, and could it extend into an 'ice age'?
In such a situation, it becomes imperative for miners to maintain a sustainable modus operandi as the cost of operating rises and the reward reduces. After the Chinese crackdown on crypto mining and trading, a large chunk of its mining power has migrated to the USA and Kazakhstan. It has, however, been an unfortunate move for those who chose the latter as political turmoil and high-emission mining has led to electrical disruptions that hamper the mining process.
(Edited by : Jomy Jos Pullokaran)
Check out our in-depth Market Coverage, Business News & get real-time Stock Market Updates on CNBC-TV18. Also, Watch our channels CNBC-TV18, CNBC Awaaz and CNBC Bajar Live on-the-go!