United States’ Bitcoin stockpile is worth more than GDP of Bhutan, Maldives, and Seychelles put together

United States’ Bitcoin stockpile is worth more than GDP of Bhutan, Maldives, and Seychelles put together 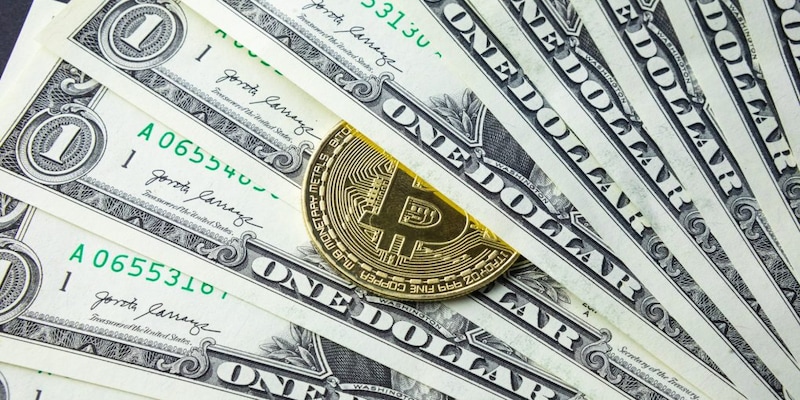 America has seized and auctioned Bitcoin worth $8.6 billion, which is equivalent to the GDP of Bhutan, Seychelles, and the Maldives put together. As per various reports, the US government have seized and auctioned nearly 2 lakh bitcoins. But why does the US have these cryptos? Let's find out

The United States has seized and auctioned over 185,000 bitcoins in the past few years, the value of which is equivalent to the GDP of Bhutan, Seychelles, and the Maldives put together. At the current price of Bitcoin—$46,500—the US has seized and auctioned bitcoins worth $8.6 billion. The GDP of Seychelles, Bhutan, and Maldives is approximately $1.5 billion, $2.5 billion, and $4 billion, respectively.

“In the fiscal year 2019, we had about $700,000 worth of crypto seizures. In 2020, it was $137 million. And so far in 2021, we are at $1.2 billion,” Jarod Koopman of the Internal Revenue Service (IRS) had told CNBC in August. However, the government had sold the coins well below Bitcoin’s current price.
In fact, as per an NBC report, in November 2020, the agency had seized $1 billion worth of Bitcoin in connection with the illegal Silk Road marketplace. The case is still pending, so the holdings are in a Bitcoin wallet. But in the year since, Bitcoin’s price has nearly tripled to reach an all-time high of $69,000. It is currently trading at $56,000-level, up from $18,000 in November 2020.
Also Read // Explained: How crypto wallets can help you manage your holdings
But why does the US have Bitcoin?
The government obtains these Bitcoins and other assets from high-profile sting operations. Other assets like “10 boats, 12 cars, and then one of the lots is X number of bitcoin being auctioned,” Koopman said.
For example, the Silk Road marketplace operation that had made the department thousands of Bitcoin richer. It was the biggest-ever seizure for the department, made possible when the IRS used Chainalysis, a software company, to identify previously undetected transactions.
Silk Road is a dark web marketplace that allowed people to buy and sell drugs using digital currency. Since then, the coins have been in the government’s possession for “bureaucratic reasons,” an NBC report stated earlier in December.
In November 2020, the Justice Department was seeking the cryptos stolen by an unnamed hacker from the notorious website, as per a Reuters report.
The department had seized Silk Road in 2013, and its creator, Ross Ulbricht, was convicted in 2015 for enabling drug sales via Bitcoin. He had been sentenced to life in prison.
Hmm, go on
Apparently, the IRS has been doing this for a long time now. In November 2021, it had seized Bitcoin worth $56 million as part of a massive conspiracy involving BitConnect, a cryptocurrency investment scheme, which defrauded investors from the US and abroad over $2 billion. The scheme was believed to be the largest cryptocurrency criminal fraud.
The country has been using crime-fighting tools to track and seize cryptos designed to evade law enforcement. The IRS works with other government agencies like the Federal Bureau of Investigation, Homeland Security, or Drug Enforcement Agency.
Also Read // Crypto Scams: What they are, how to recognise them and stay safe
What happens to these bitcoins?
Once the government acquires these coins, the holdings go through three main junctures. One, search and seizure. Two, liquidation. Three, deployment of proceeds from crypto sales.
After search and seizure, the government auctions these cryptocurrencies. The US Marshals Service usually carries out such auctions. Since last year, the US General Services Administration was also involved in auctioning. US Marshal's website inviting applications for bitcoin auctions
Since 2014, the departments have seized and auctioned nearly 1.85 lakh bitcoins in nine auctions, minting nearly $180 million, per an NBC report. These coins would have been worth nearly $8 billion today – over 56 times higher.
In the first Silk Road-related seizure, it had taken hold of 29,657 bitcoins. This amount might have made the department $18 million. The coins would have fetched over $1.6 billion if they were sold today.
In 2018, it had sold 500 Bitcoin for $5 million. It could have been worth $23 million now. In 2014 it had auctioned 30,000 Bitcoin for $19 million. That amount is now worth $1.3 billion.
In the BitConnect Ponzi scheme case, the proceeds from the auctions will be used to reimburse the victims.
Having auctioned off the bitcoins for US Dollars, the proceeds are sent to the Treasury Forfeiture Fund or the Department of Justice Forfeiture Fund. The investigative agencies usually make the decision. The money is then used for funding various operations.
Also Read // Some stablecoins not completely pegged to US dollar, says US oversight council
(Edited by : Santosh Nair)
EXPLAINERS
What is Terra network and why is its token Luna scaling new highs?

Terra is an open-source blockchain platform for algorithmic stablecoins, that are pegged against traditional fiat. Terra's native currency Luna is a versatile token in the network that is extremely important in the rise of the terra platform.