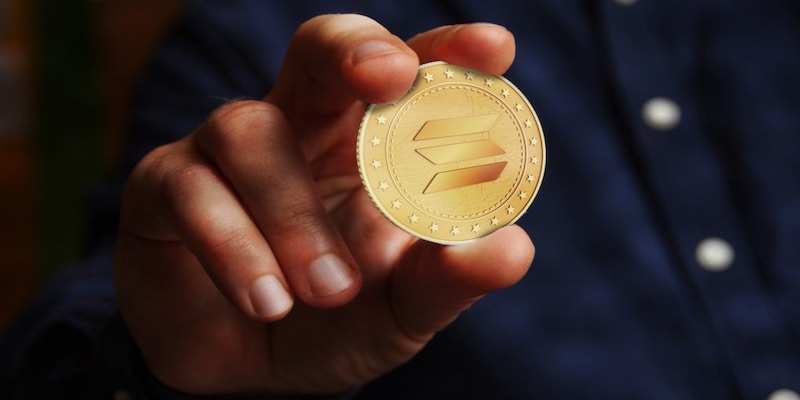 The Solana network experienced a major outage last Tuesday, which lasted for over 17 hours. The outage came when its native token SOL was making spectacular gains, rising from $1.86 in January 2021 to $171 at the time of the recent crash.

The system breakdown kept $11 billion of investors’ money locked for those excruciating 17 hours. Following the disruption, SOL prices crashed 5.06 percent from $171.48 to $142.86.
Currently, the SOL is trading 2 percent higher, but it is down over 15 percent in the past seven days, according to data from CoinMarketCap.
Also Read | 'Dogefather' Elon Musk tweets Floki Inu to new heights: All you need to know about crypto world's new sensation
What caused the outage?
Primarily, the outage occurred due to resource exhaustion when the transaction load touched 400,000 Transactions Per Second (TPS).
Solana came out with a preliminary investigation report into the outage titled ‘9-14 Network Outage Initial Overview’ on September 20. Describing what led to the network breakdown, it said, “The cause of the network stall was, in effect, a denial-of-service attack. At 12:00 UTC, Grape Protocol launched their IDO on Raydium, and bots generated transactions that flooded the network. These transactions created a memory overflow, which caused many validators to crash, forcing the network to slow down and eventually stall.”
Grape Protocol, which offers social networking solutions, launched its initial DEX offering (a new asset hosted on a decentralized exchange) on the Raydium network, offering market-wide liquidity. Raydium is built on Serum DEX, which again is hosted on Solana.
The report further says, “The network went offline when the validator network could not agree on the current state of the blockchain, which prevented the network from confirming new blocks.”
Solana Founder Anatoly Yakovenko confirmed on Twitter that the disruption resulted from bot trading as part of Grape Protocol’s token offering.
What should you know about the Solana network?
It is supposed to be the fastest, and it is a key component for scalability in the blockchain industry. Given this, Solana is a perfect choice for all new developers of decentralized apps (dapps) from Grape Protocol to Raydium and Serum.
The Solana ecosystem has grown to have over 400 projects in Defi, NFT, and Web 3.0. It compares noticeably with Ethereum, which has 3600 dapps in its network.
Solana was launched in April 2020, while Ethereum has been around since 2015. With the rate at which Solana is growing, it’s not hard for the investors to see that it will soon catch up with other networks in the list of largest blockchains.
Solana has jumped about 200 in September 2021 alone and 4816 percent over the last year.
Also Read | Explained: Why Solana is outperforming Bitcoin and Ether
How was the Solana network restored?
Once the problems were identified and initial steps to reset them failed, the Solana community proposed to set off a hard fork -- a change in protocol to allow divergence of the network’s path from the last confirmed slot.
The proposal had to be endorsed by 80 percent of the active stake. Solana works on ‘proof of stake’ where transactions or decisions had to be validated by ‘proof of stake’.
Solana’s initial probe report describes what happened next: “Over the next 14 hours, engineers from across the globe worked together to write code to mitigate the issue and coordinate an upgrade-and-restart of the network among 1000+ validators,” it notes.
After the consensus was reached, the network upgrade took two and a half hours to complete. “The validator network restored full functionality…, under 18 hours after the network stalled,” the probe noted.
How Solana reacted to the crisis?
Reacting to the Solana network breakdown, its founder Anatoly Yakovenko tweeted on September 15, “better now than when it a billion users” Talking about how it hurt the image of the network; he said, “Just need to fix the bugs. Part of life.”
Also Read | Deciphering Solana's meteoric rise as other cryptocurrencies including Bitcoin take a hit
Service breakdown is not uncommon in the blockchain industry.
The breakdown of the blockchain network due to resource exhaustion is nothing. It has been happening with pretty much every network. Solana itself had experienced a similar breakdown in December last year.
Ethereum network experienced a service outage on November 11, 2020. In May 2021, two leading exchanges Coinbase and Binance, experienced service outages leading to a free fall in top coins that eroded almost $1 trillion from the markets.
What is the takeaway for the industry, at large?
The initial Solana probe into the outage throws light on two crucial aspects of systematic failures: one, resource exhaustion, and another, delay in consensus among the validators to take a quick decision.
While the former represents the weakness of all digital infrastructures, the latter shows that despite decentralization being the buzzword in the blockchain industry, the power to take essential decisions is centralized in a few people. These aspects are among the common vulnerabilities of blockchain networks, and the financial ecosystem being built on them. Solana claims that its network can process 710,000 TPS.
Consequently, it’s able to offer a much lower transaction fee at $0.00025 compared, for example, to Ethereum’s $5.6.
Also Read | Polkadot cuts the race, recovers faster than Bitcoin, here's why
(Edited by : Yashi Gupta)
Check out our in-depth Market Coverage, Business News & get real-time Stock Market Updates on CNBC-TV18. Also, Watch our channels CNBC-TV18, CNBC Awaaz and CNBC Bajar Live on-the-go!